By far the loudest cries of alarm about the Iran nuclear agreement are coming from the only country in the region that has a nuclear arsenal — Israel. 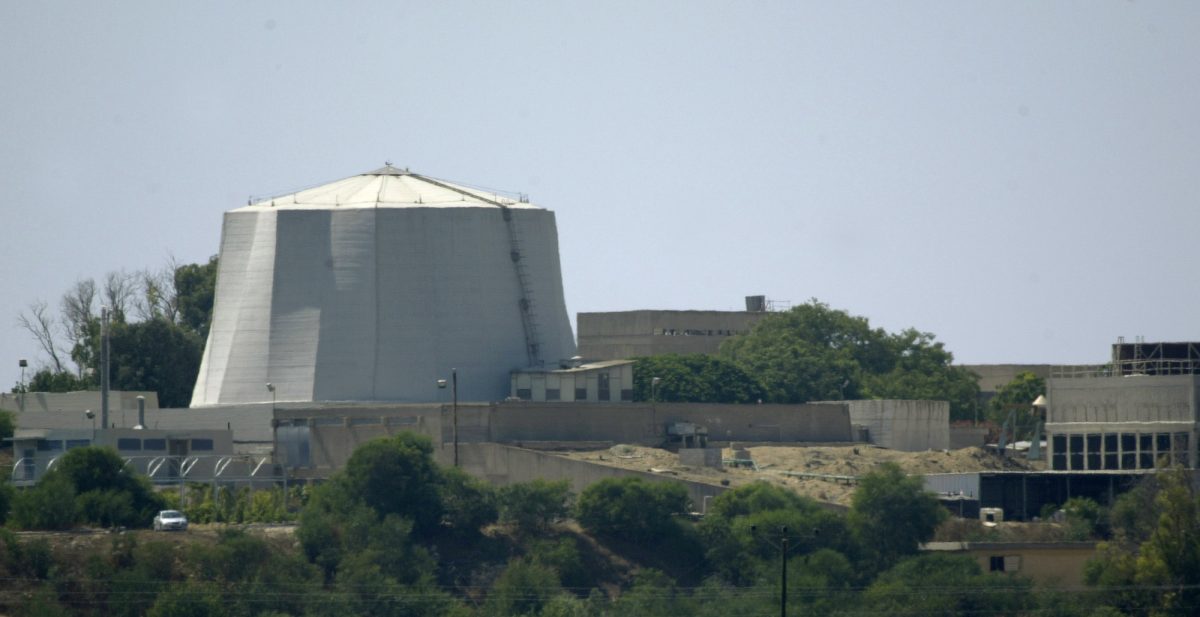 (This article was originally published by The Arab Weekly.)

The historic agreement between Iran and six world powers on Tehran’s nuclear program has a side effect virtually ignored in the West – the deal perpetuates Israel’s nuclear monopoly in the Middle East. As long as that persists, the notion of eventually turning the region into a nuclear-free zone remains a fantasy.

Critics of the accord between Iran and the P5+1 — Britain, China, France, Germany, Russia and the United States — say that Iran cannot be trusted to stick to the accord, which restricts Tehran’s ability to work on nuclear weap­ons in return for lifting harsh economic sanctions.

Skeptics point to past Iranian efforts, documented by the United Nations’ nuclear watchdog agency, to conceal parts of its nuclear program and its efforts to enrich uranium in secret facilities.

By far the loudest cries of alarm about the agreement are coming from the one and only country in the region that has a nuclear arsenal — Israel.

In the latest edition of its yearbook on armaments, the Stockholm Interna­tional Peace Research Institute estimates that Israel has 80 nuclear warheads. Other estimates are higher. Israel neither confirms nor denies it has atomic bombs under a U.S.-blessed policy of “nuclear opacity”.

There is an irony of history in vociferous Israeli objections to the deal and in its outrage over deceptive Iranian practices. Why? They resemble those of Israel from the time it began working in the late 1950s on nuclear weap­ons at the Dimona reactor in the Negev desert.

The veil of secrecy over the project was so effective that it took years for U.S. intelligence to figure out its purpose, according to Avner Cohen, a leading expert on Israel’s nuclear bombs.

The loudest cries of alarm about the agreement are coming from the one and only country in the region that has a nuclear arsenal — Israel.

Cohen and William Burr, a senior analyst at the National Security Archive, recently released documents that add detail to the story of Israeli nuclear deception. One of the papers refers to an Israeli official’s answer to a question U.S. Ambassa­dor to Israel Ogden Reid asked when the two were flying over a construction site near Dimona in 1960.

“What is being built there?” Reid asked. “It’s a textile factory”, he was told.

Middle East pundit Juan Cole has ascribed Israel’s fierce opposition to the nuclear deal to “mirror thinking” — Israel cheated so it assumes Iran will cheat, too.

Almost a decade of on-and-off negotiations between Iran and the P5+1 has produced analyses on subjects from the number of centrifuges to what type of bomb would be required to knock out nuclear reactors if the deal fell apart and Iran moved towards weapons production.

But there has been almost no debate in the West on how maintaining the present imbalance of nuclear power in the Middle East could be compatible with long-standing calls to turn one of the world’s most volatile regions into a nuclear-free zone. It is an idea that has been on the UN agenda for decades and enjoys overwhelming international support.

But there is a large gap between words and deeds, particularly where Israel is concerned.

In May, a UN meeting meant to strengthen the Nuclear Non-Proliferation Treaty ended in failure when the United States and two of its closest allies, Canada and Britain, opposed a proposal to have a conference on a nuclear-free Middle East.

It would have required Israel to confirm its nuclear arsenal.

Bernd Debusmann is a former columnist for Reuters who has worked as a correspondent, bureau chief and editor in Europe, Latin America, the Middle East, Africa and United States. He has reported from more than 100 countries (and lived in nine). He was shot twice in the course of his work – once covering a night battle in the center of Beirut and once in an assassination attempt prompted by his reporting on Syria.