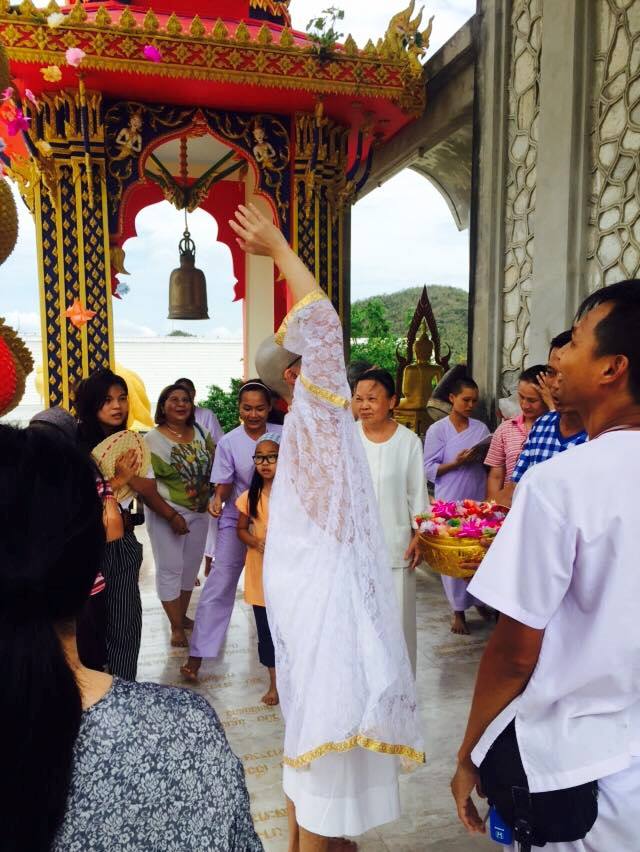 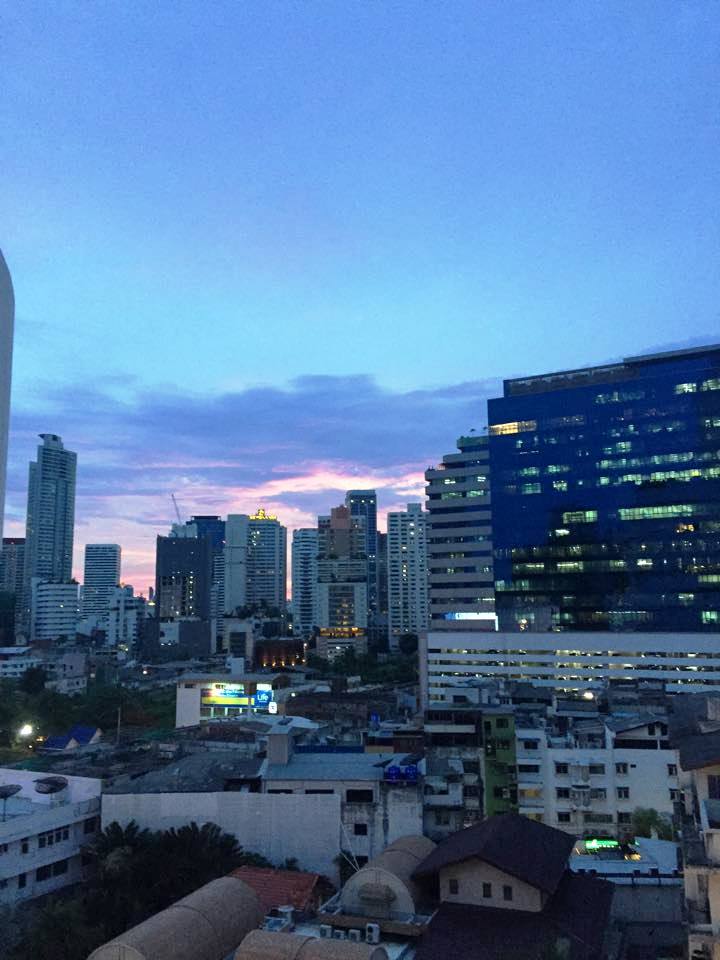 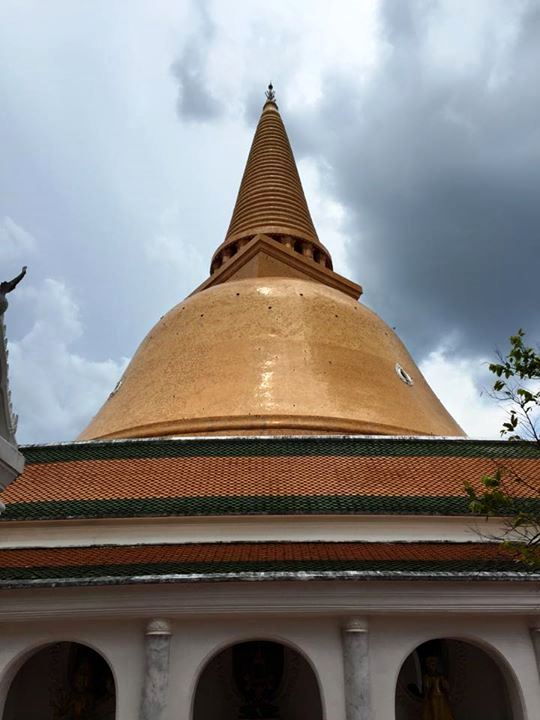 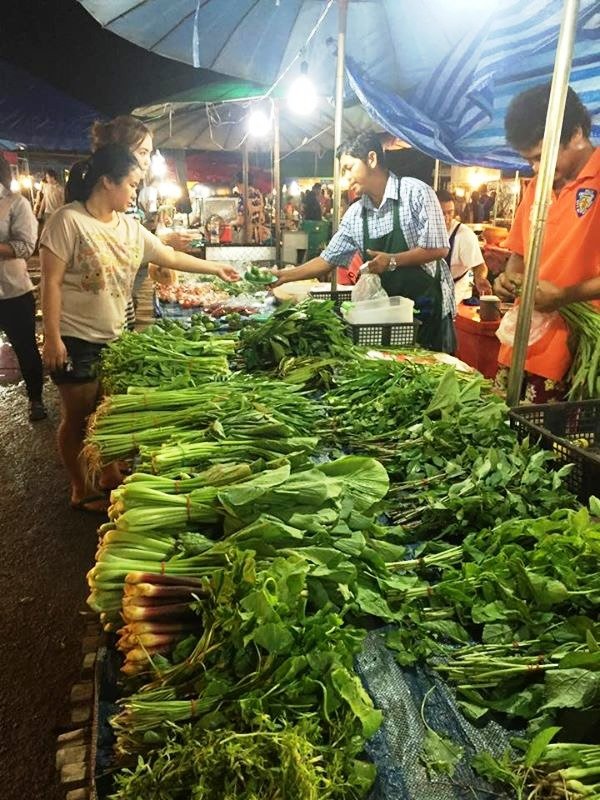 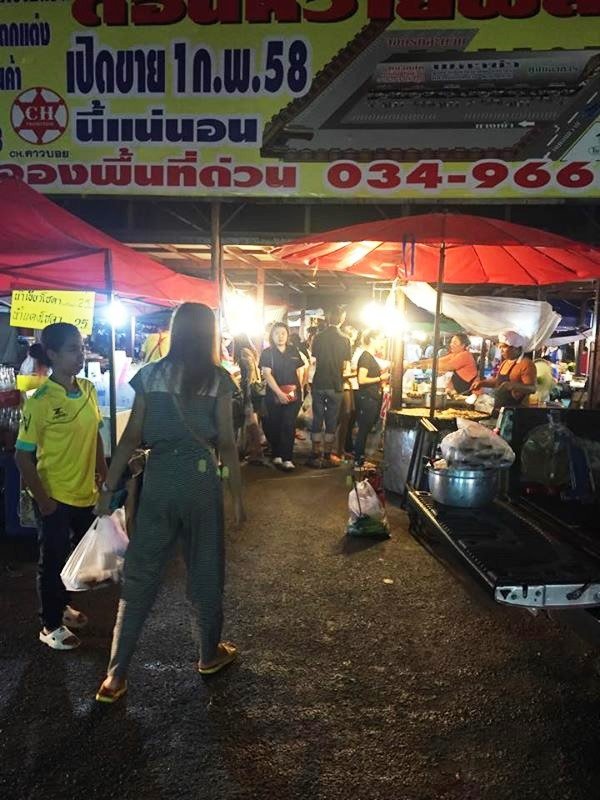 It is a busy Saturday at Chatuchak Market in downtown Bangkok. Food stalls and handicrafts line streets crowded with Thais and foreign tourists. Street performers sing and dance, weaving between woks and spice baskets.

Thailand is ruled by a military junta that took power in May 2014 after years of political tension and violence. Yet life carries on in what guidebooks call “the land of smiles.”

As an intern at a non-governmental public policy think tank in Bangkok, I translate research materials and help produce infographics capturing statistics about education attainment, income inequalities and political participation.

Every day I consider the apparent contradictions of Thai society: How can people under martial law live in such apparent serenity from day to day? How can we explain seemingly widespread contentment when the military overthrew a prime minister who had won power by a landslide?

The untroubled attitudes at Chatuchak Market have a basis. Thailand has one of the world’s lowest unemployment rates, one that has stayed subdued over the years despite recurrent political turmoil. In April the rate was a mere 0.85 percent, according to the Bank of Thailand.

Consumer prices are forecast to remain stable this year after rising by less than 2 percent in 2014.

Thailand’s economy still depends largely on agriculture, and subsistence farming persists in some regions. Still, the sense of satisfaction and contentment at Chatuchak Market has its roots in the relatively strong job outlook.

What is more, the junta has been endorsed by the royal family and by extension large numbers of Thais who are loyal to the king and who consider the monarchy a unifying force over a divided electorate.

Opposition to the junta is strongest in rural Thailand. They struggle to make their voices heard in the capital and beyond.

Political gatherings of more than four people are banned. Many websites are censored. The name of a political leader who was strongly supported by rural voters and who was the force behind the government that was overthrown in a coup has been wiped from history textbooks that the junta has ordered used in schools.

Leaving the office where I work, I navigate between rows of food stalls, cheek-to-jowl at Chatuchak Market. A shopper is haggling over dried tamarinds, driving a hard bargain. In this public setting, it’s hard to grasp any discontent.

I, too, appreciate the security that comes with economic stability. My family members will receive salary checks at the end of the month.

But I can’t help but wonder if complacency is misplaced — and unsustainable. At what point will calls for democracy and an end to military rule multiply?

Widespread employment, low inflation, martial laws and loyalty to the royal family explain the contentment I sense in Bangkok. But is it a thin veneer?

Elections are due at the end of 2016. Before then, will censored Internet users, academics and rural voters unite to pose a threat to complacency in the land of smiles?

Robert Conner is a Thai-born student from Suratthani, Thailand. He graduated recently from the Phillips Exeter Academy secondary school in the United States and is now on a gap year before university. Before attending Exeter, he lived with his family in Southern Thailand, where he was shaped by Thai and foreign cultures. Robert, who is 18 years old, has a keen interest in human rights and while at Exeter volunteered for Amnesty International.