Taiwan has long been a crossroads of empires and a refuge for resistance. I arrived as a flaneur, with few expectations of making local friends. 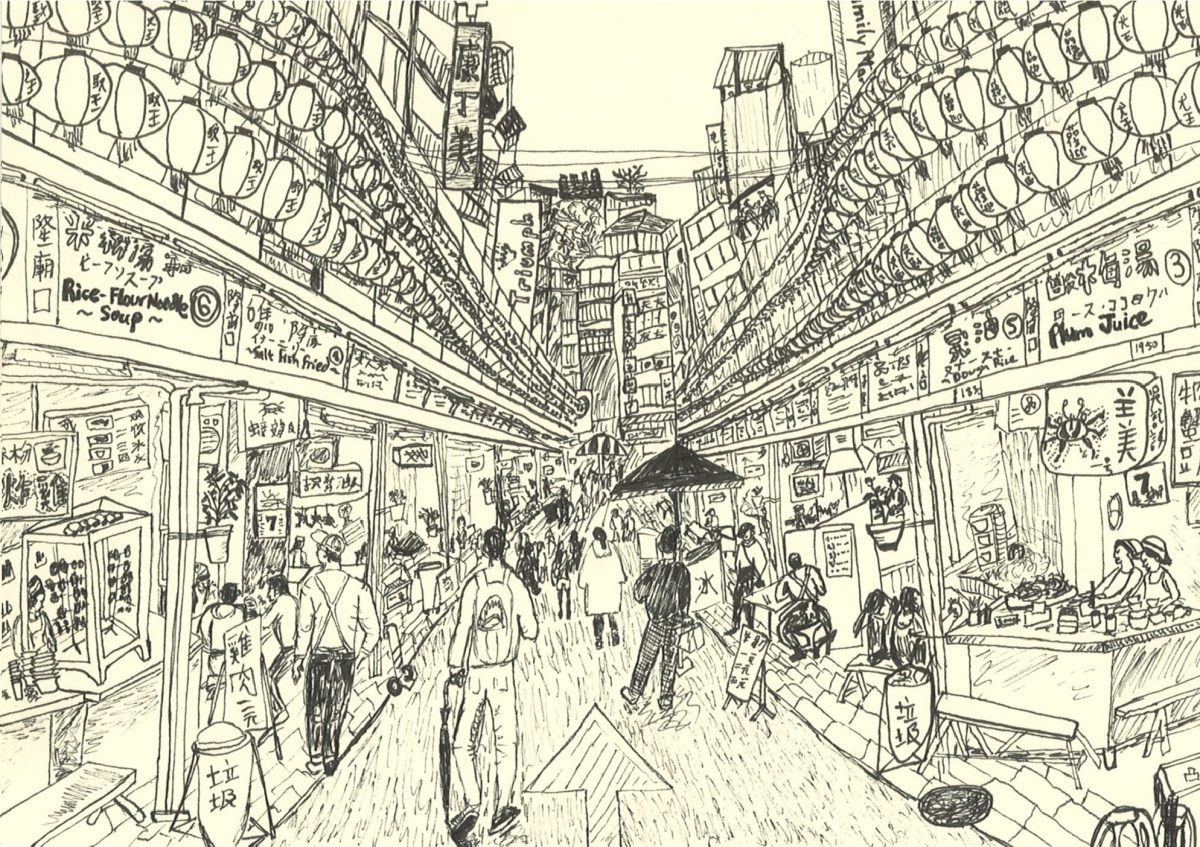 Taiwan has long been a crossroads of empires. Over the past 500 years, Chinese settlers, Dutch traders and Japanese imperialists have all planted their flags on the land of Taiwanese aboriginal groups.

The island nation has also been a refuge for resistance from mainland China: the Ming loyalist Koxinga in 1661, fleeing from the Qing armies, and Nationalist Kuomintang forces in 1949, seeking respite from Mao Zedong’s Red Army.

In 2016, I was seeking a refuge of sorts. After three years working in the bustle of a booming Beijing, I moved to a quiet neighborhood in Taipei.

My goals were assured yet vague — as a visitor from the American Midwest, I wanted to acquaint myself with this little island sibling and its lush, green coastline. And with an interest in medicine and an opportunity to freelance locally as a translator, I looked forward to improving my medical Chinese and volunteering with Taiwan’s enviable national healthcare system.

But something else about the place called to me: the wild hot springs sprinkled throughout the mountains, the immaculate Japanese-era alleyways and the sensibility that values tradition, fine tea and small bookstores.

I had visited Taiwan once before, in 2014, and the open society I found there felt like a quiet revolution in the wake of China’s growing economic and geopolitical might.

The day that I arrived, I found Taipei train station packed with college students carrying banners and sleeping on backpacks. They had just elected the country’s first female president, progressive candidate Tsai Ing-wen, who had promised to uphold minority rights and fight for Taiwanese economic independence.

With no local roots, Mandarin fluency my only real tool for connection and a compulsion to stroll Taipei’s side streets, it’s safe to say that I was coming as a modern-day flaneur. I had few expectations of making many local friends.

I looked to embrace my newfound solitude and decided to head out of the city for a week of silent meditation. Before the veil of silence could fall, however, I met Seth on the way to the retreat center.

Seth had just moved to Taiwan from Hong Kong. As a journalist in Hong Kong, he had witnessed a growing police presence and restrictions on civil liberties that came directly from Beijing. He saw Taiwan as a wellspring for free speech and liberal politics, and with one of the highest free press rankings in Asia, as a place where he could continue to write.

Apart from escaping growing pressures back in Hong Kong, Seth was drawn to Taiwan by a new short-term policy — if he remained in Taiwan for 12 months and met a few requirements, he could immigrate permanently to the island.

Upon completion of a 12-month residency and mandatory military service this year, he will be able to finalize his application for Taiwanese citizenship, cementing a spot in his new home.

Returning from the retreat, I met friend number two, with another perspective on Taiwan. With a shaved head and round, wire-rimmed glasses, Shawn immediately left an impression at his art-filled flat in Taipei.

Shawn grew up in central Taiwan and has lived on the island his entire life. But after graduating from college and settling in Taipei in 2013, he encountered immediate frustration in the job market. Too many college graduates were competing for too few new jobs.

When I met Shawn, he was helping to coordinate the renovation of a collection of rustic Airbnb apartments in Taipei, but it wasn’t a long-term solution for employment. Even after he found a full-time position in an art gallery, he felt like his prospects remained limited.

After watching his older brother move to Hangzhou, China, for a tech job, Shawn, too, has set his sights on a career on the Chinese mainland. Shawn would like to maintain his Taiwanese citizenship and the freedom of his current passport, but if finding a job working on an art market app requires a move to Shanghai, he will not hesitate to cross the straights.

Just as I had began to feel surprised and spoiled by this abundance of friendship, another compadre stumbled onto the scene. Ryan had been a fellow retreat-goer at the meditation center and had cut a striking figure practicing freestyle taiqi during our afternoon breaks.

I later learned that he is a relatively popular actor in Chinese TV dramas and films. He is also a rare find: a borderless ethnic Chinese with no strong affinity to a one nation. He was born to Chinese immigrants in Thailand, attended grade school in Guangzhou, moved to Taipei for high school and then began his acting career in Beijing.

Ryan speaks Cantonese, Taiwanese, Mandarin and the Chaozhou dialect fluently, although when he travels back to Thailand on his Thai passport, customs officials scratch their heads. He’ll implore in English that he is a Thai citizen, adding “I don’t speak any Thai.”

Ryan had returned to Taiwan to advance his film career. When he wasn’t on set with a grueling production, he had a penchant for taking our growing crew out to old-school restaurants that served the cuisines favored by earlier nationalist refugees to Taiwan: a Shanghainese restaurant that had formerly catered to the Kuomintang Air Force or a Chaozhou restaurant dishing up seafood specialties from Ryan’s ancestral hometown.

As we chatted in Mandarin about Academy Award winners or Chinese rappers, I marveled at how we had come together from such different places over the span of a few short months.

We were all actively seeking and scaling borders in different directions for a multitude of reasons. Taiwan’s unique openness to blurring these boundaries had helped us see across the table, and fate, or yuanfen as the Chinese call it, had brought us together along the way.

Brendan Ross has spent time translating and interpreting in Taiwan, studying in Beijing and teaching high school in Changsha, Hunnan, China. He now finds himself preparing for a career in medicine in the United States while holding onto dreams of building bridges back across the Pacific. He grew up in big towns and small cities throughout Iowa and Missouri, and now lives and works in Boston.