China wasted no time shipping aid to Italy as the European nation struggled to contain COVID-19 — “soft power” to counter criticism of Beijing. 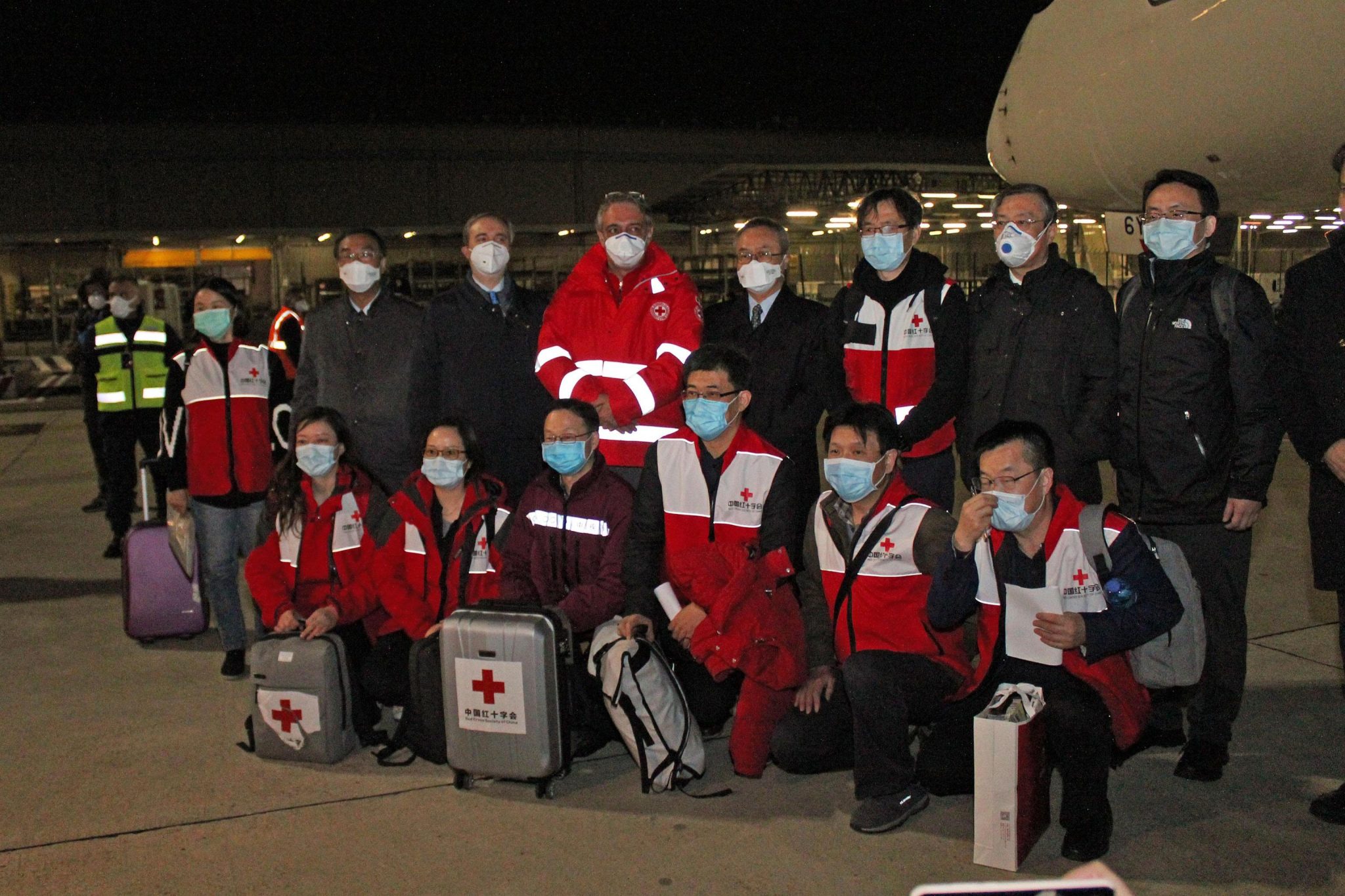 A China Eastern flight from Shanghai with aid for the coronavirus arrives in Rome, Italy, 12 March 2020. (EPA-EFE/TELENEWS)

At the beginning of March, as the coronavirus crisis began to ravage Italy, Rome’s ambassador to the European Union wrote pointedly on the Politico news site that only a far-away friend, well outside the bloc, had pledged aid.

Although the European Commission had asked member states to help Italy, Maurizio Massari wrote that “unfortunately, not a single EU country responded to the Commission’s call. Only China responded bilaterally. Certainly, this is not a good sign of European solidarity.”

Two days after the article, the first Chinese plane with help landed in Italy. This was a potent symbol of China’s ability and willingness to assist — and also a sign that China knows it has a big problem with perceptions about the coronavirus, over and above the human and economic toll.

“Chop Flue-y,” “The Wuhan Virus,” “The Chinese Virus” — from school children’s taunts to the president of the United States’ official utterances, China, the country where the disease first appeared, has faced criticism and blame.

Accused of fudging statistics and of making the original problem worse because of a lack of transparency and even lies, China has responded with bluster, anger and aid — shipping masks, equipment and doctors to hot spots around the world.

China has made ‘soft power’ a major effort in past years.

China’s aid missions get huge publicity at home in the state-controlled media. They also get covered in the Western press, but it is an open question whether that can quickly turn sentiment towards China positive again.

The shift to negative public opinion about China is a blow to Beijing, which has made “soft power” a major effort in past years, spending vast sums of money to bolster its image to match its status as the second-largest economic power in the world.

“Soft power” is a term advanced by American political scientist Joseph Nye, who argued that in addition to the hard power of armies, countries need the soft power of their reputations to get what they want and need.

Soft power stems broadly from culture, political values and policies. For example, the pervasive popularity of American TV shows and movies helps present the United States as a place that people around the world want to go to and imitate. In many poorer countries eager for assistance, China’s multi-billion dollar Belt-and-Road infrastructure initiative positions Beijing as a helpful and important ally.

China is not the only country trying to project soft power, of course, and not the only one to try to win some with the fight over the virus.

When Russia sent aid to Italy, the trucks were bedecked with heart-shaped stickers that declared, in Italy’s national colors, “From Russia With Love.” And when Moscow sent aid to the United States — a country more used to giving aid than receiving it — President Donald Trump said it was “very nice.” That’s about as big a soft power win as one can get.

It’s up to us to evaluate what we are seeing.

Soft power symbolism is just that: symbolism. Whether the symbols ever take on a life of their own depends firstly on how they are reported and presented, and secondly on how viewers and readers look at what they see.

It is the nature of the news business that they will get reported. Planes carrying aid, equipment, doctors and nurses — that’s good video. When Cuban doctors landed in Lombardy and waved Italian and Cuban flags for the cameras on arrival, that was a great — albeit cheesy — picture that was bound to get used somewhere.

But it is up to viewers and readers to evaluate what they see and put it in context, just as they must put American TV series in context and decide if the “Friends” sitcom series is a realistic ideal of New York life that one should aspire to. So must we put China’s Belt and Road program into context and decide whether the projects are worthwhile deals and delivering on their promises.

(Note: In my consulting practice, I have advised media companies from around the world, including from China.)