Smartphones mean high school is just not the same

Smartphones can be great learning tools, but they can also be addictive, interfere with learning and contribute to bullying. I know — I teach high school. 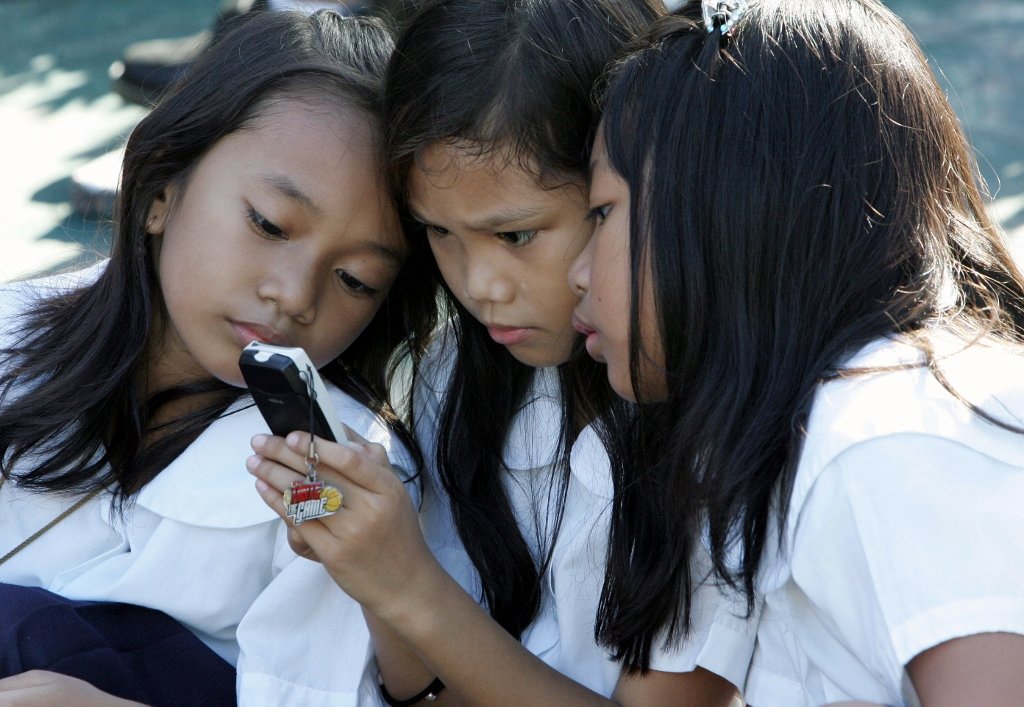 I walk into a nearly silent classroom of bowed heads on a Tuesday morning. Some students sit in groups of three or four sharing a screen, while others sit alone, white headphones dangling down their shirt. A few people are chatting, but the classroom is quieter than a room of 30 teenagers should be.

When the head teacher walks in behind me, everyone stores their phone — in their pocket, under their books, in their bag — and class begins. Their screens aren’t visible, but they’re never out of reach.

I am an assistant English teacher at a high school in Madrid, Spain. I teach 13 different groups, with ages ranging from 12 to 18. After seven months of leading classes and observing students, I see how smartphone use has changed the experience of being a high school student, inside and outside of class.

Smartphones can be incredibly effective tools for learning, but when people become too absorbed in the personalized world of their phones, these devices can cause academic and social problems.

Some people argue using smartphones and other new technologies closes people off. I think it has opened our world by making it easier to travel, meet interesting people and learn new ideas.

Technology in the high school classroom has been troubling.

Technology makes my lessons more engaging and classroom organization simpler. The students use a Whatsapp group message with teachers to communicate about homework and projects. I encourage my students to practice their English by showing funny Superbowl commercials and prank videos. We often use our mobile dictionaries to look up words during class.

But some incorporation of technology in the classroom has been more troubling. When I ask my students about their hobbies and free time, many tell me about binging on Netflix shows, YouTube channels and Reddit. During the section on book genres in the textbook, only three students in my class had read a book for pleasure.

I find myself spelling out simple answers to unfocused groups, with many students not even attempting to think through the question. In some classes, I hear stories of students being singled out online, being bullied for Instagram posts or receiving hateful messages from their peers.

The school has attempted to reduce distracting technology in the classroom. Technically, students are not allowed to use their phones in class or in the hallways. However, most teachers have accepted that this policy is impossible to uphold.

I spoke to a history teacher at my school, who has been teaching for 31 years. She said she started noticing a shift in her students’ behavior about ten years ago.

“Every year for the past 10 years, they’re less informed and less interested in class,” said the teacher, who asked not to be named. “Every year, I teach less content.”

Many of her students lack the ability to focus and grasp high-level concepts, she said. She believes mobile phones lessen students’ abilities to think critically since many spend free time consuming social media or texting rather than engaging in hobbies.

“The language of cell phones is simple,” she said.

The addictive nature of smartphones

Our smartphones deliver information instantly. In a short Tweet or Snapchat, there’s no need to deduce the argument or identify the important information because it’s spelled out for the user.

She said she has also seen an increase in problems socializing. Bullying has increased, facilitated in part by anonymous cyberbullying, and students have less practice holding a conversation in person and presenting to groups.

Alba Mas Vivancos, 18, is a student at Colegio Alfinach in Valencia, Spain. Her school has a strict policy on cell phone use during class: it can be taken away for two weeks if discovered by a teacher. However, she said there’s always someone breaking the rule.

“The biggest change I’ve noticed is at break time,” this student said. “Many students stay in the classroom with their phones and don’t go to the patio to socialize.”

However, she said she prefers to limit her phone use and prioritize hanging out with her friends in person.

Students are not less intelligent or less motivated today than they were in the past. When considering this shift in behavior, it’s important to look to the leaders of technology companies and the addictive nature of smartphones.

Every year, phones and apps are designed to be more engrossing and time-consuming. As the competition grows more fierce between technology companies, the designers use increasingly persuasive techniques to keep users on their page longer, such as videos that auto-play and incorporating games into the app.

It has never been easier to inform ourselves about the world’s problems, but as we become more engrossed in our phones, we become less capable of solving them. We become more complacent, more distracted, more passive in our criticism.

When the bell rings and class has ended, everyone grabs their phone again to see what they’ve missed in the past hour.