Reflections of a Reluctant Hillary Volunteer

I was a reluctant volunteer for Hillary Clinton. I was propelled by fear of how I’d feel if the unthinkable happened. Now I’m angry I did not do more. 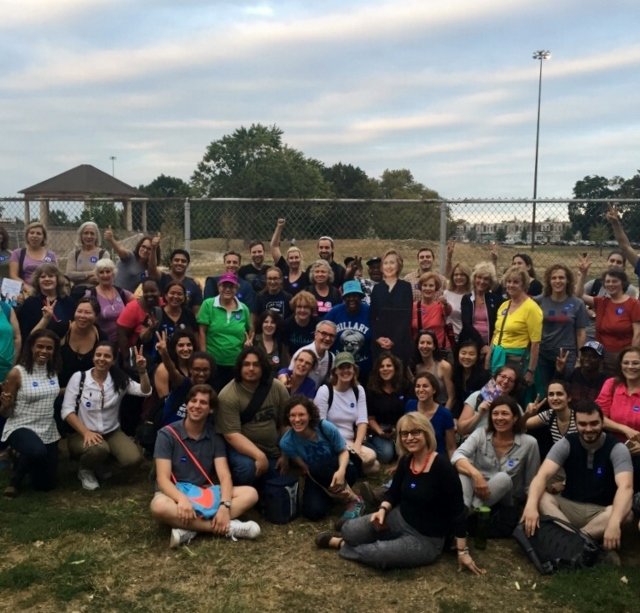 The author (seated in front, in black) with Clinton campaign volunteers in Pennsylvania

The days since November 9 have been draining and scary for this ambivalent yet fairly vigorous volunteer for Hillary Clinton’s presidential campaign.

My visceral fear of her opponent began with his descent of the Trump Tower escalator months ago. This past summer and fall, that fear fueled my decision to donate free time to Clinton’s campaign.

In August, I started checking polling websites as often as twice daily — and as November 8 approached, every few hours. I was trying to gauge how much time to allocate to the cause. As many pundits and pollsters now concede, I might just as well have been checking my horoscope.

This was the first presidential campaign I’ve felt strongly enough to work for, powered by a sickening dread of what has come to pass.

Now that it’s over, I remember the faces of the Spanish-speaking and African-American voters I registered or re-registered in what Trump would call an “inner-city” neighborhood of Philadelphia. The vagaries of life push residents of the largely Puerto Rican and Dominican-American area to move often from one small, crumbling brick row house to another. Those who don’t vote regularly every two years can get dropped from the rolls and are obliged to re-register.

A candle blazes inside a sidewalk shrine to the memory of a boy gunned down days earlier. A bitter young mother playing catch with her son on a side street shakes her head at the mention of politics. “They only come here every four years, before we vote. We never see them after.”

A smiling abuela in a housecoat, hooked up to a mobile oxygen tank, stands in a doorway with her middle-aged daughter. They ask for Hillary stickers and gaily commit to supporting the first woman president.

Sitting on a stoop, a 21-year-old man who has never voted flatly refuses to register, saying there are no differences between the nominees. “So it will be my fault?” he asks cynically after I warn about the possible consequences of inaction. “Yes,” I answer, making eye contact one more time as I turn away.

I am haunted by memories of the hundreds of phone-bank calls I dialed and the conversations of the past few months, some as recently the eve of the election. I talked to voters in Pennsylvania, Florida, Virginia, Ohio, Nevada, Iowa, North Carolina. They were Mexican-Americans, Korean-Americans, African-Americans, men, women, old, young and everything in between.

At some point it started to feel mildly surreal that I was having difficult conversations with total strangers on random calls while avoiding talk of the election with some members of my own large family. When I finally did step up and contact those relatives, our talks could have gone much better.

I am speaking with Nancy, 83, of rural Virginia, who talks in circles about her indecision, shifting from her distrust of Clinton to her distrust of Trump and back again. Before we hang up, she settles on the idea of voting for Clinton — at least for the time being.

An older Korean man answers a number in Virginia. “My son, Sang, vote Hillary for democracy!” he exclaims.

A retired nurse in Florida is up to speed on the issues and knows where to vote, but she is stunned to hear that tomorrow is Election Day.

At the mention of Clinton, a gravel-voiced woman in Pennsylvania slams down the phone, uttering obscenities that are crude even by the standards of the Republican nominee.

After work on Election Day, I rush over to the Clinton victory party at New York City’s Javits Center and hang out there briefly with my friend Sarah, who has been volunteering, donating and raising money for the former secretary of State since 2007. For 36 hours, Sarah and I have both been giddily optimistic. Now, as early as 7:15 p.m., Sarah and I start feeling unaccountably downbeat despite the rollicking festival that is playing out all around us.

We retreat to my place, order pizza and sit on the couch to watch the slow-motion train wreck of the returns. At about 9 p.m., a childhood friend in New Hampshire texts what Sarah and I have been wordlessly sensing: IT’S EERIE THE WAY THE TV PEOPLE SEEM SO DEFLATED. By 11 pm, I am wrapped in blankets, unable to get warm on an unseasonably balmy November night.

I’ve been dealing with mild post-traumatic stress symptoms ever since.

I’m most angry at myself for not doing more.

I’m embarrassed to admit the angry bitterness I feel toward certain relatives, friends and fellow church congregants who — some as recently as two weeks ago — “didn’t want to talk about” or “just couldn’t get excited about” the election. Now that it’s too late, I’m finding it hard to empathize with the “shares” or the blog posts about their shock, grief, tears, despair and fear.

If you feel so strongly, I want to say, then why were you so dismissive and passive this past summer and fall, when something could still have been done about it? And to the craven young pastor, who remained steadfastly neutral to the end and now offers consolation to those who feel “legitimately afraid,” I want to say: What’s the point of having a conscience if you couldn’t make any moral judgments about the grotesque campaign we just witnessed while it was still unfolding?

But I’m most angry at myself for not doing more. Those who contributed far more than I did often voiced what many of us felt: we were propelled in part by fear of how we’d feel on November 9 if the unthinkable happened.

These days, I’m more conscious than ever that for more than 25 years, I’ve been living a few blocks but a world away from the midtown tower home of President-elect Trump. Now that I have trouble commuting home at night, fighting past strict security and rancorous demonstrations, I think to myself: There goes the neighborhood. There goes the planet. 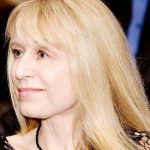 Susan Ruel has worked as an editor on the international desks of the Associated Press and United Press International, and reported for UPI from Shanghai, San Francisco and Washington. A former journalism professor, she co-authored two French books on U.S. media history. A Fulbright scholar in West Africa, she has served as an editorial consultant for the United Nations in New York and Nigeria, and has reported from Latin America, North Africa and other points for newspapers and magazines.