Raising the U.S. minimum wage would both help and hurt

The U.S. minimum wage has not changed since 2009. Joe Biden wants to raise it to cut poverty. Opponents say a rise would hit business. Who’s right? 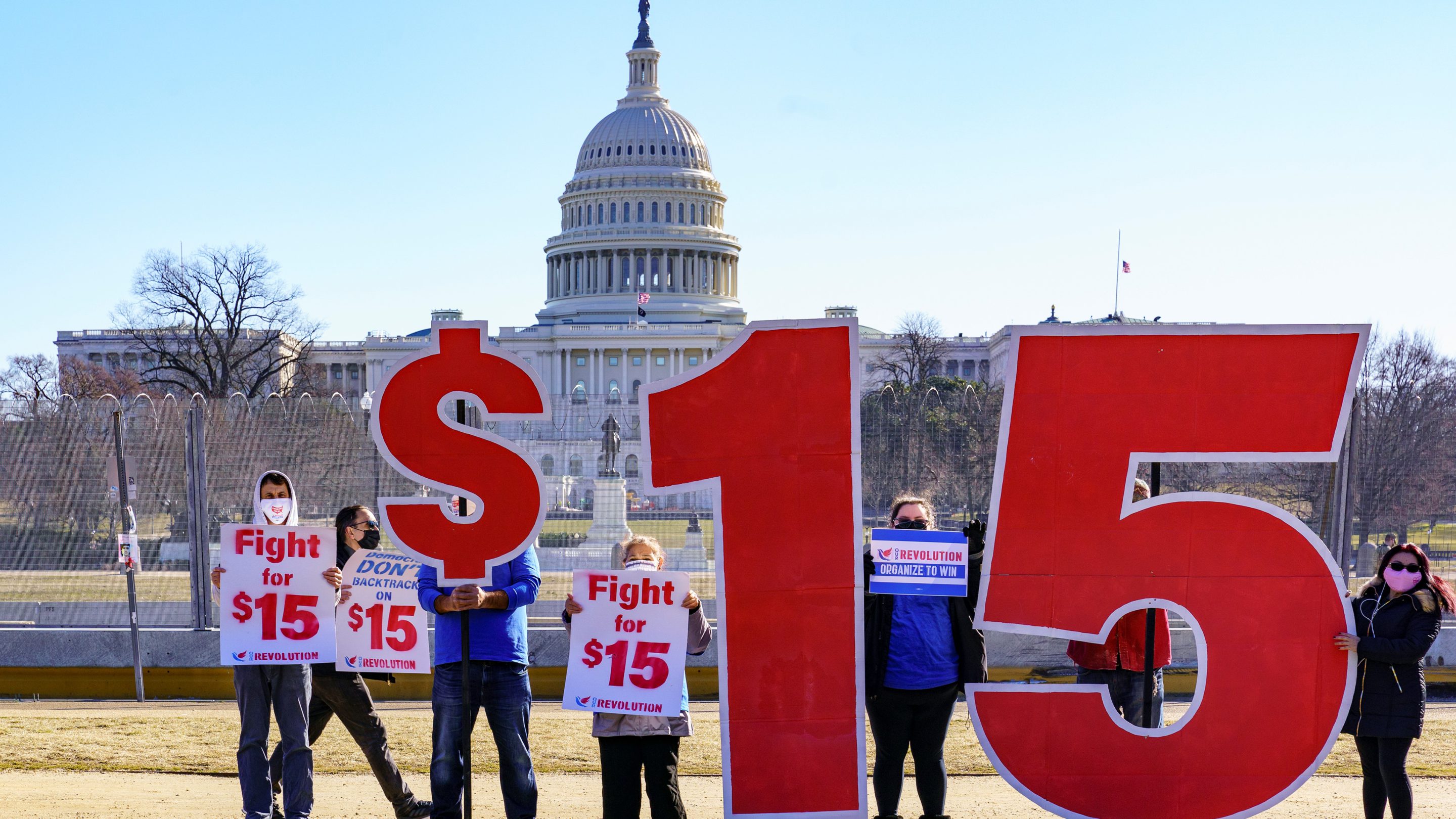 A proposal by U.S. President Joseph Biden to more than double the federal minimum wage to $15 an hour by 2025 — the first increase in more than a decade — would boost the pay checks of millions of workers, lifting many out of poverty.

But it would also throw more than a million people out of work, cause prices to rise, dampen overall economic output, increase the federal budget deficit and hit many small businesses hard, according to the Congressional Budget Office.

As with so much legislation in Washington, support for the proposal splits along party lines. Democrats are pushing to raise the current minimum of $7.25 an hour — “a starvation wage,” according to Senator Bernie Sanders — while Republicans  are balking at such a large increase for fear of punishing businesses, especially small firms.

“No person in America can make it on $8, $10 or $12 an hour,” Sanders said recently. “In the United States of America, a job must lift workers out of poverty, not keep them in it. We must raise the minimum wage to a living wage — at least $15 an hour.”

“Our legislation would raise the floor for workers without costing jobs and increase the federal minimum wage to $10, automatically raising it every two years to match the rate of inflation,” Romney said.

Many U.S. states have a higher minimum wage.

First established under President Franklin Roosevelt, the federal minimum wage sets a floor — or minimum amount — that employees are entitled to be paid by the hour.

As of January 2020, 29 of the 50 U.S. states had set a minimum wage that was higher than the federal floor, and most workers earned more than the current federal minimum of $7.25 an hour.

Still, if the federal minimum were raised, it would put general upward pressure on many wages, affecting far greater numbers of workers than just those receiving the minimum.

Because the federal minimum wage has not been adjusted since 2009 while the cost of living has risen, a full-time federal minimum wage worker today effectively earns 18% less than what their counterpart earned at the time of the last increase, according to the Economic Policy Institute (EPI), a think tank that is considered close to the U.S. labor movement.

The Raise the Wage Act of 2021, which is before Congress, would phase in increases until the minimum wage reached $15 in 2025. According to EPI, it would raise the earnings of 32 million workers, or 21% of the U.S. workforce, because those currently receiving just above the new minimum wage would receive a raise as pay scales were adjusted upwards.

By 2025, nearly one million people would be lifted out of poverty, but there would be 1.4 million workers out of a job, according to the non-partisan Congressional Budget Office (CBO).

The legislation would increase the federal budget deficit by $54 billion over the next decade, slightly reduce inflation-adjusted economic growth and increase the prices of some goods, such as food prepared in restaurants, according to the CBO.

EPI estimated that raising the minimum wage would lift far more people out of poverty — 3.7 million Americans, including 1.3 million children.

Many restaurants say they would suffer.

Biden has said that small business owners, many of whom employ hourly wage earners, have legitimate concerns, but that the U.S. economy would grow in the long run if the federal minimum wage were raised.

“I think there’s equally, if not more, evidence it would grow the economy in the long run and medium-run, benefit small businesses as well as large businesses,” Biden said in February.

To offset the impact of an increase in hourly wages on the bottom line, a small business can cut expenses, including the number of employees on payroll, and increase prices. But that can be difficult to do.

“Our evidence suggests that some small businesses, industries and areas may face frictions in absorbing the increased cost of labor due to an increase in the federal minimum wage,” according to the National Bureau of Economic Research, a non-profit research organization. “As a result, they experience financial stress or may even default in extreme cases.”

Pat Fontaine, executive director of the Mississippi Hospitality & Restaurant Association, said an increase in the federal minimum wage to $15 an hour “would be a devastating impact on restaurants.”

The average profit margin for a restaurant not serving alcohol in Mississippi is between 4% and 5%, according to Fontaine.

“For a restaurant to be able to maintain that margin and factor in the increased wages, it has no alternative but to pass the costs around to the customer and their menu prices,” he said, predicting many Mississippians would elect not to dine out.

But Mitchell Moore, owner of Campbell’s Bakery in Jackson, Mississippi, offered a different take on the issue.

“At Campbell’s Bakery, we already understand the minimum wage is too low, so for several years most of our crew make well above the minimum wage,” he said, noting that the average hourly wage is currently closer to $12-$13.

If the minimum wage were increased incrementally, his business would be better able to manage the change, Moore said.

“Raising everyone’s pay across the board all at once would hurt the cash flow of the business. We would need to adjust pricing and recipes most likely,” he said. “If, however, we were given the time to implement, those struggles could be minimized.”

Moore put his finger on an intangible aspect of the debate — the work environment.

“These extremely low-paying jobs do not allow the worker to feel anything towards the employer,” Moore said. “Raising the minimum wage allows workers in even entry-level positions to feel more pride in their work, a greater sense of happiness at work, and puts them in a better position financially. People who are struggling financially are horrible employees.” 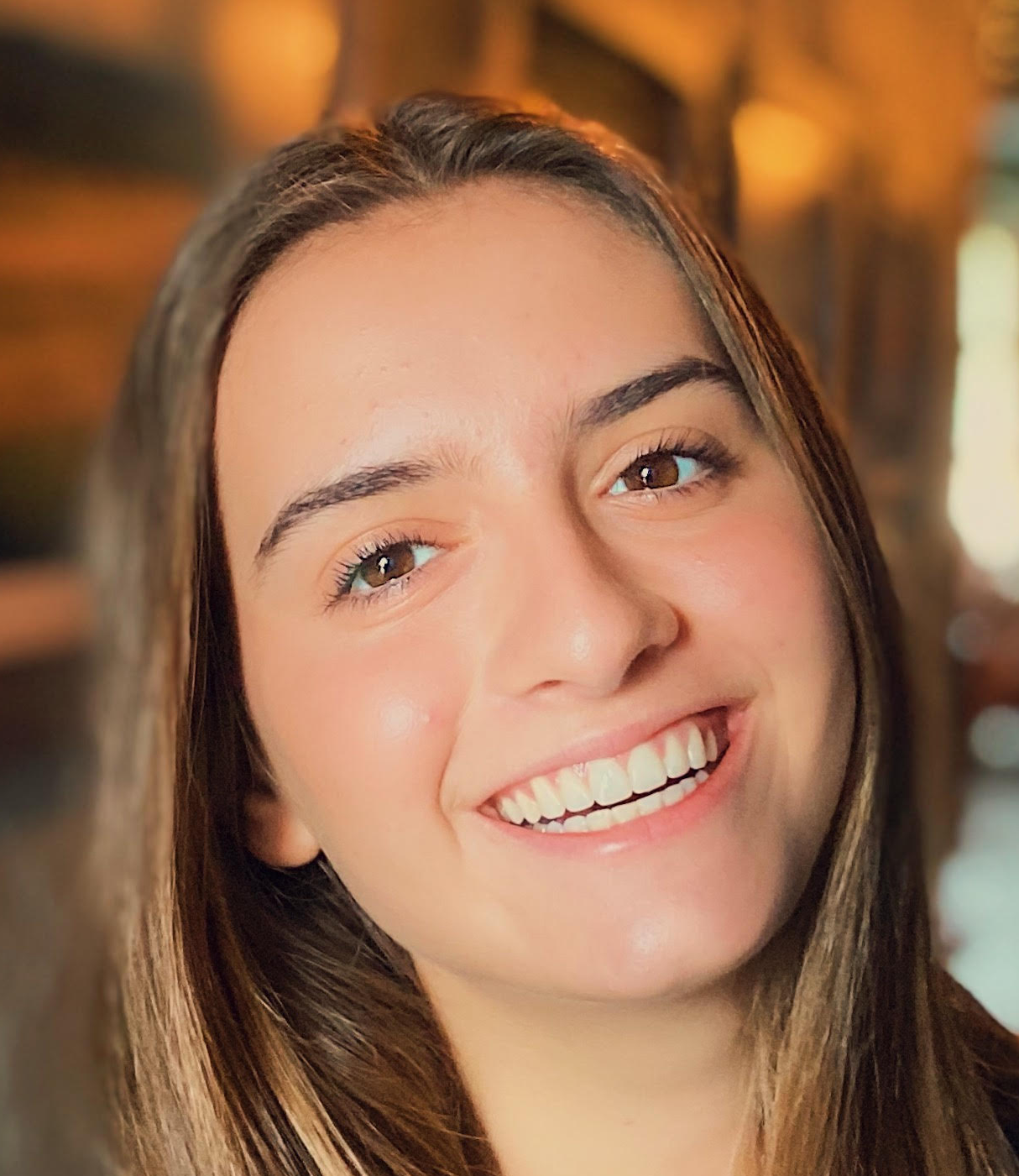 Emma Stokic is in her third year of high school at St. Andrew’s Episcopal School in the U.S. state of Mississippi. Her favorite subjects in school are English and Journalism. Her parents are from Belgrade, Serbia, where she travels every year to visit family. Stovic is thankful to be fluent in Serbian, “as I love immersing myself in different cultures.”