Gun violence, racism and mental health are issues we should care about, but they aren’t always easy to discuss. Music can help. 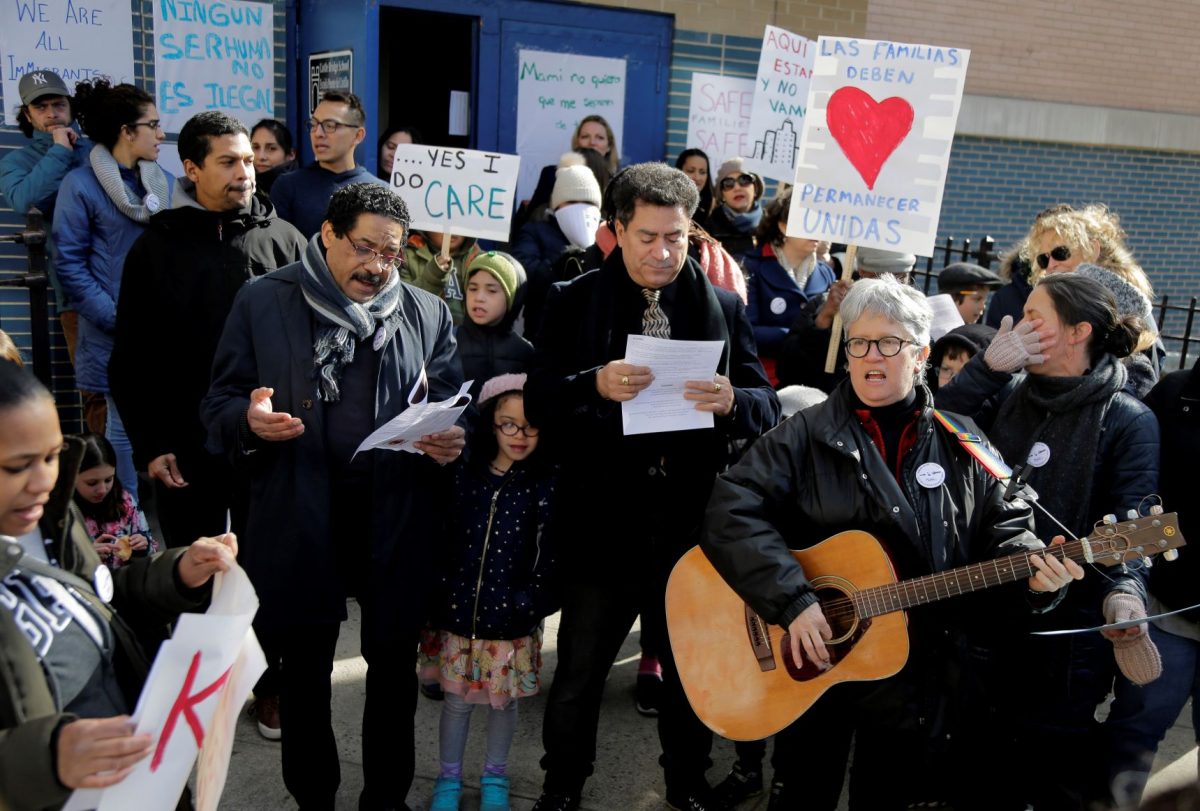 Protesters sing as they demonstrate against the presence of federal immigration agents outside a school in New York, 12 March 2019. (AP Photo/Seth Wenig)

Protest songs have a long history in the United States. They have provided theme music for many movements for social change, including the abolition movement, women’s suffrage, civil rights and the sexual revolution.

Protest songs came to occupy a special place in American society during the Vietnam War in the 1960s and early 1970s. They gave voice to growing distrust of the U.S. government, especially among students. Bob Dylan, Joan Baez and Pete Seeger lent their distinctive musical styles to the anti-war movement.

More recently, rap has become a vehicle for protest. In this story, the author cites rap artists such as Childish Gambino who have highlighted police violence and racism against African Americans in the United States.

In her story, Philippa Lewis discusses how today’s protest music has changed her outlook on issues ranging from race to mental health.

Those are lyrics from U.S. artist Donald Glover’s single “This is America,” a three-minute-45-second rap song alluding to the violent reality black Americans face in modern-day America.

A commentary on a moment in history, Glover’s song was released in May 2018 and quickly climbed the music charts even though it addressed uncomfortable topics such as gun violence, mass shootings, police brutality, cultural appropriation and racism.

Following the recent election of President Donald Trump, many young people in the United States including myself experienced a sort of political awakening. Suddenly everything became political. It always had been so, but for me, a young, white woman from Southern California, protest songs helped me realize this.

“This is America” helped me understand my own privilege and shaped my interest in politics and current events. The song went on to claim the music industry’s highest distinction, Song of the Year, at the Grammy ceremonies in early 2019, just a month after the United States swore in its most racially and ethically diverse Congress in history following the highest voter turnout in over 100 years for a midterm election.

Often people turn away from the voices that most need to be heard because they feel uncomfortable. I think music can help stifle that impulse.

Matty Healy of The 1975 said he didn’t know enough about African American history, so he learned more and applied the new knowledge while writing “Love It If We Made It.”

Selling melanin and then suffocate the black men,
Start with misdemeanors, and we’ll make a business out of them,
…
Modernity has failed us.

He’s talking about the private prison system in the United States and the profits corporations make by incarcerating African Americans, often for petty crimes punished with severe sentences. The prison system, as the lyrics go, effectively “make a business” out of trading people’s freedom for profit.

Music has the power to unite people.

Power has been cried by those stronger than me,
Straight into the face that tells you to rattle your chains,
If you love bein’ free.

“In a time where fatigue is setting in with regards [to] civil discourse and action that is taking place at the time, you’re finding an upswing of people just vilifying protest, et cetera, and rolling their eyes at protest,” he told the Irish Times.

“And the song was in the context of that, trying to write something that was a thank-you note to protest and a reminder of what protest achieves.”

Not only do protest songs speak to political events, they tackle taboo cultural phenomena. “Neon Gravestones” by Twenty One Pilots addresses mental health:

I could use the streams and extra conversations
I could give up, and boost up my reputation
I could go out with a bang
They would know my name
They would host and post a celebration.

In this verse, Tyler Joseph alludes to the unsettling thought that if he were to succumb to suicidal impulses, his music would gain in popularity – as was the case with Swedish DJ Tim Bergling (Avicii) in 2018 when record sales exploded by an astonishing 6,000% the day after his suicide.

Nina Simone was a particularly significant trailblazer in protest music with songs such as “Strange Fruit” and “Why? (The King of Love is Dead).” One of her most haunting songs, “Backlash Blues,” takes listeners to the height of the civil rights movement and the start of the Vietnam War :

Simone once said: “An artist’s duty, as far as I’m concerned, is to reflect the times.”

Here are some more songs that I think help listeners reflect on important issues in our world: 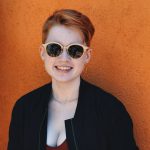 Pip Lewis is a seventeen-year-old high school student in her last year at La Jolla Country Day School in San Diego, California. Originally from England, she is interested in politics, current events, psychology and music.