Plastic pollution hurts humans, animals and the environment. Students from around the world gathered recently to share tactics in tackling the problem. 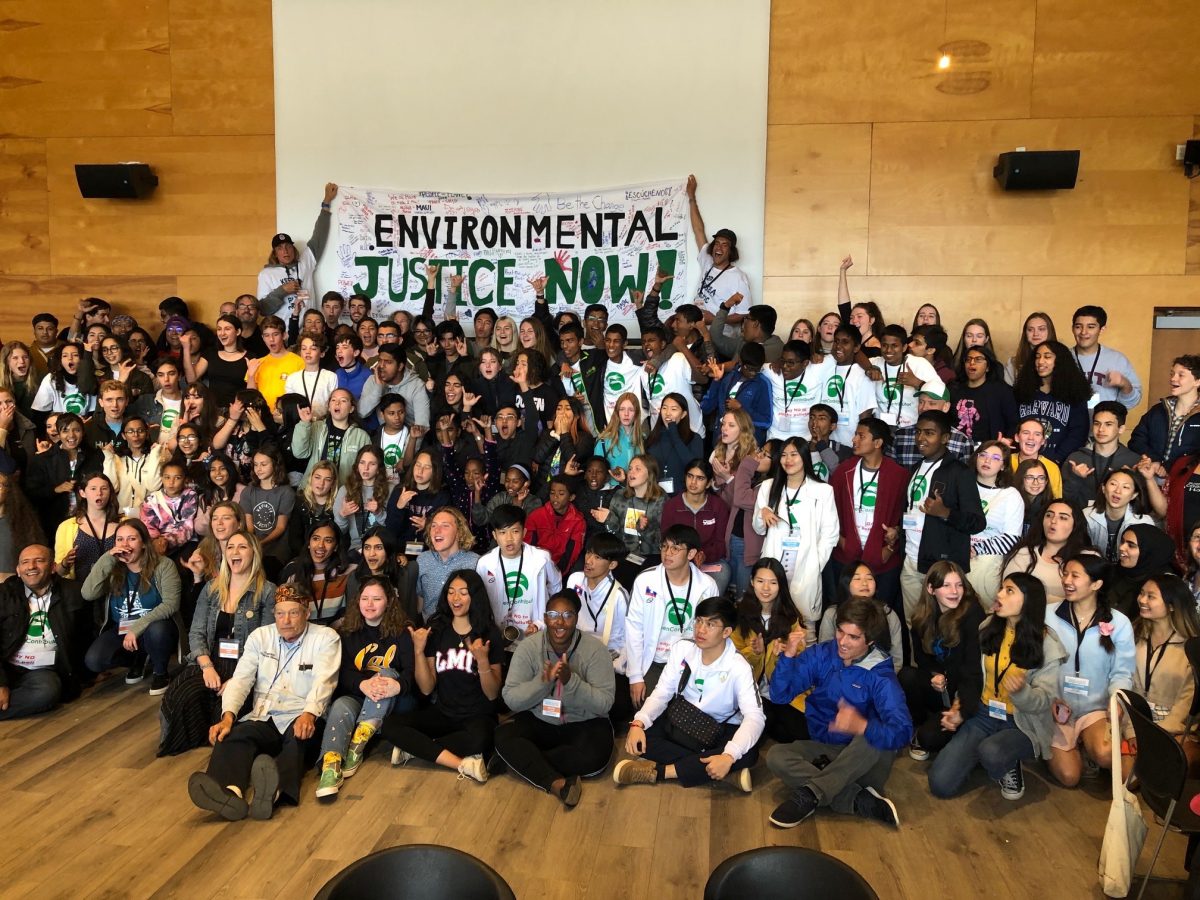 Trash islands, dying marine life, polluted beaches: the effects of plastic in the ocean are not pretty.

Teenagers from around the world gathered in California recently to share their tactics as “plastic warriors.” The students are committed to tackling the unsustainable use of plastic, a synthetic material that takes a long time to decompose and accounts for a sizeable share of worldwide waste.

Some 150 students from Asia, Africa and other regions of the United States participated in the Algalita International Youth Summit, from February 28 to March 1 at the Ocean Institute in Dana Point, California.

Since 2011, Algalita has selected students at the forefront of anti-plastic activism to attend its annual conference. Teams present projects and sit in on workshops with scientists, artists and experts including Algalita’s founder, Charles Moore.

In 1997, Moore discovered the Great Pacific Garbage Patch, a trash “island” larger than Texas that floats between California and Japan. Two years later, he established Algalita to “empower young people to think critically, demand action and be agents for change” regarding the global consumption of plastics.

Moore and his followers have reason for concern. Straws, fishing nets and other forms of discarded plastic strangle and poison marine life, while microplastics — pieces of plastic invisible to the human eye — pollute the earth’s water sources. Tiny particles of plastic leach into our oceans from water bottles, polyester clothing, face washes and other everyday products.

A 2019 consumer report published by the Washington Post newspaper found evidence that microplastics are small enough to pass through animal cells and into the bloodstream. Chemicals such as bisphenol A and styrene leach out of the plastic particles and into our bodies. That can throw off a body’s hormonal balance and at certain levels possibly cause cancer.

The United Nations has yet to confirm the effects of microplastics on human health and says more research is necessary. But students at the Algalita Summit said the known downsides of plastic pollution, such as the death of sea animals that eat or become entangled in plastics, offer reasons enough to act now.

The students’ projects ranged from school-wide to city-wide efforts.

Dylan Mullaney and Noelle Hayward, students from Ventura, California, and Noor Adjal and Sarah Hamidi, high schoolers based about two hours away in Irvine, are targeting single-use plastics in their school cafeterias. Most students at their schools bring lunch from home, buy it at school or purchase lunch off-campus — options that typically generate significant plastic waste.

Mullaney and Hayward show parents of students how to provide eco-friendly, packable lunches. They have spoken to their school’s administration to eliminate single-use cutlery and trays, and worked with coffee shops near their school to introduce a reusable cup system.

Adjal and Hamidi analyzed plastic from a local creek to determine what share came from their school. They donated discarded plastic to 4Ocean, a jewelry brand that creates bracelets out of recycled plastic.

Both teams took inspiration from the Heirs to Our Oceans school club at the Oxford Elementary School in Berkeley, California. Students there campaigned for a city-wide ban on single-use napkins, utensils and plates. A city ordinance that came into effect in January requires all dining facilities to provide compostable tableware. The city also implemented a system that allows residents to rent metal cups at any restaurant to reduce waste.

Maya Scoffield, Andie Malone and Claire Wescott promote environmental awareness at their school, Lone Peak High School in Highland, Utah. After moving from California to Utah, the students said they were shocked by the attitude of some state residents. “Utah has such a pretty natural environment,” Malone explained, “but nobody takes care of it.”

Ferdaous Kachouri and Aïcha Ben Mnasser, students at Lycée Pilote Bourguiba in Tunisia, set up machines that provide meals to students in exchange for collected plastic, and they created recycled plastic art pieces.

In Santa Monica, California, Anastasia Shakhidzhanova creates art out of plastic waste. She and her Team Marine collected 600 plastic bottles for an 11-foot statue that they brought to the conference. They displayed it on a major street in their city while wearing aprons and pantsuits covered in plastic bags and cutlery found at a nearby beach.

Students from Saint Thomas Prep School in Sri Lanka exhibited reusable plates and containers they made from the Areca palm, a tree native to South Asia. Food on “Areca Leafware” can be heated in a microwave oven, and it lasts up to six months before it can be turned into compost.

‘Adults think the environment is too far gone.’

A common theme among the projects was the need to shift perceptions about disposable plastic items. “The problem is that we have an older generation who is so used to using plastic,” Mullaney said. “Being part of this generation, we have a lot of power and influence in starting new.”

Mnasser said bluntly: “Plastic is not something important in our lives. Just get over it and move on.”

Malone said they’ve received feedback that is not always supportive of reducing plastic pollution. “Being young people, you get a lot of backlash from your peers and adults thinking that the environment is too far gone,” Malone said. “My motivation is a better future if I ever have kids.”

Ryan Rothman is a first-year student at Chadwick School in Palos Verdes, California. She is passionate about art, writing, French and social justice. At school, Ryan writes for her school newspaper, The Mainsheet, and volunteers with Wells Bring Hope, Change the Talk. She is also a member of the cross country team.