Do para-athletes face abuse trying to prove their disabilities?

Para-athletes are subject to a controversial disability classification process to be eligible to compete at the Paralympics. Does the process go too far? 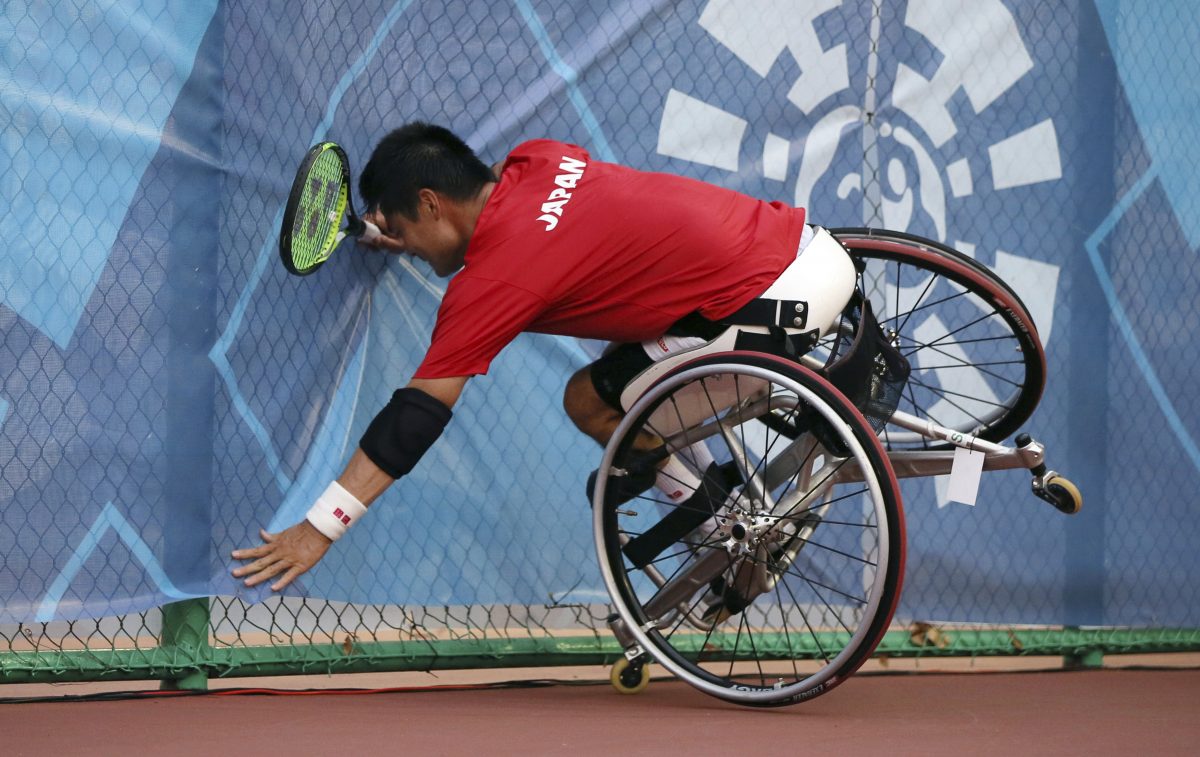 Shingo Kunieda won gold in the wheelchair tennis singles at the Asian Para Games in 2018 and will participate in the 2020 Tokyo Paralympic Games, 12 October 2018. (The Yomiuri Shimbun via AP Images)

Before his son was born in 2013, Dale Stevenson aspired to be a Paralympic athlete — going so far as to win a silver medal in boccia at the Canadian championships in 2012. Stevenson lives with spinal muscular atrophy, a genetic disease that breaks down the nerve cells responsible for sending signals from his brain to his muscles.

Despite his success, Stevenson felt victimized by the people who classified him to compete in Canada.

“I had the distinct feeling of grade school bullying,” he said. He was asked to stand from the electric scooter he uses to get around. Four classifiers surrounded him and one pushed him “to the point of falling,” he said.

The International Paralympic Committee (IPC) governs this classification process, and each country that competes at the Paralympic Games is required to abide by its code.

During classification, athletes with disabilities are physically tested and grouped based on ability for the purpose of “fair and equal competition” in parasport. The classification system ensures only individuals with “eligible impairments” can compete.

But this classification process is controversial — and increasing public awareness of the issues have only fuelled the debate.

The IPC says it aspires to create “a more inclusive society” for people with disabilities through parasport. Yet, para-athletes face increasingly intense scrutiny when it comes to proving their disability, in part due to widespread accusations that some Paralympians fake or exaggerate their disabilities during classification to improve their chances of competition success.

But the heightened scrutiny has left some para-athletes feeling bullied, abused or discriminated against while being classified.

Paralympic gold medalist and world-record holder Hannah Cockroft, a British wheelchair racer, told the BBC about “humiliating” tests and “sickening” pain during her classification, which included having “electric shocks sent up and down her legs.”

The process is necessary but imperfect.

Other athletes lament their exclusion from Paralympic sport.

In 2016, American swimmer Sam de Leve wrote about the risk of being “locked out of the sport forever” pending an ineligible classification ruling by the IPC. De Leve, who has Ehlers-Danlos Syndrome, suffers from hypermobility, joint instability and pain — conditions that cannot be objectively measured and are thus not recognized on the IPC’s list of eligible impairments.

The experiences of athletes such as Cockroft and de Leve cannot be taken lightly. Such treatment could run afoul of human rights guarantees.

The United Nations Convention on the Rights of Persons with Disabilities protects the right of people with disabilities to participate in sport on an equal basis with others and without discrimination. It also states that “every person with disabilities has a right to respect for his or her physical and mental integrity” and to be free from degrading treatment, violence and abuse.

Others see the classification system as imperfect but necessary.

People with disabilities have the right to participate in sport.

“[Parasport classification] is so crucial. It’s unique. It’s the only thing that makes us different from able-bodied sport,” said Peter Van de Vliet, the IPC medical and scientific director, and the man who oversees the IPC Athlete Classification Code.

“When I was an international classifier, we’d say to athletes, ‘Listen, we’re going to ask you to do things that we know you may not be able to do, but we have to put you through the test.’ If you don’t explain it well, then I can completely see how it can go five ways really quickly,” said Michelle Killens, manager of Paralympic pathways and performance for the Canadian Paralympic Committee.

Many countries lack the resources to support para-athletes.

Darda Sales, a four-time Paralympian who is completing her doctoral research at Western University in Ontario, Canada on para-athlete development, found that para-swimmers hold a number of misconceptions about the classification process. They also experience a lot of anxiety about it.

“When people get into the system without duly being informed or educated, and not eventually presented [with] the possible outcomes,… disappointment is often translated into ‘the system is bad, the system is broken’ or ‘the other athletes are cheats,’” said Van de Vliet. But, “the vast majority of athletes have positive experiences with the [classification] process.”

There are a number of reasons athletes may have negative experiences with the process. Many countries do not have the staff or resources to ensure domestic classification procedures align with the IPC code. As a result, some para-athletes run into problems when the outcome of their classification differs at the national and international levels.

Classification standards can differ at the national level.

In addition, only a small number of countries have a dedicated classification expert. The number has grown from five to upwards of 30 in the last five years. The IPC has 170 member nations, so it still has a long way to go.

As resources for classification continue to grow, countries can work towards better educating athletes, ensuring the proper training of classifiers and aligning their systems with the IPC code.

Veronica Allan is a postdoctoral researcher in the School of Kinesiology and Health Science at York University and a journalism fellow in the Munk School of Global Affairs and Public Policy at the University of Toronto in Toronto, Canada. She researches and reports on athlete issues in youth and disability sport.

Share This
Human Rights Do para-athletes face abuse trying to prove their disabilities?