Can North Korea keep the coronavirus in check?

Wary of the coronavirus, North Korea has all but shut its borders, choking its economic lifelines. How grim a toll might the disease take?

North Korea vaulted back into international headlines this month, with Western news outlets forecasting that an outbreak of the coronavirus will take a grim toll on a nation almost wholly dependent on China for trade.

Experts say worries about the impact are valid in a country where hospitals are so cash- and resource-poor that children go unvaccinated and patients have to buy their own medications at public markets.

But North Korea’s regime may be more resilient than many in the West believe.

When my family and I visited this unlikely tourist destination in September 2018, we met a group of Christian doctors and nurses on a mission. Their purpose was not to proselytise but to dispense medical care to patients in the countryside who were suffering a range of ailments including tuberculosis.

“If you get sick, crawl back to China if you have to,” was the message one doctor offered. “Do not go to hospital here.”

The outbreak is unlikely to shake the regime’s hold.

To fight the spread of the coronavirus — called SARS-CoV-2 — before it strains the system, North Korea has taken aggressive steps, including halting international tourism and implementing tough quarantine measures.

“The Department of Health has been underfunded for decades, just like every other non-essential — from the core regime’s perspective — government department,” said Green. “Hospitals outside (and many inside) Pyongyang are unsanitary, lacking in basic materials and medicines, and also short of trained personnel.”

Still, even if the outbreak is worse than the Hermit Kingdom admits, it is unlikely to shake the regime’s hold on its people.

Western news outlets are wont to lampoon North Korean news service KCNA for peddling improbable stories of the superhuman achievements of the nation and its leaders. What they don’t acknowledge is how often they rely on clichés and tropes that can lead readers to form a distorted picture of life in the secretive country of 24 million.

A national story that people really buy into

On our trip, we certainly saw evidence of privation, particularly outside Pyongyang.

It is true that, to foreign eyes, the country appears technologically backward. There are few cars — although more than before Kim Jong-un took power — and power cuts are frequent. We drove through unlit tunnels on rural roads and saw crews patching roads by hand rather than machine. (We were told not to photograph these activities.)

But the development in recent years of a market economy as well as access to smuggled South Korean and Western movies and media have had an impact on the lives and thinking of the North Koreans.

“Kim Jong-un adopted a hands-off approach to the market economy,” said Green. “This allowed for significant economic growth — not for everyone, everywhere, but still significant — and that changed the lives of ordinary North Koreans. A lot of people in the middle of the income distribution stopped worrying about where their next rice was coming from and started worrying about how often they could eat pork.”

The evolution of the economy still isn’t enough to shake the twin pillars of the regime: strict state control and a seductive national story, experts say.

“They’ve created this national story that people really buy into to one degree or another,” Andray Abrahamian, visiting fellow at George Mason University, Korea, said in an interview. As former executive director of the Choson Exchange, which supports North Korean entrepreneurship, he had access to ordinary North Koreans that is denied to tourists.

“And that story is that the Koreans are a righteous people just trying to do their own thing, and if it weren’t for the Americans and the hostile world out there, it would be a much more successful and happy country.”

People do not want to cross the regime.

Without access to the internet and with tough laws governing free speech, any disaffected North Koreans are offered few outlets for unhappiness.

That national narrative was on full display in the Arirang Mass Games (theme: The Glorious Country) that we attended in 2018. The multi-act precision gymnastics and music display involved tens of thousands of child and adult performers who, after two months of practice, showed near-perfect coordination.

Green agrees the regime is stable, although he admits that external factors such as a major outbreak of the coronavirus disease, called COVID-19, and a resulting trade and travel lockdown could “bring about popular expressions of discontent.”

“However, we know that the regime is incredibly violent and coercive when it wants to be, and so people of course do not want to cross the regime if they can avoid it,” he said.

The leadership has tolerated some dissent in the past without major damage, however. Green said that when authorities redenominated North Korea’s currency in November 2009, public protest exploded into the open all across the country.

“It took the form of burnings of bank notes, criticisms and jostling of low-level economic institutions and people. It was widespread, and I expect it gave the regime elite heartburn like they hadn’t felt in years, but the risk of regime collapse was essentially zero. People know very well what they are allowed to criticise, how and to whom,” Green said.

The redenomination of the won currency — 100 won suddenly became 1 won — drained the savings of many in the emerging middle class. Spooked by the resulting unrest, which came as Kim Jong-il was working on the transfer of power to his son, the regime pinned the blame on finance chief Pak Nam-gi and put him to death.

China will not allow the system to collapse.

The power and impact of U.S. sanctions, aimed at forcing Pyongyang to give in to denuclearisation demands, have not been as great as Washington had hoped, and there is little sign that the stalemate will end soon. This is in part because China, North Korea’s most important ally, has quietly kept goods flowing to prevent the economy from falling apart.

“The United States likes to lean upon sanctions as a foreign policy tool, and China will prevent the sanctions from causing system collapse. And they do that in a number of ways, including subsidising oil exports to North Korea. It’s pretty clear they’re going to do that. I think they also prop up the currency,” Abrahamian said.

A shopping mall packed with well-dressed locals and foreign goods from Russian vodka to Ikea furniture formed part of the highly regulated route we tramped with our North Korean guides. The message was clear: The capital was doing fine regardless of sanctions.

The coronavirus shutdown may change that picture in coming weeks, depending on how long it lasts.

Russia appears to have taken steps to soften the impact of trade restrictions. A recent report by a U.S.-based cybercrime think-tank said that Russia has established a new digital link that has given the regime access to cryptocurrency.

“And at the end of the day, a country that sees nuclear weapons as crucial to its survival is not going to give them up easily,” Abrahamian said. 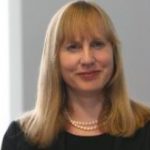 Sarah Edmonds has been a journalist for nearly three decades. She spent 27 years with Reuters, as a correspondent, editor, bureau chief, regional managing editor and news operations manager. She has lived in seven countries, beginning in her native Canada, where she covered stock markets, telecommunications and media titans. In Washington, D.C., she led an award-winning economics reporting team through two full interest rate cycles, the 9/11 attacks and the start of two wars. After moving to Europe in 2006, she covered stories ranging from Iceland’s economic meltdown to the impact of global warming on the Arctic.