New space telescope will let us look back millions of years

A powerful new space telescope to be launched this month will look back more than 100 million years ago to when the first stars and galaxies formed. 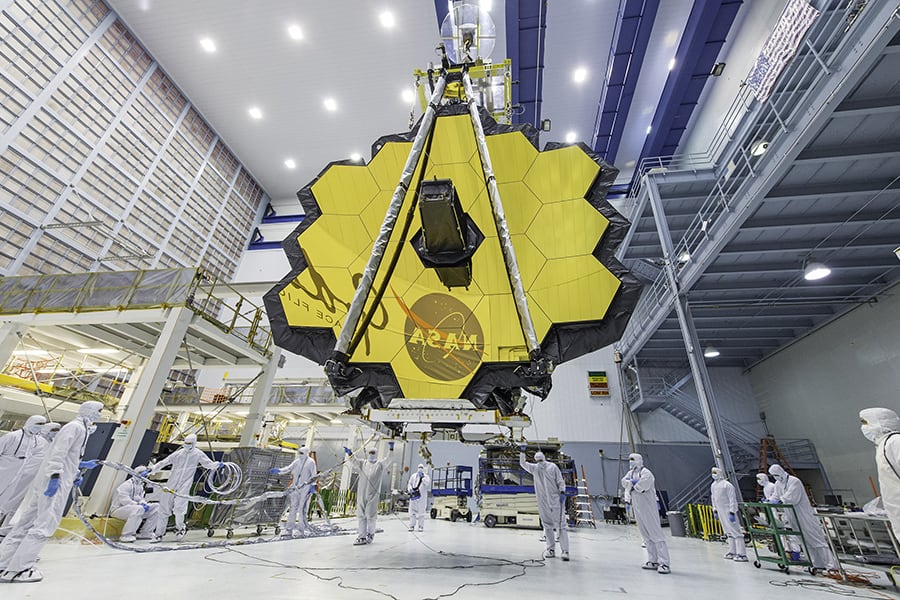 In their final hour on the moon, Neil Armstrong and Buzz Aldrin placed a 60-cm wide panel pointed at the Earth studded with mirrors near the landing site of Apollo 11. It had the catchy name of the “lunar laser ranging retro-reflector array.” And it’s the only Apollo science experiment still working.

Because of laser pulses sent from Earth, which regularly “ping” the instrument, we know how long light takes to reflect from the moon. Every time we look at the moon, we are seeing 1.3 seconds into the past.

Time travel is not limited to science fiction. We literally look back in time when we gaze at the moon or look at stars. Now the launch of the James Webb Space Telescope (JWST) scheduled for December 24 from Europe’s Spaceport in French Guiana will start a new era of time travel.

The JWST will look back at the universe just after the Big Bang 13.8 billion years ago.

The telescope is a collaboration between the U.S. National Aeronautics and Space Administration (NASA), the European Space Agency and the Canadian Space Agency and has a price tag of $10 billion. JWST is the successor telescope to the revolutionary Hubble Space Telescope, which transformed our understanding of the universe.

Hubble, deployed in 1990, still orbits the Earth at 600 km (375 miles). Astronomers have made more than 1.4 million observations thanks to Hubble. Being in low Earth orbit, astronauts have been able to upgrade Hubble’s scientific abilities five times.

Hubble has shown us that the universe is continuing to expand, has billions of galaxies and is 13.8 billion years old, older than previously believed. Perhaps the greatest contribution of Hubble has been the magnificent images of our galaxy and the universe. Hubble’s stunning images of star nurseries and supermassive black holes have become iconic.

Why do we need the James Webb Space Telescope?

The JWST is one hundred times more powerful than Hubble and will sit at a spectacular vantage point 1 million miles (1.6 million km) from Earth. Known as the Second Lagrange point (L2), it’s where the gravity of the Earth and sun cancel each other out.

Scientists hope the JWST will see into previously unknown time, hopefully as far back as 100-200 million years, soon after the Big Bang, when astronomers believe the first stars appeared.

JWST will study the universe in wavelengths of light that our human eyes can’t see. The JWST has an enormous, 6.5-meter reflecting mirror made of gold — the best material for infrared observing. The mirror is folded up, origami-style, for launch. Once in space, it will slowly unfold over six months.

The material underneath the gold is beryllium, the heart of the telescope. Beryllium is the second lightest metal after aluminum and possesses super strength, six times as strong as steel. Beryllium also holds its shape through a range of the extreme temperatures encountered in space.

Not only does the JWST look back in time — which NASA scientists call the “Very Far Away” capacity — but it also has the “Very Close” capacity. That means the telescope can study exoplanets and investigate whether they could sustain life.

Exoplanets are worlds that orbit a star, just as our Earth orbits the sun, but outside our solar system. At one point. we thought planets such as Earth or Mars or Saturn were unique, but astronomers have now discovered nearly 4,500 exoplanets orbiting distant stars.

And just like planets in our solar system, exoplanets don’t emit light, so the JWST will search for atmospheres to identify gases such as oxygen that are associated with life.

This investigation is possible because of spectroscopy instruments that can measure the intensity of light in different wavelengths. That data will reveal which chemicals are present on another planet. So the JWST is actually searching for life on other planets, perhaps the most exciting science search ever.

Continuing the legacy of space exploration

The telescope is named after the NASA administrator who encouraged former U.S. President John F. Kennedy to put a man on the moon. James Webb wasn’t a scientist, but he believed leaving a scientific footprint should be NASA’s legacy. Webb not only managed the Apollo program in the 1960s but launched 75 other space science missions in the early days of NASA.

It will take 29 days after a successful launch for the JWST to reach its home in space before it runs out of fuel in 10 years.

Until then, the James Webb Space Telescope will be the most extraordinary telescope in the universe, hopefully making ground-breaking discoveries and performing forensic science and astronomy that NASA is calling “a kind of Columbus journey to an unknown period in cosmic history.” 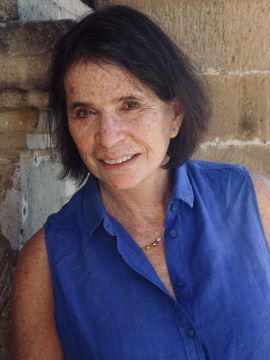