Protests across Latin America target common complaints, including poverty and corruption, and offer lessons for much of the rest of the world.

Time in Latin America sometimes seems to run in circles, as Colombian author Gabriel García Márquez observed in his 1967 novel, One Hundred Years of Solitude.

The street protests and violence that have shaken several Latin American countries toward the end of 2019 are part of a cycle of trust, disillusion and renewal that reflects the past and will drive the region’s political and economic life for years to come.

Each country has its own triggers. In Bolivia, it was a suspicious pause in a vote count, raising fraud fears as leftist indigenous leader Evo Morales sought a fourth consecutive term as president. Mounting protests and the loss of army support led to his resignation and departure from the country.

In Chile, a hike in subway fares sparked riots. In Ecuador, it was a withdrawal of fuel subsidies. In Colombia, potential pension and labor reforms. Soon things mushroomed, as deeper and broader grievances surfaced.

The main causes of anger in most of the protests were easy to list, but hard to solve: corruption, poverty, inequality, lack of jobs and the self-serving behavior of political elites, as well as the sometimes violent policing of the protests themselves. Protesters, especially the young, feel excluded from opportunity, their countries seemingly run for the benefit of a happy few.

The countries hit by the late 2019 protests were tolerably well managed, at least compared to Venezuela, where millions of citizens have fled abroad to escape the fraught economic policies and political repression of President Nicolás Maduro.

They all boasted efforts to provide at least some social safety net and poverty alleviation while also displaying a basic grasp of how markets and budgets work. But that wasn’t enough.

One burning issue was political representation. When I first visited Latin America in 1985, a single party had ruled Mexico for 56 years, and elsewhere military dictatorships had only just ended (Argentina, Brazil, Uruguay) or were still hanging on to power (Chile, Paraguay). A wave of democratization followed, and Latin Americans embraced it.

Respected pollster Latinobarómetro finds that is less and less the case in recent years though, with just 48% of respondents in its latest study viewing democracy as preferable to any other form of government, down from 61% in 2010, and the lowest level of support since 2001.

Many existing political parties, having had their terms in office and failed to address their countries’ most ingrained problems, no longer convince.

New leaders may graduate from the streets and become lawmakers, as seen in recent years in Chile. Those who manage to more adequately represent young people, in particular, will provide a model for their counterparts elsewhere in the world. Those who fail, will do so too.

Faith in democracy, at least as it has been practiced so far, tracks how well the region’s economies fare. That is the other burning issue.

A commodities boom in the first decade of this century — when China was buying up huge amounts of raw materials from Latin America and elsewhere to feed its own economic expansion — allowed governments, many of them left-leaning, to significantly reduce poverty.

They did so with targeted, effective programs like Brazil’s Bolsa Família, while also splurging on less sustainable spending, such as heavy price subsidies and pharaonic development projects.

Latin America has a history of strongmen.

After the boom fizzled, many governments found themselves short of funds, with big budget holes requiring more debt or higher taxes to fund them, and shrinking annual growth.

Fixing that requires policies that can exacerbate the problems behind the protests: cutting subsidies, trimming state payrolls, reforming pension systems. Those were the triggers in Chile, Ecuador and Colombia.

Not taking such measures, meanwhile, risks locking in economic stagnation. That also won’t solve the issues. Waiting for another commodity boom to come around is only half an answer.

If Evo Morales had not tried to perpetuate himself in power, he might have left office with a fairly solid reputation for poverty reduction, advocacy for indigenous people and respect for constitutional norms. A plebiscite in 2016 told him not to run for a fourth term, but he did so anyway, with the help of a stacked court.

The strongman whose ego becomes synonymous with the state has been a temptation throughout Latin American’s past: Juan Perón, Hugo Chávez and Fidel Castro are just three examples.

As trust in institutions and establishment politicians wanes, the region is grappling again with such populist temptations in the form of far-right incendiary Jair Bolsonaro, now president of Brazil, and leftist firebrand Andrés Manuel López Obrador, now president of Mexico. Crowd pleasing is one thing, governing another. 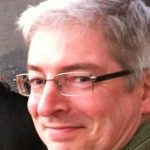 Martin Langfield was born in England and first lived in Latin America in 1985 as a graduate student in Mexico City. He subsequently served as a Reuters correspondent in El Salvador and Mexico from 1990 to 1997, with reporting and training assignments to Chile, Nicaragua, Peru and Argentina through 2008. He was a Latin America columnist for Reuters Breakingviews from 2015 to 2019, based in New York. He is also a published novelist and occasional drummer.