The nuclear agreement between Iran and global powers sealed a year ago is good as it prevents Iran from building weapons for at least a decade. 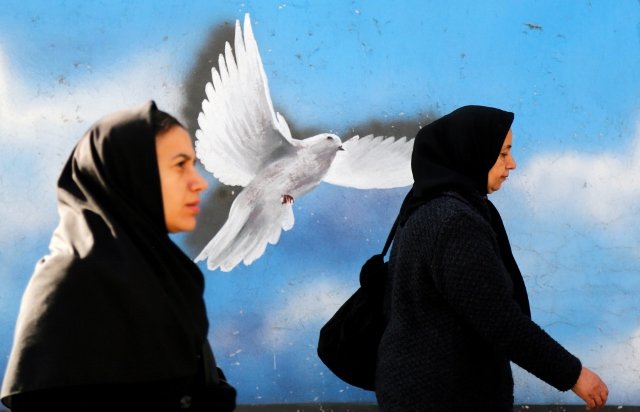 This is the second of two articles on the nuclear agreement signed in July 2015 between Iran and world powers. The accord aims to limit Iran’s capability to build nuclear weapons in exchange for the lifting of international sanctions on Tehran. Yesterday, Shira Friedson spelled out reasons why she opposes the agreement. Both authors are students at Greens Farms Academy in the United States.

The nuclear agreement between Iran and global powers that was sealed a year ago is a good deal for the West and even for Tehran’s long-time enemy Israel because it prevents Iran from building a nuclear arsenal for at least a decade.

The West and Israel view Iran’s nuclear program as a threat to international peace and security, and the agreement is the best way to ensure Iran never gains access to nuclear weapons.

The Joint Comprehensive Plan of Action (JCPOA) was reached in Vienna on July 14, 2015. The signatories were Iran and the five permanent members of the United Nations Security Council — China, France, Russia, the United Kingdom and the United States — plus Germany and the European Union.

The deal marks an important new chapter in global efforts to curb nuclear proliferation and strengthens the Nuclear Non-Proliferation Treaty (NPT). It stipulates that Iran’s nuclear program will remain exclusively peaceful by stating that “under no circumstances will Iran ever seek, develop or acquire any nuclear weapons.”

Iran has acknowledged that the NPT, which entered into force in 1970 and was extended indefinitely in 1995, is the foundation for the pursuit of nuclear disarmament and peaceful use of nuclear energy. Successful implementation of the JCPOA will enable Iran to enjoy its right to nuclear energy for peaceful economic and scientific purposes under the NPT.

In return for Tehran’s pledge to limit its nuclear program to peaceful purposes, the Security Council and the United States committed to lifting sanctions on Iran that have crippled the Middle Eastern power’s economy.

U.S. sanctions were initially imposed on Tehran after the Iranian Revolution of 1979, targeting investments in industries including oil, gas and petrochemicals. UN sanctions were imposed in 2006 after Iran refused to suspend its uranium enrichment program.

Sanctions are to be removed only if Iran adheres to the JCPOA. They can “snap back” into place if Iran violates the agreement. Also, sanctions against Iran’s ballistic missile program and those linked to international militancy remain in place.

Under the JCPOA, Iran has agreed to reduce the number of its centrifuges to 5,060 from 20,000. Centrifuges separate radioactive uranium from the ore. Highly enriched uranium is needed to create nuclear material and therefore nuclear weapons.

All modern centrifuges will be shipped out of the country. Iran will be allowed to use only its oldest centrifuges, which are at least 10 years old. The use of old centrifuges prevents Iran from producing highly enriched uranium, which is needed for a nuclear bomb.

The JCPOA requires Iran to spin centrifuges at “safe” speeds that allow uranium to be enriched by only 3.67%, not fast enough for a bomb.

The threat of nuclear terrorist attacks makes the agreement a necessity.

Iran has also agreed to ship more than 97% of its current uranium supply out of the country. It is believed that Tehran has already shipped 98 percent of its stock to Russia.

Iran will have to convert its heavy water plant in Arak, capital of Iran’s Markazi province, so that it can no longer enrich plutonium, used to create nuclear weapons. Iran states that it will not produce any more heavy water for the next 15 years.

The prospect of a nuclear Iran scares Western nations and Israel. They contend that if Iran obtained nuclear arms, militant groups such as Hamas and Hezbollah, sworn enemies of Israel that are backed by Iran, could gain access to the weapons’ destructive capability.

The threat of future nuclear terrorist attacks makes the Iran agreement a necessity. It is a good deal for the United States, Israel and their Western allies.

Aaron Miller will be soon entering his final year at Greens Farms Academy, a U.S. high school. He is passionate about politics and international relations, plays soccer and basketball, and runs track. He has taken academic immersion trips to Asia, Europe and South America.