Nearly half of type 1 diabetics lack access to insulin, especially in developing countries. Non-profits are trying to help, but there are no easy solutions. 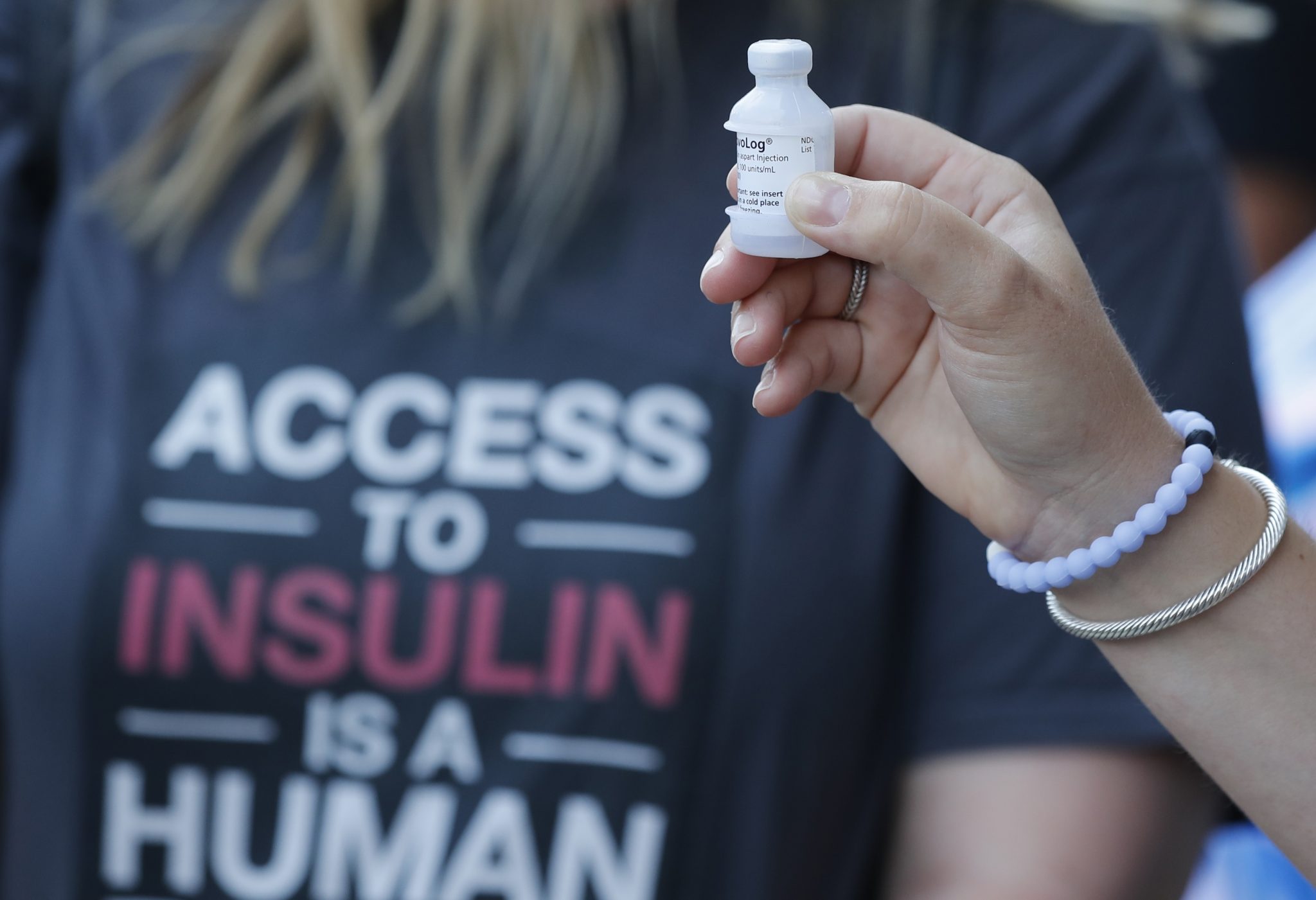 A patient holds a vial of insulin outside a pharmacy in Windsor, Canada, 28 July 2019. (AP Photo/Carlos Osorio)

David Soeiro is a type 1 diabetic from Portugal but has lived in the city of Ondjiva in the Cunene province of Angola for the last several years.

Rather than relying on Angola’s limited supplies to furnish his needs, Soiero regularly travels back to Portugal to purchase insulin.

Unfortunately, many people with type 1 diabetes are not so fortunate. Half of all people who need insulin lack the financial or logistical means to obtain adequate supplies, says T1International, a global diabetes advocacy group.

Insulin is a hormone that converts carbohydrates in food into energy that the body can use. Individuals with the autoimmune disease known as type 1 diabetes (T1D) have immune systems that attack and destroy the cells in the pancreas that produce insulin, which causes sugar levels in their blood to rise.

To maintain their blood sugar levels, people with T1D must inject themselves with insulin several times a day. Failing to do so can result in weight loss, nausea, thirst and, in extreme cases, coma or death.

Drugs can be completely out of reach.

In developed countries like the United States, the price of insulin is extremely high, costing upwards of $300 per 10-milliliter bottle, of which the average type 1 diabetic requires 13 per year, according to a 2015 study by Health Action International (HAI).

The high prices prevent thousands of Americans from accessing insulin and cause numerous deaths from insulin rationing each year. A 2018 study by researchers at Yale found that one in four Americans with insulin-dependent diabetes have taken less insulin than needed due to the high cost.

In developing countries, the situation can be even more serious, as insulin is often completely out of reach.

“I knew a guy from Cabo Verde who was working in Cunene,” Soeiro said. “Diabetic, and he was on his sixth month without insulin because he couldn’t afford the trip home to buy it.”

In middle and low-income countries such as Angola, Vietnam and Mozambique, the price of insulin is not as high as it is in the United States, but it is still not affordable for most. Nearly half of people with T1D in low and middle-income countries had no health coverage for any of their diabetes-related costs, according to a 2018 report by T1International.

In Mozambique, the cost of a year’s worth of insulin is about US$80 (or $6 per 10-milliliter vial), which is nearly six times the government’s average healthcare expenditure of $14 per person, according to the HAI study. In a country where the annual gross domestic product per capita is $415, $80 is too much for most people to pay out of pocket.

Lacking insulin, a child with type 1 diabetes in a Sub-Saharan African country such as Mozambique has a life expectancy of less than one year following diagnosis, according to HAI. Need in this region continues to rise: Throughout Africa, there are an estimated 39,000 children under 14 with T1D, with approximately 6,400 new diagnoses each year.

Non-profits have sought to help.

Where governments have struggled to solve this crisis, non-profits have sought to help. T1International has conducted research on worldwide insulin access, pressed for legislation to regulate how much manufacturers can charge, and perhaps most importantly, provided advocacy training to people with T1D so they can fight for their own drugs.

Another non-profit, Insulin for Life, relies on donations to send insulin and other diabetes supplies to low-income nations and natural disaster zones. According to Carol Atkinson, director of the U.S. branch of the program, Insulin for Life has helped an estimated 6,000 people with T1D in low income regions, as well as many more through their disaster response programs.

The Open Insulin Project (OIP) has of a team of bio-hackers, or do-it-yourself biological engineers, who have been working since 2016 to create a cheap way of producing the drug.

OIP hopes to eventually establish labs that provide insulin to 10,000 people per lab. They expect it to cost a mere $10,000 to establish a single lab — less than the cost of a year’s supply of insulin for three Americans with T1D.