In polarized times, we need to listen even to hateful views

Playing in a rock band helped me see that in these polarized times, we need to listen to hateful views to heal divisions and save democracy. 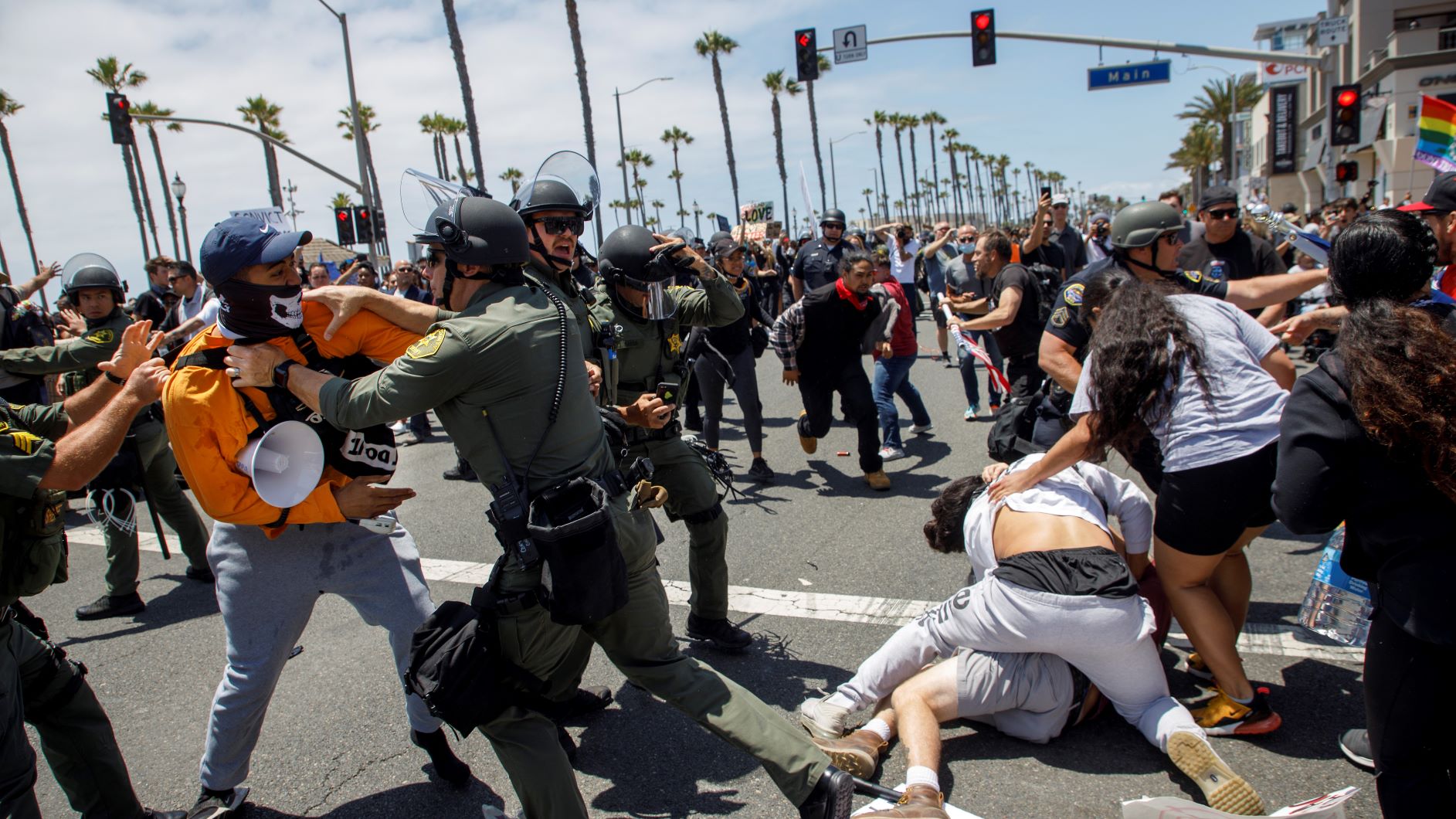 As division in the United States and other parts of the world reaches a dangerous peak, we find ourselves facing a daunting challenge: Having dialogue across polarized views.

Friends, colleagues and families splinter over politics as they unearth fundamental differences in their values.

Under the presidency of Donald Trump, ideologies that had before occupied dark corners flooded out into everyday interactions.

Loved ones have disappeared down a rabbit hole of disinformation. Discussions have became heated. We’ve learned to “unfriend” on social media.

We are losing our ability to talk and listen across divides.

Beware of dehumanizing others in polarized times.

You might say, “Why do we need to listen to hateful views?” That question may sound reasonable, and disengagement can be the right course of action at times. But cutting ourselves off from different points of view, even extreme ones, opens up a frightening array of possibilities.

One of those is dehumanization.

Our brains are programmed from birth to slip easily into “us and them.” This tendency is one of the seeds of hate.

When we demonize and dehumanize those with whom we disagree, we risk falling into the same trap that they may have already fallen into. We stop seeing them as nuanced, complex beings, which cuts us off not only from their humanity but also from potential solutions to our differences.

When we relegate them to “other,” we become part of the problem we are trying to solve.

How could I feel empathy for those with such hateful views?

Humanizing and having empathy for people with opposing views gets harder when those views contribute to systemic injustice. I faced this in 2017 when the Unite the Right rally came to Charlottesville, Virginia.

As a Jew, I could not believe what was unfolding before my eyes. I watched in horror as white supremacists marched with swastikas and weapons.

As I listened to reporters and pundits call the neo-Nazis “evil,” I had a shocking reaction. A wave of empathy washed over me.

I looked at the faces of the terrorists on TV and wondered, “How did they get there? How did they become so hateful?” Right away, guilt took over. I thought, “How can I feel empathy for these people, especially when they committed such violence?”

Many of us face this internal struggle in these turbulent times. How do we have polarized conversations without either being complicit in injustice or shutting out opposing voices and becoming an echo chamber?

I learned to listen to those in my rock band who had very different views.

For me, some of the answers came from a strange source: Playing in a rock band.

A few years ago, I lived my childhood dream by becoming the lead singer in a tribute group. One of the gifts of music is that it brings together people from all over the political spectrum.

As a musician, I have made many good friends, some of whom espouse ideologies that I oppose. Yet those same friends have been there for me in the darkest of times.

I’ve seen them with their children. I’ve talked with them about their fears and gained a better understanding about why they hold some of their views.

This dichotomy made it harder to demonize them. But I also knew that I could not ignore or dismiss our differences, especially when it came to life-or-death matters such as Black Lives Matter or climate change.

On those issues, we could not simply “agree to disagree.”

I had to learn to occupy a “third space,” one where I was neither rejecting opposing views nor validating unjust or false ideologies. This is a very difficult space to occupy, and failure is a regular occurrence. Without this place, however, we may experience the loss of important relationships or worse still, the erosion of democracy.

Empathy can open the door to understanding.

Here are some of the techniques that have worked for me with people I care about. These are not answers but options along the path of empathy.

⇒ See the totality of your friend or family member as a human being. See them as more than their hate. The human being is not their hate; they have become embroiled in their hate. Expand your view of them with “and” instead of “or.” See them, for example, as both a Q-Anon supporter and a loving father. This does not mean agreeing with them, supporting those ideas or ignoring the harm those ideologies can inflict. It means seeing the person as human. Beyond that, hearing their views may help you fight the unjust policies they support. Research shows that empathy can disrupt the cycle of hate speech.

⇒ Condemn an ideology, not a human being. When speaking to a loved one who holds a polarized or harmful view, try reversing, “I love you, but …” For example: “I do not respect Trump because he upholds policies that threaten who I am, but I respect you.” Or “I cannot abide by dangerous conspiracy theories, but I love you.”

⇒ If the relationship is worth saving, listen fully in conversation rather than planning your response. Try tuning into the person’s fears or needs behind the rhetoric. Ask questions, get curious and pause two seconds before responding.

⇒ Do not mock people with misguided views. Research shows ridicule induces them to embrace those beliefs more tightly. Speak your mind firmly and clearly, without sarcasm or name-calling.

⇒ Be aware of privilege, and speak up for those who suffer most. A person of color, for example, may not wish to show compassion for someone who continues to defend white supremacy. But a white person could offer to take that burden from them.

⇒ If you need to disengage from someone, commit to loving them at a distance. Seething with anger at them after you have distanced yourself only poisons you.

Compassion alone will not heal division. We need equity and accountability at the systemic level to make that happen.

But empathy with “the other side” can act as a key that opens a door to take us out of hate. 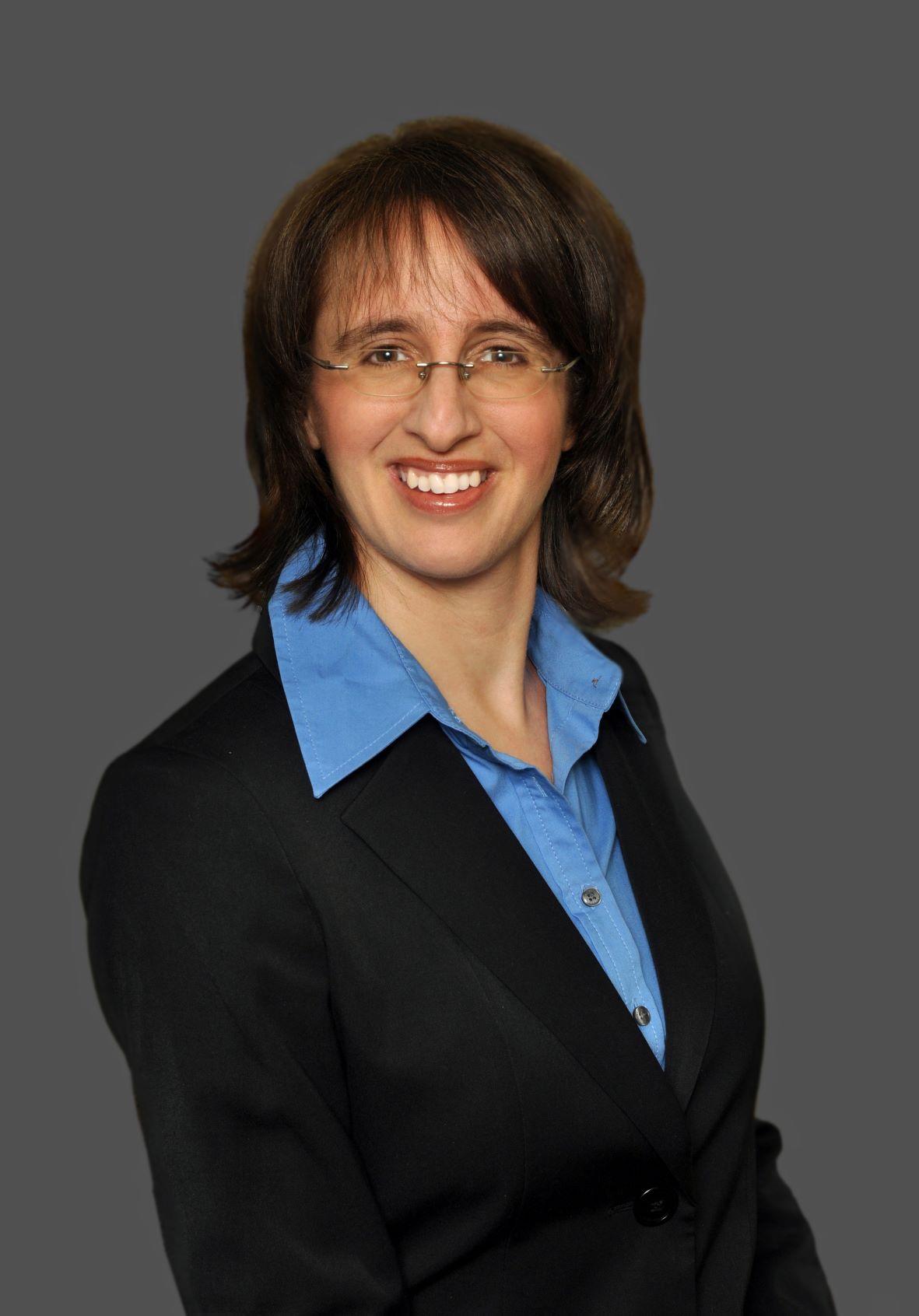 Vicki Flier Hudson is the Chief Collaboration Officer of Highroad Global Services, a company that exists to release the power of diverse teams. She offers keynote presentations, workshops and organizational strategy for working successfully across differences. Flier Hudson has lived or worked in Belgium, Canada, China, France, Germany, India, Nepal and Thailand. She has written three books and speaks frequently on the role of empathy in fighting hate.