For the immunocompromised, isolation is nothing new

Isolation is nothing new for the immunocompromised. Their weakened immune systems have prepared them for COVID-19 lockdown.

Schools and workplaces have moved to Zoom. Entire countries have shut down. A trip to the grocery store feels like a major outing.

The COVID-19 pandemic has altered nearly every aspect of life, all over the world.

But for those with weakened immune systems — the immunocompromised — it’s familiar territory.

“We spent most of the last 18 months in some form of isolation for my younger son, so this isn’t a new world for us,” said Erin, who asked to be identified by first name only.

In November 2018, Erin’s now-8-year-old son, Jesse, developed chronic joint pain and liver failure. The cause was never determined, and as his liver recovered, Jesse’s bone marrow began to shut down. By February the following year, doctors diagnosed Jesse with Aplastic anemia. His immune system attacks his bone marrow, which then cannot make blood for the body.

Last month, Jesse received a bone marrow transplant. He and Erin spent 40 days in isolation at the hospital before and after the procedure to prevent infection. He must now stay at home for 100 days, isolated like so many Americans.

Erin’s entire family was already isolated in their home in southern California before COVID-19 forced the state to order citizens to shelter at home.

Before the pandemic, Erin stayed at home to teach Jesse and to manage his weekly hospital appointments. Her husband, a firefighter, was not working because of an injury. Her older son, Oscar, was homeschooling a week before California schools closed to prepare for Jesse’s bone marrow transplant. The family had their food delivered to avoid becoming infected while at the store.

“We’ve been in isolation when everyone else had birthday parties and events, and we’ve had to choose not to go,” Erin said, explaining why in some respects quarantine has required less of an adjustment for them than for many others.

COVID-19 poses a special threat to the immunocompromised.

Anita Shier and her two children are also no strangers to the hospital. The children, too, are immunocompromised.

When her son, Gabriel, was seven weeks old, he was diagnosed with Diamond-Blackfan anemia, which means his bone marrow fails to make enough red blood cells. Now 15 years old, Gabriel receives blood transfusions three times a week at a university hospital. He also requires treatment for complications such as iron overload.

Shier described their last doctor’s visit as “a little surreal.” Their clinic treats only children with severe health issues, often immune-related, so it’s vitally important that patients not contract COVID-19. Before Shier and Gabriel entered the clinic, staff checked their temperatures and examined them for symptoms.

Such measures are essential, but they pose a potential complication for Gabriel. “What if he has the coronavirus?” Shier asked at their last visit. If Gabriel showed symptoms of COVID-19, the clinic would not admit him, leaving the emergency room his only option for blood.

Shier is optimistic that there would be adequate blood elsewhere in the Los Angeles community to cover Gabriel’s transfusions, but if he had to go to the emergency room for treatment, his entire family would risk contracting COVID-19.

Another potential threat could be an inadequate blood supply at his usual clinic. In the past month, staff have limited the amount of blood he can receive. If the clinic’s supply ran low because of the pandemic, Gabriel would have to go to a hospital emergency room. “He has to have blood or he will die,” his mother said.

Shier’s 13-year-old daughter, Mary Grace, also faces complications due to the novel coronavirus. Mary Grace was born with Velocardiofacial syndrome, which among other physical and mental symptoms weakens the immune system and puts her at greater risk for COVID-19. Anita Shier said that she has self-quarantined for five weeks, not even leaving the house to drive.

“For many years, every time we went to the hospital, I was terrified. I have experienced so much fear related to their health that I’ve gotten to a place where when he’s not currently feeling ill, I’m fine. Even though I know there’s a threat out there,” she said.

“If we’re having a good day, if he’s healthy, if she’s not coughing, I don’t worry.” 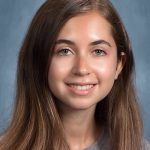 Ryan Rothman is a first-year student at Chadwick School in Palos Verdes, California. She is passionate about art, writing, French and social justice. At school, Ryan writes for her school newspaper, The Mainsheet, and volunteers with Wells Bring Hope, Change the Talk. She is also a member of the cross country team.