In pursuit of stability: Why the EU was created

It may not seem like it today — with Brexit, nationalism and a resurgent Russia on its borders — but the EU was created to promote stability. 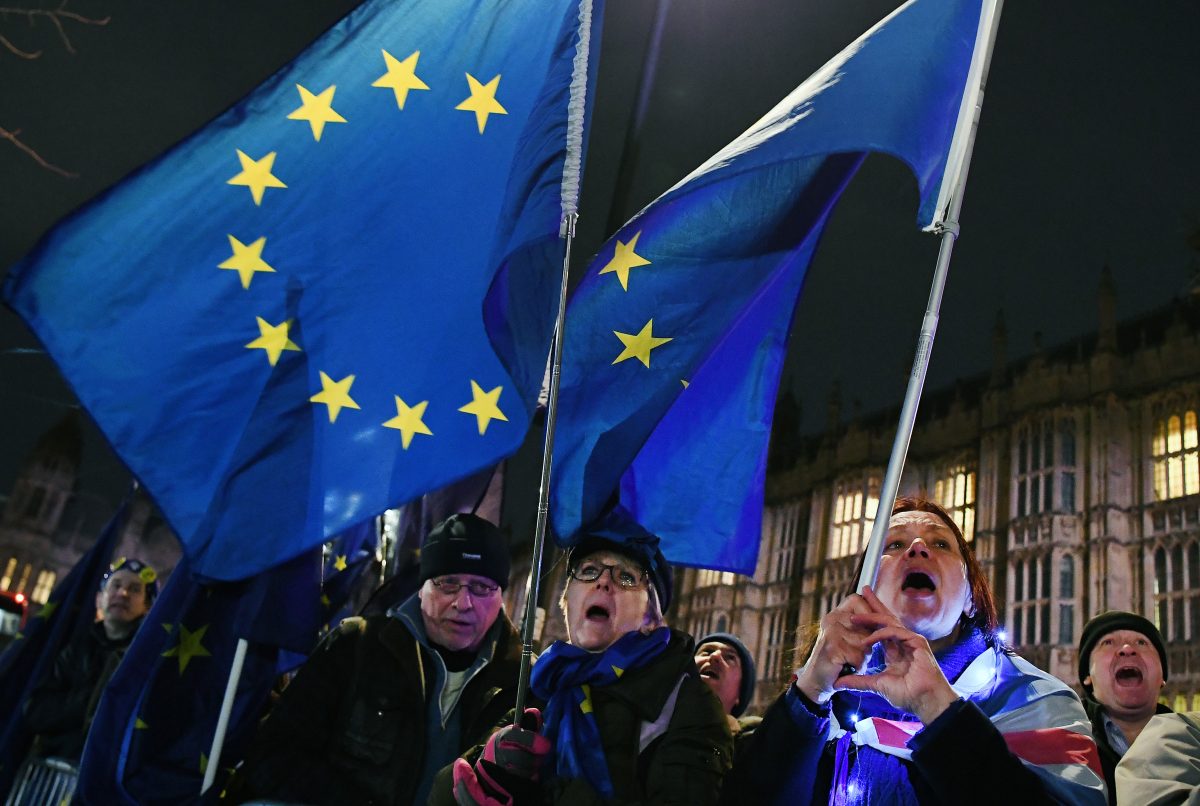 It may be hard to believe that the European Union was created to promote stability. After all, the United Kingdom is on the verge of exiting the bloc. Nationalism and economic uncertainty are on the rise in a number of EU member states. And an increasingly aggressive Russia, fresh from its takeover of Crimea, looms large to the east.

But the EU was, in fact, created to counter instability.

The bloc’s history goes back more than half a century. Although today the EU is known for allowing the free movement of products and people within its borders, the union was originally created for a different purpose.

When was the EU founded?

In 1951, Italy, France, Germany, Belgium, the Netherlands and Luxembourg signed the Treaty of Paris, which led to the creation of the European Coal and Steel Community (ECSC). The ECSC was established as part of an effort to prevent future bloodbaths between neighboring countries, of the kind seen in World War One and Two.

The ECSC was meant to prevent future wars by making it all but impossible for signatory nations to start one: War demands steel and coal, and so it becomes much more difficult if countries’ industries are intertwined.

The success of the ECSC spurred cooperation in other economic sectors that was formalized with the Treaty of Rome in 1957.

At the same time, the ECSC changed its name to the European Economic Community. As the name suggests, the purpose of the new community was to enable people, goods and services to move freely across members’ borders.

Who are the member states?

The EU currently has 28 member states; the number will fall to 27 if and when the United Kingdom leaves as scheduled on March 29.

It took decades for the EU to grow to its current size. Here is when different countries joined the EU:

Although there are already 28 members states, Turkey, Macedonia, Montenegro, Serbia and Albania have all asked to be admitted.

Whether or not they are admitted will depend on whether they can meet the EU’s entry requirements. Many small states struggle to meet the strict admission criteria, which were developed in 1993 and are referred to as the Copenhagen Criteria.

An aspiring member has to have “stable institutions guaranteeing democracy, the rule of law, human rights and respect for and protection of minorities; a functioning market economy and the capacity to cope with competition and market forces in the EU; the ability to take on and implement effectively the obligations of membership, including adherence to the aims of political, economic and monetary union.”

The EU after the fall of the Berlin Wall

The fall of the Berlin Wall and then the collapse of the Soviet Union in 1991 marked the end of the Cold War. But instability persisted in Europe, particularly in former Soviet satellite states.

Meanwhile, EEC member states drew closer as neighbours, leading to Maastricht Treaty in 1992, which created of a common foreign and security policy.

In 1997 under the Treaty of Amsterdam, member states’ national governments transferred certain powers to the European Parliament, including the authority to pass laws relating to immigration, foreign policy and security.

Is stability the purpose of the European Union?

One of the founding purposes of the EU was to promote free trade between the member states. Free trade policies ensure goods produced in the EU member countries can be bought and sold in other member countries without being subject to tariffs or taxes.

The EU promotes other economic objectives, such as growth and employment, and macroeconomic and fiscal stability within the union.

The EU took a major step towards promoting macroeconomic stability by creating a single currency, the euro, which started circulating in 2002 and is now used by more than 339 million people in 23 countries, including 19 EU member states.

The EU has evolved dramatically throughout its history. It went from being a sort of insurance against a world war to a massive union that exerts enormous global economic and political clout.

Notwithstanding the UK’s plans to exit, there still remain significant opportunities for the EU to grow. But size is not a guarantee of security or stability. Whether or not the EU continues to guarantee peace and stability will depend on member states’ willingness to cooperate and compromise.

Mikkel Arffmann is a second-year student at the Herlufsholm School, focusing on Business Management and Social Studies. He lives in Denmark and speaks Danish, English and French. In the future, he would like to study Economics.

Daniel Bendix is a Danish high school student at the Herlufsholm School, where he is studying Social Science and Business. He was born in Riyadh and has since lived in the Netherlands. He enjoys writing about global politics and business.