Elections in Thailand: Déjà vu all over again

Thailand holds the world record for military coups. Landmark elections in March seems sure to yield yet more instability in the Southeast Asian nation. 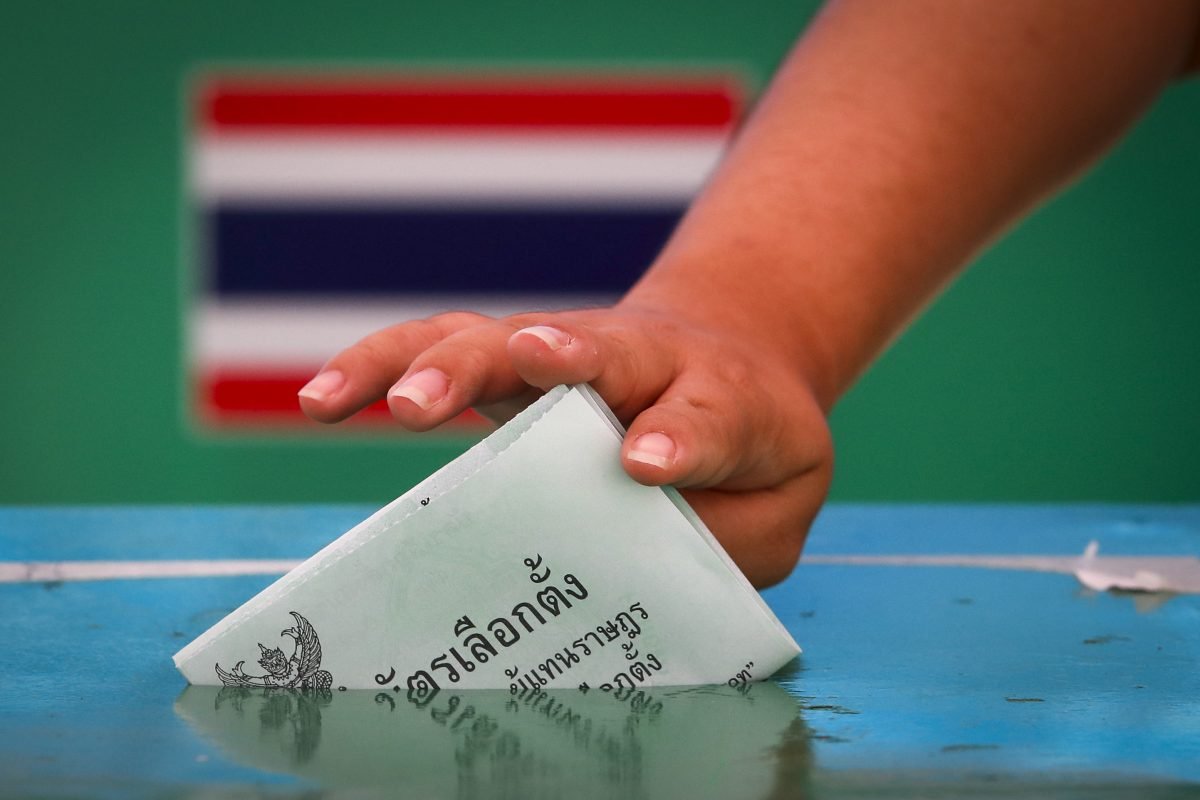 A Thai woman casts her vote during the general election on the outskirts of Bangkok, Thailand, 24 March 2019 (EPA-EFE/Diego Azubel)

In Thailand, coup leaders from the army have often swapped their uniforms for suits in a strategy aimed at locking in backdoor military control of their fractious Southeast Asian kingdom.

So it was after a group of foreign-educated students and military leaders sprang a coup that ended the absolute monarchy in 1932.

And so it is today, as Southeast Asia’s second biggest economy after Indonesia awaits the final results of the first national poll since the army booted out a populist, elected government in 2014.

With 12 successful putsches since 1932, Thailand holds the modern record for military power grabs, which have punctuated its tumultuous, at times violent, partisan politics.

Now, more than three weeks after a landmark March 24 election, the political landscape is again in flux.

Opposition parties say the army rigged the poll against them, although they claim to have won enough seats to form an anti-junta government.

Instability looms for whatever government emerges, with the lower house likely to be split into two fiercely opposed camps.

This would make it tough to pass budgets and to reach important investment decisions. Renewed unrest could result, analysts say.

The nation’s Election Commission is due to announce the final vote tally no sooner than May 9, after the coronation of King Maha Vajiralongkorn.

In leading the 2014 coup, then-Royal Thai Army chief — now Prime Minister — Prayuth Chan-ocha said he had acted to end a six-month political crisis  that at times gridlocked the heart of Bangkok with street protests. He said he also aimed to protect the monarchy, Thailand’s most revered institution.

The overarching conflict stemmed from the Thai establishment’s revulsion at the pro-poor policies of fugitive Prime Minister Thaksin Shinawatra, a telecommunications magnate who swept into office in 2001. Detractors accused Thaksin, 69, of seeking to upstage the king via the creation of a republic with himself in charge, a charge that Thaksin denies.

Thaksin was deposed by the army in a 2006 coup, after his re-election by a landslide. He now lives abroad to avoid a corruption sentence. His sister, Yingluck Shinawatra, 51, was ousted from the premiership in 2014 by a Constitutional Court decision that many critics deemed politically motivated.

The preliminary election results fell short of the junta’s hopes.

Nearly five years after grabbing power, Prayuth, 65, aims to stay on as prime minister, now as a candidate of a pro-military proxy party, Palang Pracharat.

As a retired army general and head of the ruling junta, he has sought to unify society around “a vision of a Thai state with the military and the monarchy as the unchallenged centers of power,” as political scientists Allen Hicken and Joel Selway wrote in February in The Washington Post.

The preliminary election results fell short of the junta’s hopes.

The party loyal to Thaksin, the military’s arch-enemy, was headed to pick up the most seats. And a new left-of-center, liberal democratic party, the Future Forward Party, showed surprising strength. It scored third behind the Pheu Thai, linked to Thaksin and the military-backed proxy party, which was second.

After the vote, Thanathorn Juangroongruangkit, leader of the youth-oriented Future Forward Party, was charged with sedition on a junta complaint dating back to 2015. The case could lead to the disbanding of his party after a possible trial in a military court.

Thanathorn, 40, is a billionaire ultra-marathoner who has joined an opposition “Democratic Front” that would try to form a new government. The Future Forward Party blames the military for much of Thailand’s political gridlock and has called for slashing the army’s budget.

It was the second set of criminal charges brought against Thanathorn, who runs a family auto-parts empire, since he formed the Future Forward party last year.

Prayuth, unlike the opposition, was meant to benefit greatly from rules introduced by the junta to shrink political parties’ clout.  A rewritten 2017 Constitution spells out a decisive military role in government for as long as two decades to come.

Under the new rules, the junta known as the National Council for Peace and Order is set to handpick all 250 seats of the upper house of parliament. Along with a newly elected 500-member lower house, both houses must approve the choice of the next prime minister, a change from before, when the lower house did so alone.

The switch means the junta-backed party and its allies need only 126 seats in the House to keep Prayuth as prime minister. By contrast, the opposition must win 376 votes for its choice to take office – 50 percent plus one of the total membership of the two houses.

The makeup of the 500-seat House of Representatives is what was up for grabs on March 24. But it might as well have been Groundhog Day, shades of the 1993 film of the same name starring Bill Murray.

The kingdom is on the verge of reopening old wounds that appear to be recurring in almost the same, foreseeable way that has hamstrung politics and crimped economic development for more than a decade.

Jim Wolf reported from Thailand for Agence France-Presse from 1980 to 1986. He later covered international security issues and the U.S. military-industrial-cyber complex as a Reuters correspondent in Washington.