Duterte, democracy and the war on drugs

Philippine President Duterte’s war on drugs has killed thousands of citizens extra-judicially. Can the country still be called a democracy? 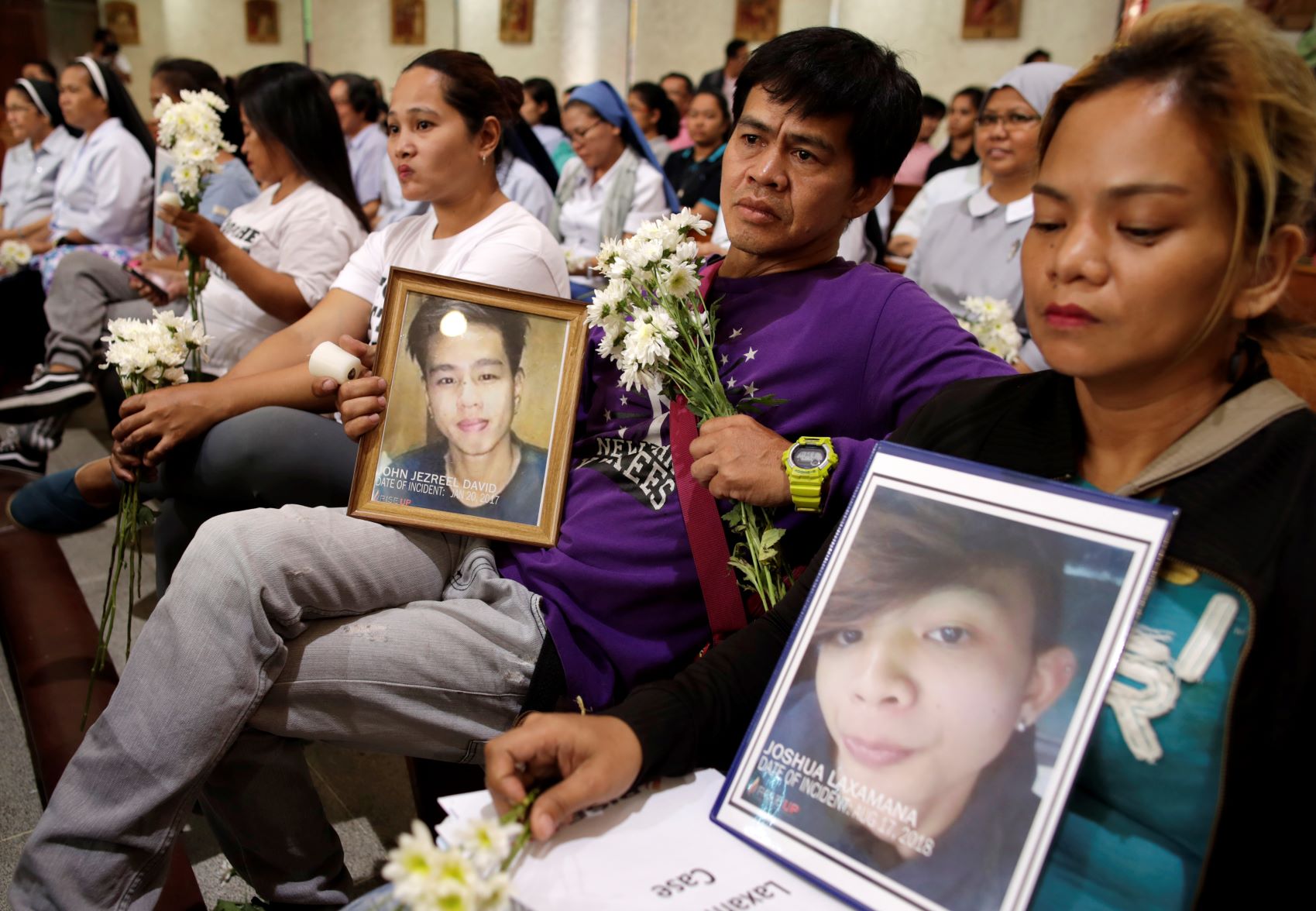 Filipino Dennis David (center) holds a picture of his son, who was a victim of a drug-related killing, as he attends a mass supporting a complaint under the International Criminal Court, Quezon city, Philippines, March 15 2019. (EPA-EFE/Francis R. Malasig)

For months, Americans have been divided over President Donald Trump’s promise to build a wall along the U.S. southern border despite opposition to the plan in Congress.

Trump has justified the need for a wall by saying it will help prevent the sale of illegal drugs in the United States – a claim many view as controversial.

The United States is not the only country trying to tackle a drug problem through controversial means.

The president of the Philippines, Rodrigo Duterte, is in the midst of his own war on drugs. But his war is different from Trump’s.

Since 2016, it has claimed the lives of more than 20,000 individuals, including the urban poor, lawyers and children.

Police are gunning down citizens.

These deaths are not the product of overdoses or drug-related street violence. They’re the result of police brutality and death squads.

According to Human Rights Watch, police have falsified records to justify murders. Attacks are so common some police tactics have been nicknamed: “Riding in tandem” refers to an attack involving two people on a motorcycle — one steering and the other firing on civilians.

Can we say that the Philippines is a true democracy, if thousands of its own citizens are killed extra-judicially?

“What do we mean by democracy?” said Nur Amali Ibrahim, an assistant professor in Indiana University’s Departments of Religious Studies and International Studies.

Democracies have many different features.

If that definition is used, Ibrahim said, then it can be possible to call a country like the Philippines democratic, notwithstanding the actions of President Duterte.

But it’s necessary to consider both “top-down” and “bottom-up” definitions of democracy to see the full picture, Ibrahim said.

A top-down approach analyzes democracy through the lens of government action, transparency and democratic institutions, while a bottom-up approach looks at democracy from the perspective of the people.

“Those two processes do not necessarily work hand in hand,” he said. “They can be separate processes. So you could have absolute corruption in the state but have a very vibrant civil society.”

The Philippines has left the ICC.

While Ibrahim recognizes there are many causes for concern about the state of democracy in the Philippines, the most pressing is its erosion of democratic institutions. “Institutions that are crucial for the observance of the rule of law, the principle of separation of powers and the system of checks and balances are being eroded,” he said.

One recent worrying sign was the Philippines’ withdrawal last month from the International Criminal Court, which serves as a court of last resort.

The ICC investigates individuals who may have committed crimes of great concern to the international community – such as crimes against humanity – and who are unlikely to be brought to justice within their own countries.

In response to a complaint filed by a Filipino lawyer, the ICC has been conducting a preliminary inquiry into accusations that Duterte and other officials have committed crimes against humanity with their war on drugs.

People are fighting back.

By removing itself from the court’s jurisdiction, Duterte is shielding himself from the risk of being held accountable later by the international community for actions taken by his government after its withdrawal.

Perfecto Boyet Caparas, the associate director of graduate programs at the Indiana University-Purdue University McKinney School of Law, has written extensively about the intersection of human rights and law, with a focus on the Philippines. In his view, there is still room for hope because it all comes down to a capacity for resistance.

“Journalists, lawyers, religious personnel and the people are fighting back,” he said. “Resistance in this context is the core essence of democracy.”

Beyond the welfare of Filipinos, Duterte’s war on drugs raises important questions for the rest of the world.

“It’s true that foreign policy in general, and Southeast Asia specifically, is often overlooked in day to day life and in political contests,” said Joshua Kurlantzick, a Southeast Asia expert for the Council on Foreign Relations.

But in Kurlantzick’s view, we should be paying closer attention to events in Southeast Asia.