Chadwick School’s Student Ambassadors win the April Decoder in the Spotlight award for their reporting and engagement with News Decoder. 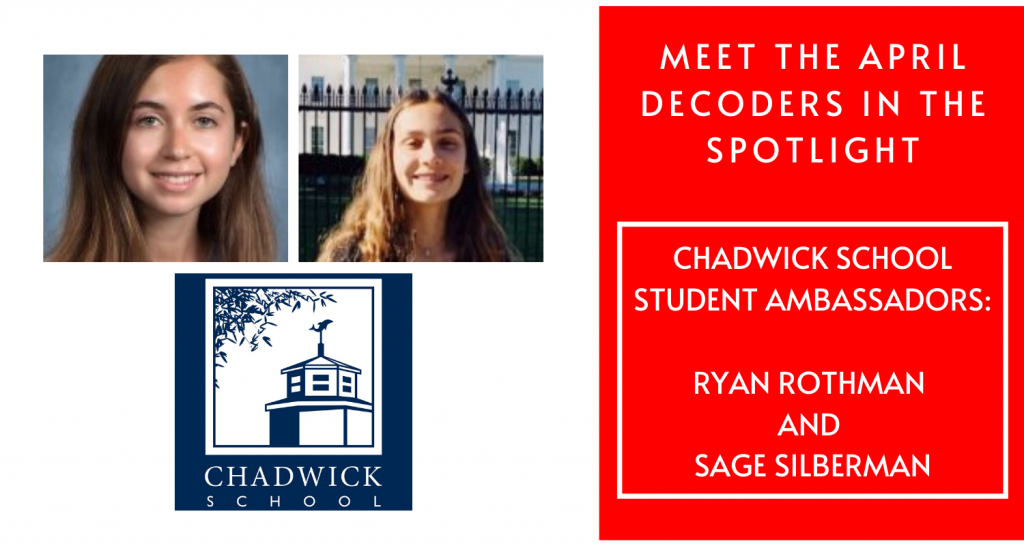 Chadwick School’s Student Ambassadors are named Decoders in the Spotlight for April.

In a sunlit classroom in Los Angeles, five high school students sat around a large table and waited for a video conference to start, laptops and notebooks at hand. They were early and came prepared with questions for News Decoder’s editor in Paris.

The Chadwick School Student Ambassadors spoke first. Although only in their first year of high school, Ryan Rothman and Sage Silberman were leading the production of their school’s webinar with News Decoder for the 2019-20 academic year.

The three other students on the international call were recruited by the two energetic Student Ambassadors. Deliberate and organized, Chadwick’s newly formed webinar team spelled out their plan for how they would tackle their school’s webinar theme, Inequality, over the course of the semester.

Rothman and Silberman win April’s Decoder in the Spotlight award for their spirited engagement with News Decoder and for reporting on issues that matter to young people. Becca Marcus, director of Global Programs, advises the student-led initiative at the K-12 independent school in Palos Verdes, California.

“News Decoder has given me a new perspective on writing, but also on how to think. In a world where a lot of content, stories and ideas are recycled, it makes me try to think more originally,” said Silberman.

Shortly following that first meeting with Chadwick, the United States reported its first confirmed case of COVID-19. The World Health Organization then declared a pandemic, and California’s governor issued a shelter in place order. As News Decoder’s partner schools scrambled to transition to remote learning, the educational news service was forced to cancel its webinars for March and April, including Chadwick’s.

Despite the public health crisis, Rothman and Silberman continued to pitch story ideas to News Decoder’s editors. Rothman produced a multi-media piece on what peers around the world are doing to fight plastics pollution.

“Engaging with News Decoder has taught me a lot about journalism. After publishing just one piece, I feel more confident interviewing and writing articles,” said Rothman.

Silberman is researching a story on how COVID-19 is affecting homeless in Los Angeles. She is also gearing up to participate as a reporter in the third season of News Decoder’s podcast series, “The Kids Are Alright,” coming out later this year.

Chadwick School is a founding member of News Decoder.  For more stories by Chadwick students, visit our website. 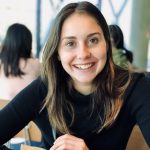 Savannah Jenkins is News-Decoder’s Communications Manager. A dual American-British citizen, she completed a double major in International and Comparative Politics, History, Law and Society at the American University of Paris. She initially joined News-Decoder in 2018 and has experience working for non-profit and for-profit organizations. Jenkins recently completed a stint volunteering in Greece, where she provided emergency relief to refugees.