by Savannah Jenkins | 12 Dec 2018 | Students in the Spotlight, Youth Voices

Clio Morrison of Friends Seminary in the U.S. wins this month’s “Decoder in the Spotlight” award for her leadership and reporting for News-Decoder. 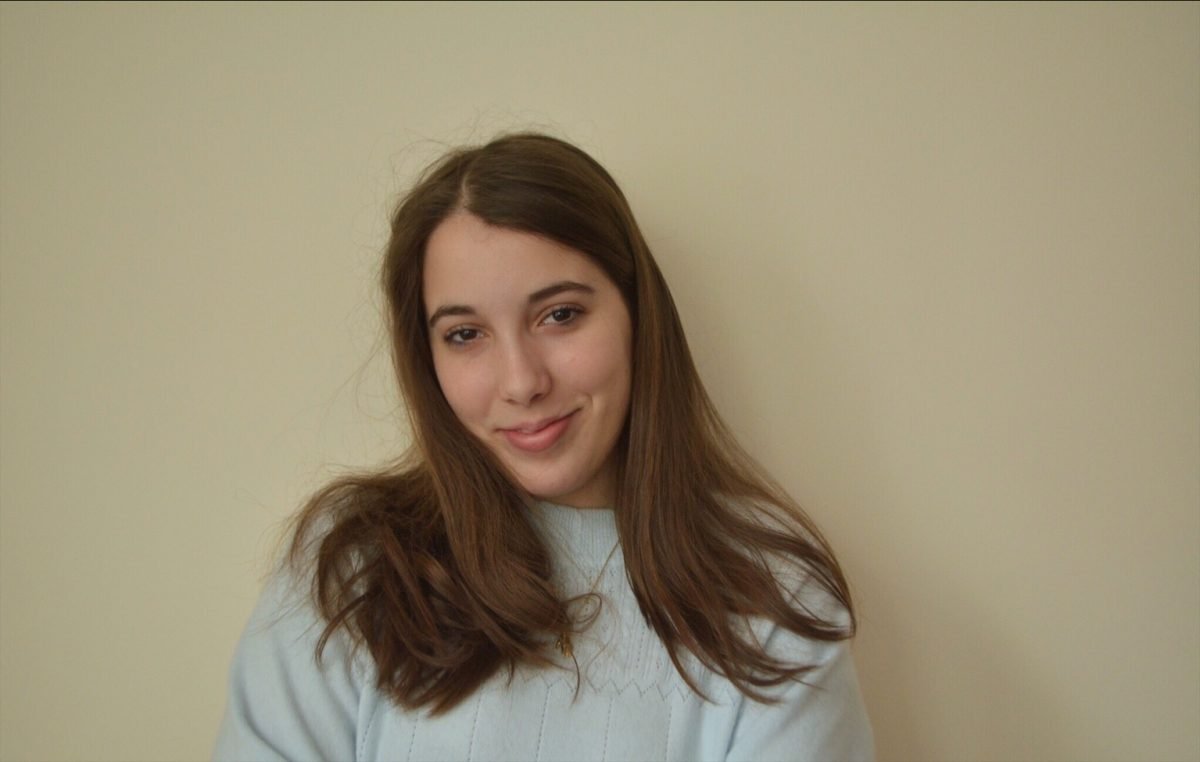 No matter where she is, she’s supporting News-Decoder. And her camera is never far away.

Clio Morrison has contributed to News-Decoder from schools on both sides of the Atlantic and wins this month’s “Decoder in the Spotlight” award for the multiple ways she has helped us grow our community.

Last year, Clio spent her second-to-last year of high school at School Year Abroad France. She published a piece entitled “A child of Instagram finds peace in a darkroom” that captured her interest in photography and submitted a series of photos that looked at the #MeToo movement, which was gaining momentum in the United States.

She was part of a team of students who won our monthly award in March of this year and then followed up with an article on separatist sentiment on the island of Corsica.

This year she is in her final year of high school at another News-Decoder partner school, Friends Seminary in New York. She is the school’s Student Ambassador and recently published an article, with photos by her, on New York City’s efforts to combat global warming and to prepare for the effects of climate change — the subject of a News-Decoder webinar that she helped to organize and which featured students from Friends Seminary, King’s Academy in Jordan and Thacher School in California.

Clio is one of 40 Student Ambassadors who help students in News-Decoder’s 17 academic partners get the most out of our program.

Clio answered some of our questions about her interests and plans.

Q: What are your main academic interests?

Clio: I love to study history. Ever since I was young, I have been captivated by the stories of other people and other eras. The way I see it, history is a great foundation for a lot of different careers. I also really love to study French. Both the language and the culture fascinate me.

Q: Your interests outside of class?

Clio: I have always loved to take photos. During high school, I discovered the world of film photography. Before I stepped into a darkroom, photography was simply a means for me to remember my experiences. But when I took my first film photography class, my perception of automatic digital photography as the only form of photography gave way to a newfound interest in processing and developing my own negatives. Now, when I am in the darkroom, I feel the most at peace.

Q: What do you plan to study in college?

Clio: I plan to major in History, but I also want to continue studying French. I might even consider the possibility of a double major with the two subjects.

Q: Have you been admitted to college yet, and if so, do you know where you’ll be going?

Clio: I have not yet heard back from any colleges. I hope to hear back from my first college this week!

Q: Do you have any ideas about what you’d like to do as a career?

Clio: I am not exactly sure what I would like to do in the future. After I my experience in the News-Decoder club at SYA, I took a journalism course at NYU over the summer. The course was super interesting, and I am now definitely considering journalism as a career possibility. Then again, I have lots of time and lots of interests that I still want to explore.

Q: Have you found News-Decoder to be useful, and if so, how?

Clio: Yes! I have found News-Decoder to be incredibly useful. It introduced me to the world of journalism. News-Decoder has really encouraged me to talk to people in my community about current events and to write about the things that I most care about. If I hadn’t joined the club in my junior year, I don’t think I would be as outgoing as I am today.

Q: What do you consider to be the world’s biggest problem right now?

Clio: I think one of the United States’ biggest problems right now is gun control. I know this issue pertains mostly to the United States, but it is still an issue that I care deeply about. When I was living abroad in France, I talked with my host dad extensively about this issue. In France, guns are virtually illegal, and there are no mass shootings like the ones the United States is accustomed to. I think the American government needs to pass some legislature in the near future in order to solve this issue, otherwise I fear the problem of gun violence will continue.

Q: You went to School Year Abroad France and Friends Seminary, both partner schools with News-Decoder. How did News-Decoder connect your two experiences in New York and France?

Clio: News-Decoder has helped me gain a better global understanding. I first joined News-Decoder in my junior year when I was studying abroad in Rennes, France. That year, we talked a lot about separatist movements in Europe. SYA France participated in a webinar with SYA Spain about this issue, and I even wrote an article with my friend Jaeli about Corsica and its situation in particular. The research for the article was super interesting, and the webinar was so much fun! I knew I wanted to stay involved with News-Decoder when I returned to New York. News-Decoder has encouraged me to learn more about the world around me. While the most pressing issues in the United States are not the same as those in Europe, News-Decoder has kept me curious.

Clio: I’ve had so much fun working with News-Decoder! I look forward to writing more and further honing my journalism skills.

Savannah Jenkins joined News-Decoder in January to help expand its network of schools to more countries and to support its partners. She works closely with student ambassadors to raise News-Decoder’s profile on campus and to help the  representatives fulfill their leadership responsibilities. A 2017 graduate of the American University of Paris, she has been accepted into the U.S. Peace Corps and will be starting a two-year stint in Senegal in early 2019.