Many African countries have cast off the painful legacy of colonialism. But Congo remains mired in horror, violence, corruption and misgovernment. 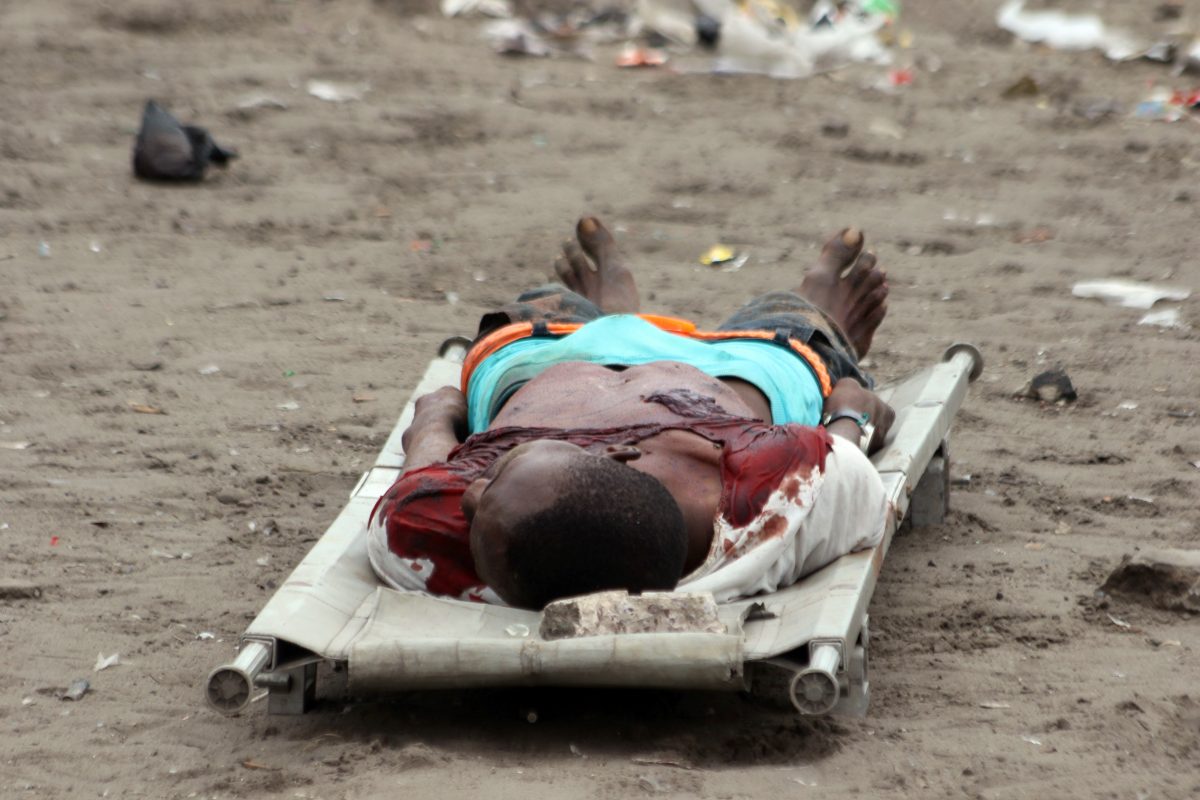 The body of a man killed during election protests lies in the street, in Kinshasa, Democratic Republic of Congo, 19 September 2016. (AP Photo/John Bompengo)

While many African countries have thrown off the painful legacy of colonialism and the disaster stereotypes of the past, Congo remains sadly mired in its dark reputation for horror, violence, corruption and misgovernment.

In the decade to 2015, gross domestic production in the 11 largest sub-Saharan African countries grew by 50 percent, according to Bloomberg, more than double the world average. But the Democratic Republic of Congo (DRC), Africa’s second largest nation, remains chronically unstable and one of the world’s poorest nations despite possessing vast mineral resources and agricultural potential.

After decades of fighting between militias and armies in DRC’s east, a spreading conflict in the previously peaceful central Kasai region since last July has become a major threat. Some 400 people have died in fighting between a lightly armed local militia that has recruited thousands of child soldiers, and the Congolese army, with atrocities on both sides.

The dead include two United Nations investigators, an American and a Swede, kidnapped last month. A million people have been displaced, and 11,000 have fled into neighboring Angola.

Although the rebellion had local origins, it is part of a wide pattern of national instability and unrest since President Joseph Kabila’s refusal in December to leave power after two terms, as required by the constitution.

A country that has never had a peaceful transition of power

The ruling party and the opposition reached a deal in December for Kabila to step down after elections by the end of 2017. But the unrest is making this increasingly unlikely – his opponents say this is his intention – and frustration among the population is stoking violence.

The latest tensions follow a pattern in a country which has never had a peaceful transition of power and whose catastrophic history is the most glaring example of the curse of natural riches in Africa since colonial times.

In the bloodiest episode of the brutal “Scramble for Africa” by rival European powers in the late 19th century, Belgian King Leopold seized a vast tract of central Africa, four times as large as France, as a private commercial enterprise.

Leopold’s agents and a 19,000-strong army brutally enslaved the population and looted the country for ivory and rubber, chopping off the hands or killing those who resisted. Some estimates say up to 10 million people, or half the population, died as a result.

Leopold was forced by an international outcry to sell the colony to Belgium in 1908. But exploitation continued up to independence in 1960, when there was scarcely any political development or trained local administrators.

Immediate prospects of an end to Congo’s chaos look weak.

Western powers, fearful of Cold War Soviet influence, backed the army chief, Mobutu Sese Seko, who took power in a coup in 1965. Mobutu ran the country as a kleptocracy for the next 32 years before his military overthrow by Kabila’s father, Laurent, backed by Rwanda and Uganda.

Between 1996 and 2003, “Africa’s World War” — sparked by genocide in neighboring Rwanda but also fueled by greed for Congo’s minerals, including gold, diamonds and coltan used in electronic devices — sucked in nine neighboring countries and led to the death of more than five million people. Joseph took power when his father was assassinated in 2001.

Immediate prospects of an end to Congo’s chaos look weak as chances for elections recede. Only African and international pressure on Kabila and a reduction in  violence could make elections possible this year. But the new U.S. administration’s limited interest in Africa will make that less likely.

The UN’s biggest and most costly peacekeeping force is largely deployed in the east and would be badly stretched to intervene in the now conflict-ridden central region, especially since its maximum size was reduced under U.S. pressure last month from nearly 20,000 to 16,000.

So Congo’s torment, chronicled by writers from Joseph Conrad to John Le Carré, looks likely to continue in the heart of Africa.

Barry Moody was Africa Editor for Reuters for 10 years and Middle East editor for seven, during which time he led coverage of the 2003 Iraq war. He worked on every continent as one of the agency’s most experienced foreign correspondents and editors. His postings included Italy, Asia, Australasia and the United States. He ran editorial operations in Italy, Spain, Greece and Portugal at the height of the EU debt crisis.