Not all Chinese students in the U.S. are rich and spoiled

Chinese students flaunting luxury cars and designer clothes fuel a stereotype that ignores the harsh reality for many compatriots on U.S. campuses. 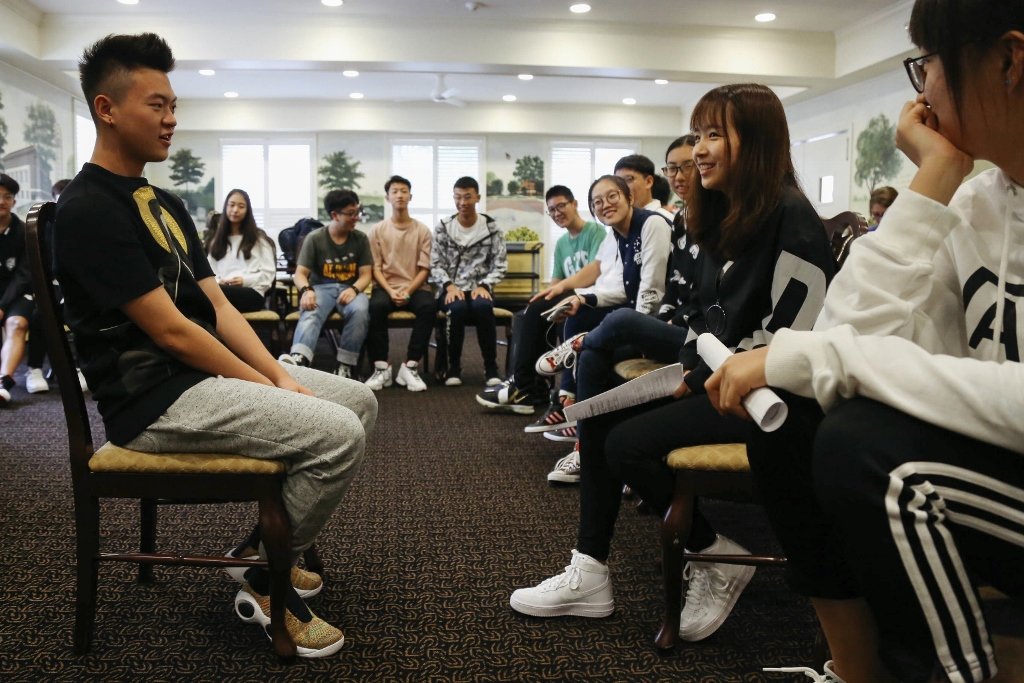 When she sees a fellow student from outside the United States behind the wheel, she doesn’t think much of it. But she knows other students may see things differently.

The nice cars and flashy clothes flaunted by some non-U.S. students are trademarks of the fuerdai, a derogatory term for children of China’s nouveau riche.

But Tang said the cars and clothes have created a stereotype that paints non-U.S. students as ultra-rich exorbitant spenders.

“They think we all have these fancy things, but we don’t,” the undergraduate said.

Many Chinese student seek a U.S. education as a status symbol.

While she sees some non-U.S. students around her spending on brand names such as Supreme, Chanel and Louis Vuitton, these clothes are usually out of her price range.

Tang said an American education is sought after as a status symbol in China, so wealthy elites often opt to send their children to the United States for university.

According to a 2012 study by the Research and Advisory Services group at World Education Services, 85 percent of wealthy Chinese citizens planned to send their children overseas for their education. That’s 2.7 million affluent Chinese parents hoping to send children abroad.

But Tang said not all of the nearly 6,000 non-U.S. students at Indiana University in Bloomington, Indiana fall under this category. (In the U.S. educational sector, students from outside the United States are commonly referred to as “international students.”)

The 6,547 international students on campus in 2017 paid $180 million in tuition to the university. Their living expenses totaled some $122 million. (Typically, students from outside the United States are not eligible to receive as much financial aid as U.S. students, if any at all.)

“They know it takes a lot of money to come here, so they may think we’re all rich,” she said.

Flashy spending fuels the stereotype, she said. After all, it’s easier to notice the international student in the black Bentley and ignore the one serving you food in a dining hall to earn tuition money.

“Some students don’t know when they’ll get their next meal.”

While Chinese students of the past may be rich, Tang said most are now like her — middle class and with parents who worked for years to save up money for her overseas education.

China’s economic boom has nurtured its middle class, opening doors for parents to scrape enough together to send their children to school in the United States.

For every fuerdai who doesn’t study and treats their education like a vacation, Tang said there is a student like herself hitting the books to make the most of the opportunity.

“There are the ones with the designer clothes and the luxury cars and fancy shoes,” she said. “But there are also many international students who don’t know when they’ll get their next meal.”

“And these items would just pass from student to student until they were broken and worn down,” she said. “But no one talks about that.”

When they face money trouble, they consider the stereotype, assume other international students are financially stable and feel ashamed of their own situation, Poon said.

“There’s this idea of ‘Well, if I can’t make it, there’s something wrong with me,’” she said.

Tang said she can count the number of U.S.-born friends she has on one hand — one finger, actually. Only one domestic student, a particularly friendly Chinese-American student, has managed to cross a divide Tang said exists between international and domestic groups to become her friend.

“It’s hard to connect to other students and get into the very close groups they have,” Tang said. “You feel a bit like an outsider.”

But Tang doesn’t place all the blame on U.S.-born students. She said part of the problem is the language and culture barrier, and the fact that it can be difficult to find topics to connect on.

As an accounting and finance student at Indiana’s Kelley School of Business, Tang often finds herself working on projects with groups of U.S.-born students. She said it’s not uncommon for her to struggle to understand her classmates’ slang and to follow conversations about sports and American culture.

However, Tang said recognizing the inaccuracy of stereotypes and making an effort to include others can go a long way toward building bridges between the two groups and making the university a global community — something she said cannot be done if international and U.S.-born students stay in their separate groups.

“It’s on all of us,” she said. “We have to open our minds and communicate with each other.”

Christine Fernando is an Indiana University student majoring in journalism and sociology with a certificate in neuroscience and minors in psychology and comparative arts. She has worked in editing, reporting and designing roles for the university newspaper, and she interns for a local magazine and designs for TEDx at IU and IU’s undergraduate research journal. This summer she has reported on healthcare in London as a magazine intern.