Immigrants can struggle to work as professionals in the U.S. But there’s no quick fix to “brain waste,” which can punish the economy and migrants. 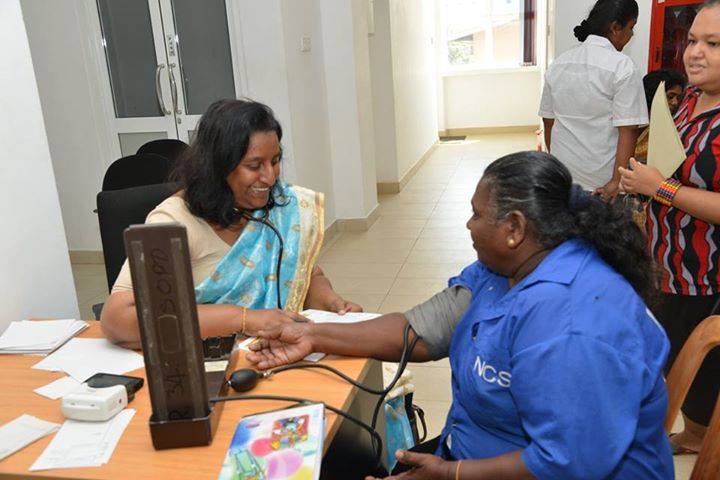 This piece tied for first prize in News-Decoder’s twice-yearly Storytelling Contest. You can read more about the contest and other notable entries here.

During her five years living in the United States, Uthpala Amarasinghe spent several hours every day scrolling through an endless feed of questions that popped up in a WhatsApp group of 8,000 individuals in the Middle East.

Occasionally she stopped scrolling and started typing, answering questions about treating health problems ranging from fevers to infections. She did it for free.

“It was the only way I could feel like a doctor,” said Amarasinghe, who worked as a doctor in her native Sri Lanka before temporarily emigrating to the United States in March 2014.

Amarasinghe spent five years pursuing her bachelor of medicine and surgery before earning a master’s in public health in her native country. She completed practical training as an intern medical officer and subsequently practiced in India, Japan and Malaysia. She is also certified to practice in Dubai, Israel, Kuwait and most other countries in the Middle East.

But she is not certified in the United States, where she once hoped to spend the rest of her life. “I have never treated an American patient,” she said.

For many skilled immigrants like Amarasinghe, a slew of obstacles prevent them from contributing to the U.S. labor force. Some bring credentials and degrees that are not recognized by American employers. Others face language barriers and visa restrictions that prohibit working.

These skilled immigrants could earn some $39 billion a year more in wages, and the U.S. government misses out on more than $10 billion in taxes, according to a 2016 Migration Policy Institute study.

Sometimes these immigrants end up going back to their home countries. After five frustrating years in the United States, Amarasinghe returned to Sri Lanka in April to take a job at the national Health Ministry. Her college-aged daughter stayed behind in the United States.

A 2014 study in the Journal of Regional Science showed that in 2009, brain waste affected 40% of U.S. immigrants with a bachelor’s degree, 50% of those with a doctoral or professional degree and 75% of those with a master’s degree.

“That’s a big loss for U.S. companies,” said Gaurav Khanna, an assistant Economics professor at University of California San Diego’s School of Global Policy and Strategy. “We’re losing a lot of global talent, and these talented people who are already here are losing out on countless opportunities.”

Doctors like Amarasinghe could offer specialized skills needed to make up for a nationwide shortage of doctors, said Katherine Gebremedhin, director of partnerships and program development for World Education Services Global Talent Bridge, an organization that evaluates degrees and diplomas earned abroad to determine their equivalency to U.S. degrees.

‘People are dying but I can’t do anything.’

“We don’t want immigrants to only have survival jobs,” she said. “We want them to work using their skills, what they’re passionate about.”

In Sri Lanka, Amarasinghe specialized in adolescent care, helping young people struggling with addiction — a skill she thinks would be particularly useful in the U.S., where addiction rates continue to climb.

“Sometimes, I’ll see a patient and know how to help, but I can’t,” she said. “That’s depressing for me, having your hands tied. People are dying, but I can’t do anything. We can help, but we’re not allowed to.”

Research, including a 2018 study by researchers at Maastricht University, indicates that medical training can differ widely across countries. Professional programs and licensing bodies often vary in their curricula and terminology, and their degrees and licenses can differ.

State medical licensing agencies thus generally require foreign-educated doctors to undergo re-certification to become licensed to practice in the United States. These processes exist to ensure everyone who receives treatment within the United States receives the same baseline level of medical care.

The process is long, complex and expensive.

The Washington Medical Commission, for example, oversees re-certifications and enforces licensing qualifications in the state.

“It is the purpose and responsibility of the Washington Medical Commission to protect the public by ensuring quality healthcare is provided by physicians and physician assistants,” the WMC’s mission statement asserts. “The WMC establishes, monitors and enforces qualifications for licensure, consistent standards of practice and continuing competency.”

But the length, complexity and expense of re-certification can make it virtually impossible for some immigrants to ever practice.

Amarasinghe said re-certification was her greatest obstacle. Even if she had spent the estimated six years to be re-certified, she would have had to complete her residency again. That would have posed additional problems because many residency programs favor U.S. students or recent graduates. Despite her years of clinical experience, she may never have been accepted into a residency program, barring her from practicing.

For some immigrants, visa restrictions make it impossible to work any job — whether or not the job aligns with their skills.

When Rashi Bhatnagar moved from India to Texas a decade ago, she came with a master’s in Journalism from the University of Delhi and experience working for the Hindustan Times, India Today and Magna Publications. But she arrived in the United States with her IT worker husband and an H-4 visa that prohibited her from working.

“Forget about this culture shock,” Bhatnagar said. “That was fine. It was the shock of not being able to do my work that was hardest.”

Now in Atlanta, Bhatnagar has spent the last 10 years at home. She drops her four-year-old son off at school, goes to the gym, does household chores and picks her son up. Sometimes, after everyone has gone to work, she sits by the window to see who is coming and leaving their houses for work, wishing she could join them.

The group represents Americans out of work.

Her life in the United States could not have differed more from her fast-paced life as a journalist living alone in Delhi.

“I was independent, and everything was open to me,” she said. “Now, every door has closed.”

When she came to the United States, she realized a work permit would not be easy to find, and a “green card,” or permanent resident permit, would be even more difficult to obtain.

“You feel useless,” she said. “It’s isolating, but I’ve accepted that as my destiny.”

Bhatnagar launched a blog and Facebook page providing information and support to holders of H-4 visas, which are issued to dependents of foreign workers temporarily allowed to live and work in the United States in certain occupations for up to six years. The Facebook page has more than 20,000 “likes.”

Before 2015, a dependent spouse with an H-4 visa could not work in the United States. Under former President Barack Obama, the Department of Homeland Security (DHS) introduced regulations that permitted spouses of foreign workers to apply for permission to work and to receive an H-4 EAD (Employment Authorization Document).

But since Donald Trump became president in 2017, his administration has been considering scrapping the H-4 EAD, and a suit to abolish the work visa is now before the U.S. courts.

Save Jobs USA, the group that filed the lawsuit, represents former technology workers that it alleges have been displaced by foreign guest workers. The group says the H-4 EAD increases job competition for Americans by attracting and retaining foreign workers in the United States who otherwise would not work or remain if their spouses were not also eligible to work.

In a document before the court, Save Jobs USA said the DHS lacks the legal authority to pass regulations authorizing dependent spouses to work on H-4 visas. They said the H-4 EAD is unnecessary “because an alien on H-4 visa is not prohibited from getting a guest worker visa … in his own right.”

Save Jobs USA did not respond to requests for comment.

H-4 spouses are frequently highly-educated, said Khanna. If they cannot work, it is a loss to the U.S. economy, and innovative companies can have difficulty attracting talent if a candidate’s spouse is not eligible to work.

“It’s throwing away our chance to bring in the best and the brightest who can really lead U.S. industries in the right direction,” said Khanna, who has researched how immigrants, especially holders of the H-1B temporary work visa, inject innovation into the U.S. economy.

And since most H-4 spouses are women — 90%, according to 2016 U.S. Office for Immigration Studies statistics — Khanna said allowing them to work would empower women to enter the labor force, mitigate workforce gender imbalances and reduce the financial dependence of H-4 women on their husbands.

But she hopes life will be different for her daughter, Binuri, a student at the University of Notre Dame in Indiana, who is studying to enter medical school.

Christine Fernando is in her fourth year of undergraduate study at Indiana University, specializing in Journalism and Sociology, with a certificate in Neuroscience and courses in Psychology and Comparative Arts. A former News-Decoder Student Ambassador, Fernando is managing editor of the university newspaper, the Indiana Daily Student, and works for TEDxIndianaUniversity and the university’s Journal of Undergraduate Research.