Big money for Big Pharma in rush for COVID-19 vaccines

COVID-19 is not the world’s first pandemic, but the rush to develop vaccines for the disease is unusual for its speed and the big money for Big Pharma. 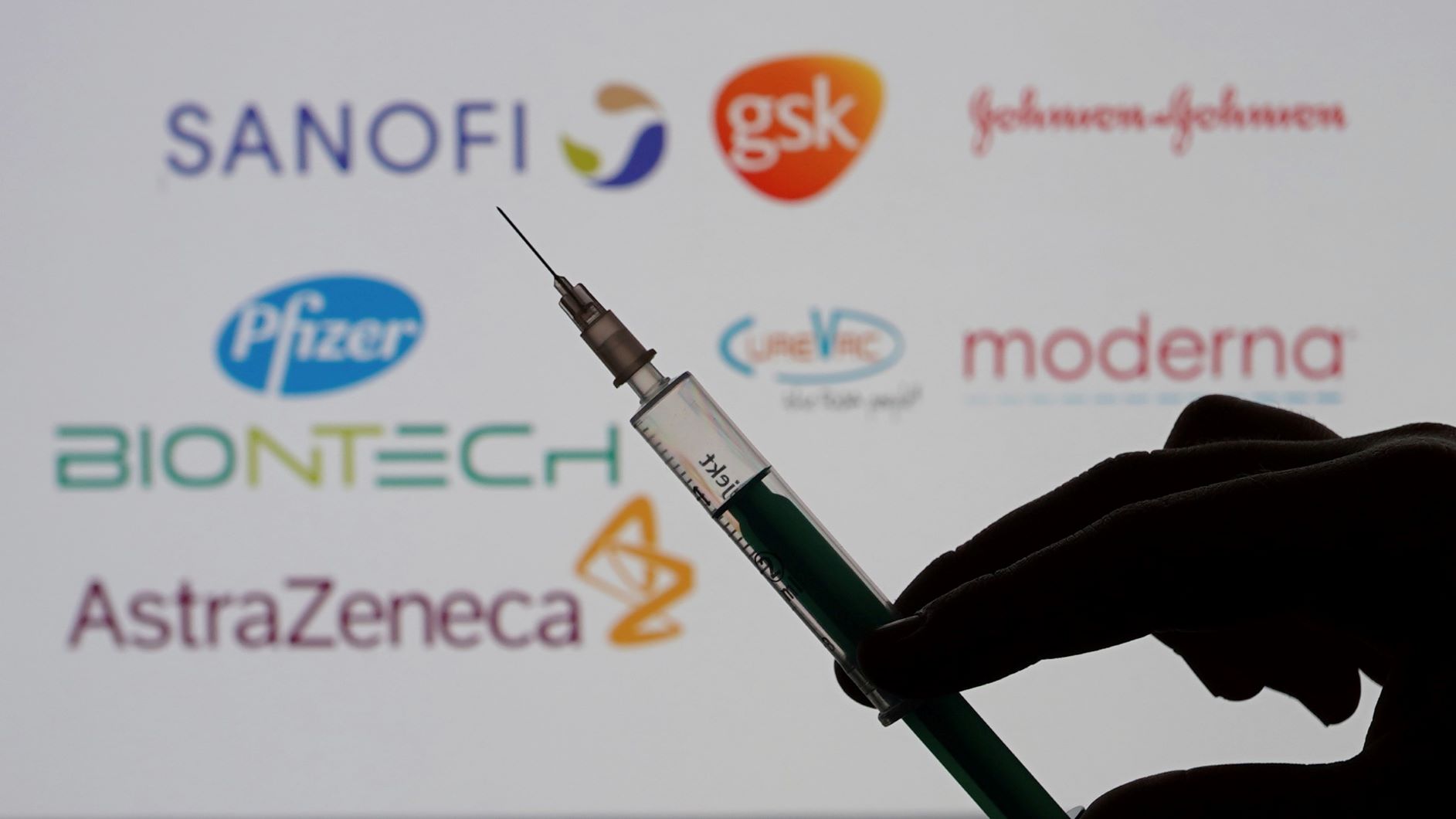 A syringe in front of the logos of pharmaceutical companies that have developed COVID-19 vaccines, 29 January 2021, Berlin, Germany (J’rg Carstensen/picture-alliance/dpa/AP Images)

Vaccinations to stamp out diseases sweeping the world have come a long way since 16th Century Chinese monks sought to immunise people from smallpox by grinding scrapings from scabs on the sick and blowing it up the nostrils of the healthy.

As the world grapples with the latest pandemic to rage across it, causing 2.5 million deaths so far, governments, private investors and philanthropic organisations have poured billions of dollars into the search for a vaccine and its development in record time.

The goal of any vaccine is to create what is known as herd immunity, where enough people have either had the virus or the vaccine, reckoned by some to be 80% of the population, so the virus has nowhere else to go. If left unchecked, the virus mutates into other forms to attack people’s immune systems.

With developed countries jumping in early to buy up supplies of the half dozen vaccines available, not all of them approved by international authorities, developing countries have largely been left behind, and many are struggling to cope with the disease.

Pharmaceutical firms have not always rushed to invest in vaccines.

While early pioneers in the relatively new field of immunology worked quietly for public gratitude but little financial gain, the new COVID-19 vaccines have been developed by some of the world’s biggest pharmaceutical firms, mostly public companies owned by shareholders, which stand to make huge profits.

The companies did not initially rush into the field of vaccines, which has proved to be less attractive to investors in the past. Countries where vaccines are most needed are often the poorest, unable to pay for them.

Previous breakthrough vaccines have taken years, sometimes decades to develop. The search for a vaccine for the Asian SARS bird-flu outbreak early this Century was abandoned when the disease died out. Another search for a vaccine for the recent Zika outbreak in Brazil and other countries that caused malformations of new-born babies has led nowhere.

Meanwhile, a search for a vaccine for the oldest and most lethal of all diseases, the bubonic plague that killed an estimated 200 million people in the Middle Ages and is still lurking in some parts of the world, is still going on.

And there is still no vaccine for malaria, a debilitating and often fatal disease, caused by a parasite, that in 2019 was responsible for an estimated 230 million cases and over 400 deaths, 94% of them in Africa.

Although various forms of vaccine technology were tried out over the centuries, the father of immunology is generally held to be British scientist Edward Jenner, who came up with the world’s first proper vaccine, for smallpox, in 1796. At the time, the disease killed 10% of those who caught it, rising to 20% in towns and cities where it could spread more easily.

He had noticed that milkmaids who often contracted cowpox, which was relatively benign, seemed immune to the much deadlier version. He infected the eight-year-old son of his gardener with cowpox, then exposed him to smallpox, and discovered he did not catch it.

However, it was not until the 1950s that an organised campaign of smallpox vaccination began to tackle the disease, which was estimated to have killed between 300 million and 500 million people in the 20th Century. It was officially declared eradicated in 1980, the only disease to have been wiped out through vaccination.

In 1918 came a pandemic that shook the world.

The Spanish flu outbreak, which was estimated to have infected some 500 million people, provided a wake-up call for the world’s scientists. With no vaccine or anti-biotics to combat secondary infections, at least 50 million people died. Particularly hard hit were children under five, healthy adults between 20 and 40, and those over 65.

The pandemic spurred scientists into searching for vaccines and cures for diseases that had killed millions of people over the centuries. The scientists worked mainly in small groups, in contrast to the huge research teams and resources available to big pharma companies.

Among the top targets was tuberculosis, the leading cause of death from an infectious disease, which as recently as 2018 killed 1.5 million people. The BCG vaccine developed by French scientists Albert Calmette and Camille Guérin, and first used in 1921, has helped reduce the death toll but is struggling to cope with new strains of the disease, and a new version is actively sought.

Another top target was polio, a disease that can cause paralysis, particularly among children, which has been around for centuries but by the late 1800s had reached epidemic proportions across the world. The first injectable vaccine in wide use was developed by Jonas Salk in 1955, followed by an oral version from Albert Sabin.

Vaccines for other potential killers such as typhoid, yellow fever, tetanus and other diseases mainly affecting children such as measles, mumps and rubella and tetanus were developed during the first half of the 20th Century.

However, in the 1960s the pace of research dropped as some of the big pharmaceutical companies, many based in the United States, were put off by growing resistance to vaccination.

The resistance stemmed from a variety of reasons, including religious beliefs, fear of side effects and questions about civil liberties, as well as from a rising number of law suits brought by people complaining of lasting damage to their health.

This left the global vaccine business largely in the hands of countries like India, Brazil, South Africa and South Korea, which have well-developed pharmaceutical industries. India alone produces some 60% of routine vaccines used around the world.

In 1986, the U.S. government introduced the National Vaccine Injury Compensation Programme in a bid to restore confidence in vaccine research.

The huge handouts to the big pharma companies from governments and investors to create a COVID-19 vaccine have prompted some to criticise the process for giving firms, which had shown little initial interest in tackling the pandemic, full ownership over the innovations achieved through the windfall.

“These innovations become the private property of these commercial organisations, and the control over who gets access to the innovation and access to the knowledge of how to make them stays in the hands of the company,” Ellen t’Hoen, director of research group Medicines Law and Policy, told the BBC.

“I think it was unwise of our governments to hand over that money without strings attached,” she said.

Will the cost of COVID-19 vaccines come down?

While big pharma companies argue that they make huge investments in research that often produces no return, there have been calls for the know-how behind the latest vaccines to be pooled, so that firms in India and South Africa can produce affordable versions for their people and others in their regions struggling with COVID-19.

Both countries have appealed to the World Trade Organisation to suspend global patent laws while the pandemic lasts.

At the moment, the big firms can charge what they want for a vaccine dose, from $37 for the U.S. Moderna to $19 for the U.S.-German Pfizer-BioNTech, both needing storage at low temperatures, and $4-$8 for the British-Swedish Oxford-AstraZeneca, which can be stored in a normal refrigerator.

But with several dozen other vaccines undergoing trials around the world, many experts believe the price for jabs could come down eventually.

Meanwhile, Pfizer said it expected to earn $15 billion in sales of its vaccine this year, compared to total overall revenues of $42 billion in 2020. 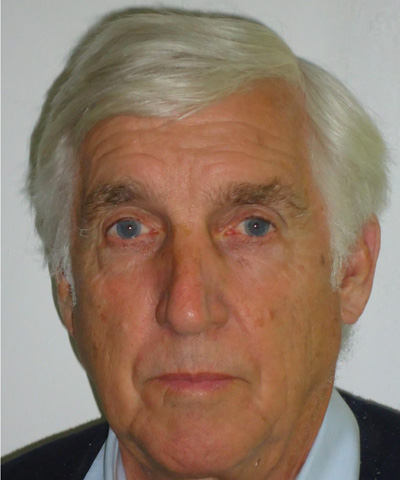