As a survivor of the Asian flu, I remember 1957 vividly. Times have changed since, but there are key similarities between that crisis and the coronavirus. 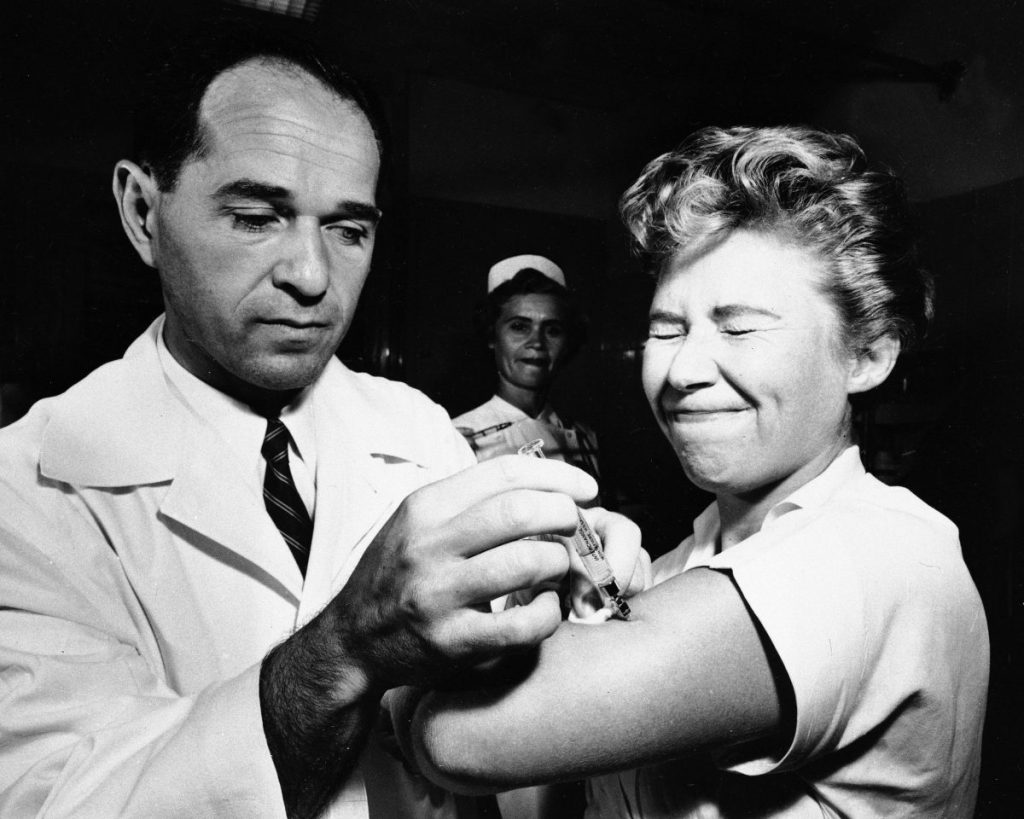 A doctor gives a nurse the first Asian flu vaccine shot to be administered in New York, August 16, 1957. (AP Photo/File)

I survived the Asian flu.

It is worth noting at the outset, given current concerns about the spreading coronavirus, that the overwhelming majority of my fellow sufferers also recovered from the pandemic that swept the world from 1957 and into the following year.

Such was the infection rate, however, that by the time the outbreak had run its course and a vaccine had been developed, between two and four million people around the world had died.

In Britain alone, nine million people caught the bug and 14,000 died of it. At one point, one-in-two schoolchildren in London were off sick. I was one of them.

There are similarities and differences between the two pandemics and the manner in which the public and medical and political establishments responded.

The death rate from COVID-19 might turn out to be somewhat higher than that of the Asian flu. The World Health Organisation predicts the toll in the present outbreak could range from 0.7 to 4%, depending on the quality of health-care systems.

The 1957 virus, which originated in China as a strain of the avian flu, disproportionately targeted young people along with the always more vulnerable elderly and frail.

Although widespread, the pandemic was less severe than the Spanish flu outbreak of 1918, which killed more people than the world war that preceded it.

The late 1950s was a very different world and a very different Britain. World War Two had ended only a dozen years before. The U.K. National Health Service, established to provide free health care to all, had yet to celebrate its 10th anniversary.

Post-war London was a bomb-battered, dingy and already unhealthy place. The Great Smog of 1952, in an era when raw coal was still the primary source of domestic heating, had killed 10,000 Londoners.

People followed the news via their daily paper or the sparse bulletins of the BBC. It was The Times newspaper that first reported in April 1957 that an influenza epidemic had affected thousands in the then-British colony of Hong Kong. As it spread through Asia, a million in India were affected by June. Long before the era of mass tourism, it then rapidly swept around the world.

So, what was the international reaction and how did the world cope with the emergence of a new strain of virus to which the human population had no immunity?

I’m not sure hand sanitiser existed then.

Those of us of a certain age like to imagine we grew up at a time when Keep Calm and Carry On was more than a slogan on a coffee mug or a souvenir tea towel.

In reality, people then — as now — were concerned and even panicked by the approach of the disease and its potential impact. A 2009 brief history of the pandemic in the British Journal of General Practice quotes a contemporary medic’s complaint about “the scare stuff in the lay press”.

Then, as now, the government took steps to mitigate the crisis. Emergency funds were put aside to pay benefits to sick workers. Then, as now, experts advised the authorities to mobilise reserves of health workers and to relieve doctors of the burden of signing sick notes.

But I don’t recall anyone wearing a protective mask, and I’m not sure that hand sanitiser was even available.

The health ministry advised the public, via the radio, not to visit the doctor if they felt the flu coming on but to stay at home and take aspirin. Some hospital wards nevertheless were forced to close as staff fell ill. Up to a third of community doctors caught the bug.

‘Half the teaching staff were victims.’

One symptom among young boys was a profuse nosebleed. That’s what took me eventually by ambulance to the local emegency ward. Exciting! A kindly nurse stuffed my nostrils with bandage and after that I was on the mend.

Schools remained open. A fellow classmate — we were both 11 at the time — recalled this week: “Half the teaching staff were victims and consequently the timetable collapsed. We spent our time in mixed class groups supervised by random teachers. We were told to read and wait for symptoms.”

Apart from the health concerns, there was a fear that the pandemic could damage the fragile post-war recovery. “Setback in Production: Recession through Influenza,” ran a headline in the Manchester Guardian.

The World Bank estimated in 2008 that a future pandemic on the scale of the Asian flu might slash global GDP by around 2%.

The economic effect this time around could be as much the result of an over-reaction to the threat as of the impact of the disease itself.

People are right to be concerned about the coronavirus. But even if you catch the bug, it will almost certainly not kill you. It’s easy to say “don’t panic,” but it remains the best advice.

Keep calm. And wash your hands! 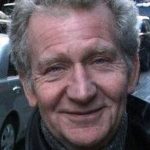 Harvey Morris was a foreign correspondent for Reuters, The Independent and Financial Times. He covered revolutions, wars, politics and diplomacy in the Middle East, Europe, Africa and North and South America in more than 40 years as a journalist. He did on-the-ground reporting of the Iranian, Portuguese, Nicaraguan and Romanian revolutions, three Iraq wars, Argentina’s ‘dirty war’, the 1982 Israeli invasion of Lebanon and two Palestinian intifadas. He has written three books on the Middle East and is co-author, with John Bulloch, of the 1992 “No Friends But the Mountains: The Tragic History of the Kurds.”