It’s one of world’s biggest infrastructure projects ever. Here’s how China plans to rebuild the ancient Silk Road — and how it could reshape the globe.

Flush with cash from its exports of everything from electronics to furniture to Europe, the Middle East and America, China has embarked on one of the world’s most ambitious projects: reconstructing the ancient Silk Road.

Since Beijing launched what it calls “the Belt and Road Initiative” (BRI) in 2013, it has invested more than a hundred billion dollars to start building a vast network of railroads and shipping lanes between China and 65 countries in Asia, North Africa, the Middle East and Eruope.

BRI’s projects include a railroad in Kenya, a port in Sri Lanka and a new city in Malaysia.

Already, 160 countries have signed on to China’s huge infrastructure initiative, which aims to re-create the network of roads, ports and alliances that 14th century explorers such as Marco Polo called the Silk Road.

Huge sums of money to rebuild the Silk Road

When China began doling out huge loans to Malaysia, Kenya, Bangladesh and other low-income countries about seven years ago, it seemed a good way to provide infrastructure to the developing world.

BRI looks to invest huge amounts of money — $1.2-1.3 trillion by 2027, according to Morgan Stanley analysts — to recreate the medieval Silk Road, linking China by road, rail and sea to markets in Europe, Africa, Asia and Latin America.

In 2010 on a visit to central Afghanistan, I visited two of the forts of the Silk Road, large structures the size of a football pitch. In the past, caravans of traders would secure themselves behind locked gates for the night and carry on in the morning towards Africa or China.

Typical of how BRI aims to help poor neighbors is the aid it has given to Pakistan. First the Chinese built a port in Pakistan on the Indian Ocean. Then it improved the road from the port north to the Himalaya Mountains. The initiative calls for trucks bearing traded goods between China and Pakistan to pass each other on the road after a difficult series of mountain passes.

Some see BRI as China’s deep-pockets version of the Marshall Plan, which provided $15 billion ($130 billion in today’s dollars) in U.S. aid to rebuild Europe and resist communism after World War Two. Others, more critical, say China is using the projects to expand its economic, political and perhaps even military influence.

Chinese President Xi Jinping has said the aim of BRI is to create a world market headed by China and displace U.S.-Europe leadership of the global economy.

The BRI is “of huge strategic significance” said Jonathan Hillman, an Asia director at the Center for Strategic and International Studies in Washington. It is “perhaps the most ambitious geo-economic vision in recent history, perhaps all of history” and aims at “putting China at the center of the world economy,” Hillman said.

“The Chinese effort to the Belt and Road activities are about using government power to achieve national security objectives,” Pompeo said in May.

India, too, has been critical. BRI is investing in India’s neighbors Pakistan and Bangladesh, which New Delhi fears is an effort to encircle and isolate China’s neighbor to the south.

While financial aid extended by the United States, World Bank and other Western countries is largely in the form of grants that do not have to be repaid, China’s loans are made by Chinese Banks and must be repaid to Chinese banks.

Now that seven years have passed since the spigots opened in Beijing, some projects are running into an economic wall. Poor countries that accepted loans are now carrying debt they may not be able to repay in full, even over decades. Some borrowing countries have found it impossible to repay on time.

Sri Lanka is one of the first of the borrower countries to default on a huge loan China extended to build a port south of the capital Colombo, at Hambantota. Ships sailing from China to the Middle East, the Suez Canal and Western Europe pass near Sri Lanka.

Sri Lanka was unable to earn enough from the little-used port to pay back the loan and was forced to lease the port for 97 years to China. Some worry that Hambantota could become a Chinese naval facility, and the dispute over the project has roiled Sri Lankan politics.

Still, at a recent conference in Beijing, dozens of developing country leaders hailed the BRI despite worries about financing loans, according to China’s XinHua state news agency.

Kenya’s leader spoke favorably about a Chinese BRI loan that underwrote the construction of a railroad from Mombasa on the Red Sea to Nairobi. But instead of hiring – and training – thousands of Kenyans to build the railroad, the Chinese bankers hired Chinese firms. Now Kenya owes more than it can pay back.

Then Malaysian Prime Minister Mahathir Mohamad said BRI can bring the landlocked countries in Central Asia closer to the sea. “I fully support the Belt and Road Initiative,” Mahathir said. “I am sure my country, Malaysia, will benefit from the projects.”

Pakistan has accepted tens of billions of dollars to construct the port at Gwadar that was intended to be a terminus for goods flowing from China to Europe and beyond. Pakistani officials downplayed worries that ethnic and religious tensions in Baluchistan and in tribal areas near Afghanistan would make it unsafe for China to build, operate and protect the link in China’s BRI.

India’s press reported that Beijing had signed more than 190 BRI cooperation documents with more than 160 countries and international organizations.

Indian and Chinese soldiers in recent days have come to blows over their disputed border in the Ladakh region of Kashmir — which lies on the route of the old Silk Road linking Tibet and Kashmir. 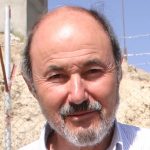