COVID-19: An acute threat for Africa’s most vulnerable

Social distancing is the world’s way of fighting COVID-19. But in Africa, sprawling slums and teeming refugee camps pose a unique challenge. 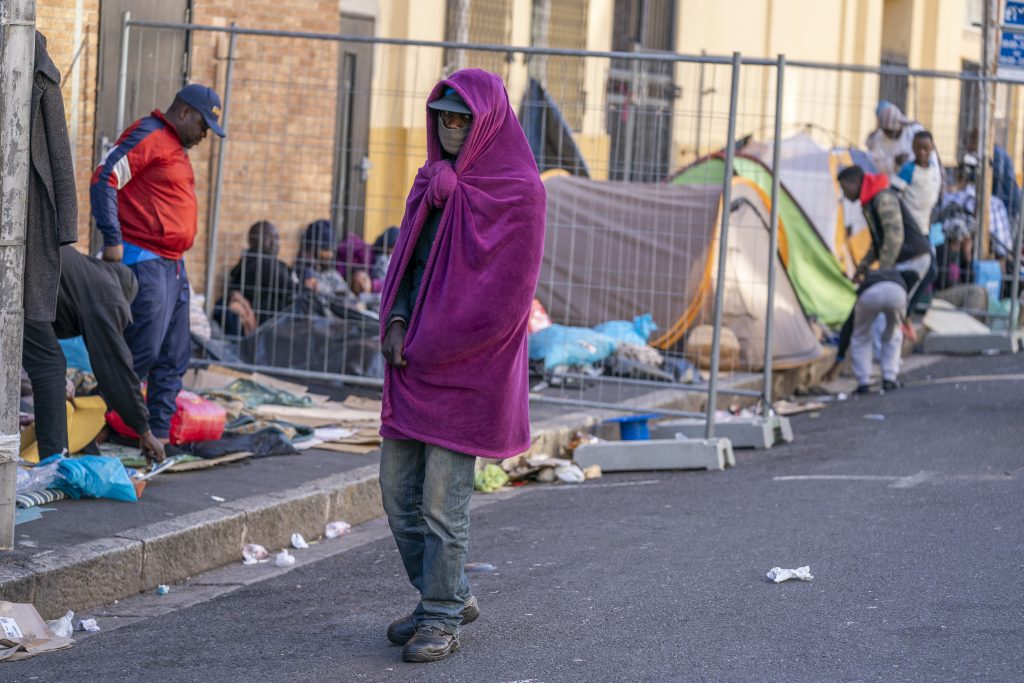 Foreign refugees on a sidewalk on the first day of a 21-day lockdown in Cape Town, South Africa, 27 March 2020.(EPA-EFE/NIC BOTHMA)

As COVID-19 begins to spread across Africa, many countries are woefully ill prepared to protect vulnerable populations crammed together in urban slums and massive refugee camps.

More than 200 million Africans live in densely populated slums lacking formal infrastructure and sanitation. Another 25 million are refugees, asylum-seekers, stateless or economic migrants, according to the Migration Data Portal. In each of these environments, health services are overstretched or simply inaccessible.

“Many refugees live in host countries with some of the weakest health systems in the world,” Ann Burton, head of the United Nations Refugee Agency’s public health section, said in a recent interview. “An outbreak would put extraordinary strain on fragile local health-care services and likely result in avoidable suffering and death.”

The measures taken by African countries will determine how badly the continent is affected. Many of the measures implemented elsewhere to slow the spread of COVID-19 may be more challenging to enforce in slums or camps, or may compromise other imperatives such as distributing basic necessities.

“The ability of these communities to practice social distancing is near impossible,” concluded a report by Wendy Williams, an associate research fellow at the Africa Center for Strategic Studies. “If the coronavirus were to get into any of these communities, the spread would be rapid and devastating.”

Food distribution will be affected.

In Makoko, a slum in Lagos, Nigeria, schools have been closed, but people are not necessarily self-isolating. Children have been out playing with each other in the streets rather than staying home.

“Social distancing can’t work here,” said Emmanuel Agunze, founder of Makoko Dream School. Agunze is distributing hand sanitizer, but there are between 100,000 and 200,000 residents in Makoko, too many for him to accommodate.

Agunze is worried about how the pandemic will affect government efforts to get food to poor residents. “There is fear that the food sent out by the Lagos State Government will not get to Makoko,” he said.

In Nairobi, Kenya, where the government response has been slow and inconsistent, residents are expecting the worst. The roughly 500,000 residents of Kibera, Nairobi’s largest slum, survive on daily labor wages.

“The possible lockdown will really affect Kibera residents,” said Joshua Ogure, a journalist with the Kibera News Network. “If someone cannot go out to get something to eat, survival will be very difficult.”

Could aid workers bring the virus with them?

Nigeria, Africa’s most populous country, has closed “internally displaced person” (IDP) camps in the north for the next month in an effort to stem the flow of refugees fleeing conflict in neighboring Republic of Chad and Cameroon.

“At our own level, we are positioning ourselves to see how best we can stop (COVID-19) from transmitting in the state,” Hajiya Yabawa Kolo, chairperson of the Borno State Emergency Management Agency, told a press conference. The agency is training camp managers how to show IDPs to adopt preventative health measures. To discourage overcrowding, they distribute food house-to-house rather than via mass distribution in IDP camps.

In Sudan, there are nearly three million refugees and IDPs. A country director from a large international NGO, who asked to remain unnamed, explained that it is nearly impossible to continue serving people with the social distancing restrictions now in place, including a law prohibiting groups larger than 10 people from gathering.

One group of camps in Darfur hosts some 137,000 residents and is now served by a small number of staff who have remained to distribute monthly rations. In normal times, the wide-scale distribution of food requires significantly more support.

The World Bank has committed $12 billion.

“There are concerns regarding the humanitarian mantra of ‘do no harm,’ too,” the unnamed NGO country director said. “When international workers are flying in from around the world and one unknowingly brings the virus, it could infect an entire camp. Then suddenly we are inflicting more harm than good. But where do we draw the line? People still need to be served.”

Fortunately, the lag in the spread of COVID-19 to Africa has allowed many countries to respond early.

In Rwanda, the country went into a strict, country-wide lockdown after only a dozen cases were confirmed. Uganda closed schools before the first case was even reported.

The World Bank has moved rapidly by committing $12 billion to strengthen health systems in affected countries. Its goal is to increase supplies of testing kits, medical oxygen, protective equipment and training.

The WHO now needs to identify what is needed in each country and begin disseminating resources. 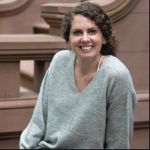 Tara Heidger is a freelance journalist based in New York City. She recently graduated from Columbia University with a dual Master of Science in Urban Planning and International Affairs. She is currently a Dalla Lana journalism fellow at the University of Toronto.