Here are the winners of our storytelling contest 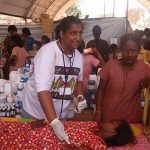 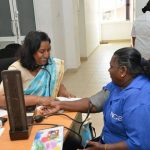 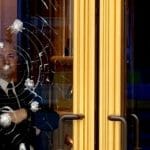 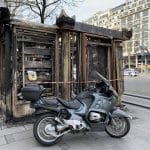 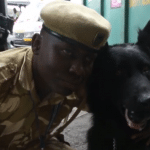 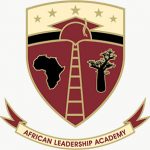 How do yellow vest protesters both divide and unite France? What are the costs of barring skilled immigrants from working in the United States?

Students Claire Wang and Christine wrestled with those questions and have won top honors in News-Decoder’s sixth Storytelling Contest.

A three-person jury chose their stories from among 21 submissions to the twice-yearly competition open to students at News-Decoder’s 16 partner institutions.

Students offered fresh perspectives on a range of global challenges, from women’s rights and climate change to education and identity.

“Young people across the globe have much to say on the toughest issues that impact their brothers and sisters everywhere,” said juror Tom Ostenson, a best-selling author and News-Decoder advisor.

“Kudos to the winners and to all students who were brave enough to put their opinions out there for the world to see.”

Named in honor of the late Arch Roberts Jr, the storytelling contest offers up to $1,000 in prizes thanks to an anonymous donor.

Wang, who is studying abroad at SYA France for her third-year of high school, reported on the yellow vest protests that have rocked France for the past year.

She spoke with demonstrators, members of different political parties and local shop owners whose businesses risk being vandalized during the weekly protests.

Fernando, who is in her final year at Indiana University, shared first prize with Wang.

Fernando wrote on the obstacles that highly-educated immigrants face working in the United States and the effects of this “brain waste” on immigrants and the U.S. economy.

“It’s great to see young people expressing themselves,” said juror Maggie Fox, a News-Decoder correspondent with a long career reporting on health and science. “It’s even greater to see them doing it well.”

‘Engaging with the world’

Said Giuliana Nicolucci-Altman, a former News-Decoder Student Ambassador: “It was inspiring to see students engage thoughtfully with the world around them.”

The jurors awarded honorable mention to Lily Annenberg of the Thacher School and to the African Leadership Academy.

Annenberg produced a video on how Kenya is fighting illegal poaching of ivory using sniffer dogs. The jury cited the professional quality and careful organization of Annenberg’s project.

The African Leadership Academy was commended for the overall quality of its students’ submissions, which made up one third of the entries to the contest. ALA students also won this month’s “Decoder in the Spotlight” for their outstanding contributions to News-Decoder’s global community.

Savannah Jenkins was News-Decoder’s Communications Manager. A dual American-British citizen, she completed a double major in International and Comparative Politics, History, Law and Society at the American University of Paris. She initially joined News-Decoder in 2018 and has experience working for non-profit and for-profit organizations. Jenkins recently completed a stint volunteering in Greece, where she provided emergency relief to refugees.