News Decoder is part of the French non-profit Nouvelles-Découvertes, which is governed by an eight-person board of trustees. 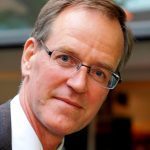 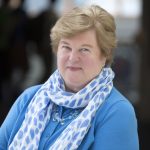 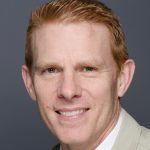 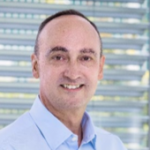 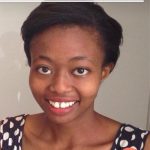 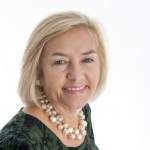 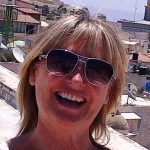 Nelson Graves is the founder and president of News Decoder and an experienced educator and administrator who has taught and worked on three continents. He was a correspondent, bureau chief and regional managing editor at Reuters, holding posts in Washington, Paris, New Delhi, Kuala Lumpur, Milan and Tokyo. He later served as admissions director at Johns Hopkins University’s graduate program in international relations in Europe, and has worked with schools around the world.

Janet Hartwell was Head of School at Greens Farms Academy between 2003 and 2018. Formerly the Assistant Head of School at Groton, she has a B.A. from the University of Leeds, a post-graduate Diploma in Education from Moray House, Edinburgh, and an M.A. from Teachers College, Columbia University. Janet spent many years living and teaching in the Middle East, in Iran and Saudi Arabia, which fueled her interest in helping all students to develop a global perspective. Janet is a Past- President of the Connecticut Association of Independent Schools (CAIS).

Christian Henry is an executive recruiter within the education and non-profit practice at Conley Search. He co-founded the high school study-abroad program The Island School as a science teacher before serving in business officer and fundraising roles. He has previously consulted on marketing strategies to engage public and independent schools with enrichment programming. He is on the board of several non-profit educational organizations including the Centre for Ocean Research and Education, Beacon Hill Seminars and a Cambridge, Massachusetts public elementary school.

Alan Main is a Purpose-driven leader recognized for creating strong, performance-driven cultures and diverse leadership teams. Alan has gained senior-level experience at companies like Roche, Bayer and Sanofi, including several years running multi-billion $ enterprises. Alan is passionate about helping leaders develop and build successful businesses and is active in the non-profit sector in leadership development and supporting entrepreneurship, particularly for the African continent.

Aralynn A. McMane has worked around the world in the interests of young people, journalism and media literacy. With the World Association of Newspapers and News Publishers, she introduced publisher-educator partnerships in more than 20 countries. In the United States and France, she has been both a journalism practitioner and educator. She serves as a media literacy adviser to UNESCO.

Sue Phillips has spent more than three decades in senior leadership posts in media and public affairs. At the Canadian Broadcasting Corporation, she held senior production roles in London, Moscow, Rome and Washington before serving as CBC’s London Bureau Chief. At Al Jazeera, she worked as London Bureau Chief and then as Director of Foreign Bureaux. She has held senior leadership positions at News World International, the Doha Film Institute and the new National Museum of Qatar. In Kazakhstan, she produced the first Eurasia Media Forum, which celebrated its 19th anniversary in 2019. An active philanthropist and conservationist, Sue is a Patron of the Borneo Nature Foundation and a founding Director and Trustee of the Frontline Club in London.

Jo Weir directs media development projects and training globally for DMA Media, Europe’s largest independent media training company. During a 25-year career in media development, Jo, who is Canadian, has managed training programs in more than 85 countries and worked with local journalists to set up news platforms in Egypt, Iraq and Zimbabwe. Between 1989 and 2014 she worked with the Reuters Foundation and its successor, the Thomson Reuters Foundation.

News Decoder is advised by a committee of experts in media, education, finance and not-for-profit strategy. 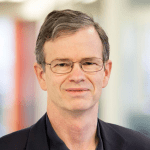 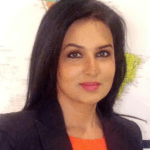 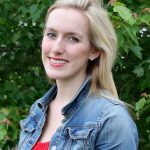 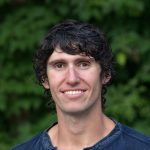 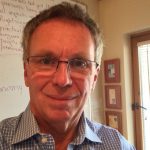 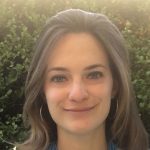 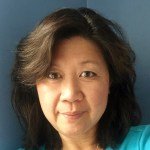 Tim Agnew has more than 30 years of experience in commercial finance and economic development. He is a principal of Masthead Venture Partners, a Cambridge, Massachusetts venture capital firm, and serves on the boards of the Maine Venture Fund and CEI Community Ventures. Before joining Masthead, he was chief executive officer of the Finance Authority of Maine.

Jui Chakravorty is founder and managing editor of b-yond.tv, a digital video startup that offers glimpses of cultures from around the world by training and working with aspiring journalists on the ground. An award-winning journalist with nine years experience at Reuters and two in television news, she has covered the Israeli-Palestinian conflict out of the Gaza Strip, the U.S. auto industry and Arab America out of Detroit, and mergers and acquisitions out of New York.

Catherine Cheney is the West Coast correspondent for Devex, focusing on technology and innovation. She has worked for POLITICO and World Politics Review, and helped launch NationSwell. She has reported from Venezuela, Haiti, Mexico, Peru, Tanzania, Qatar and Sri Lanka, freelanced for outlets including the Atlantic and the Washington Post, and worked as a reporting fellow in Berlin. She works with the Newseum and the Solutions Journalism Network.

Ben Goldfarb is a correspondent for High Country News, an award-winning magazine that covers natural resources in the western United States. His writing has also appeared in Scientific American, The Guardian, OnEarth Magazine and Earth Island Journal, and his work has been supported by the Solutions Journalism Network, the Institute for Journalism & Natural Resources and the Yale Climate and Energy Institute. His stories frequently involve wildlife management, sustainable fisheries and public land politics.

Tom Osenton is a best-selling author and leading growth strategist for nonprofits. Tom spent more than 25 years in senior management positions at CapCities/ABC and Billboard, and served as president, CEO and publisher of The Sporting News Publishing Co. He has worked on three Olympic Games and written three best-selling business books, including “The Death of Demand,” which introduced a groundbreaking economic theory based on analysis of more than 50 years of data from S&P 500 companies.

Charlotte Parker works at Acumen, a non-profit venture fund working to change how the world tackles poverty by investing in companies, leaders and ideas. Before moving to San Francisco, she served as a fourth-grade teacher through Teach for America in South Texas and helped launch the NationSwell Council, a membership network and events series for service-minded leaders, in New York City. She has worked as a freelance reporter in South America.

.
About Us Trustees and Advisors