I joined protests against police brutality in my home country of Nigeria and saw them almost become a war, then a rude awakening for youth. 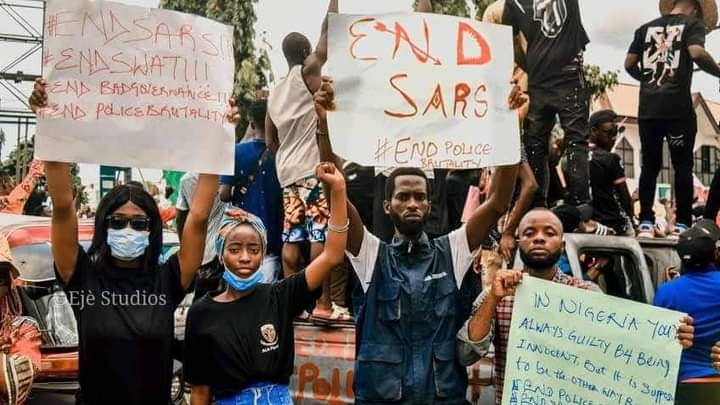 The sky was dark blue and grey that evening when I put on my sports outfit and stepped out to jog, just before it started to drizzle.

I felt the first drop of rain on my forehead and inhaled the fragrant air as raindrops hit the dry sand. I was about to plug my airpods into my ears when I saw three of my male running mates speed past me.

I ran back and asked them what was going on. They said the Special Anti-Robbery Squad (SARS), a police force unit, was on their way to our off-campus student residence. We ran back into the building, and the boys who were with me shouted: “SARS! Dey come! SARS, dey our area o.”

Everyone stopped playing their music. Generators and home theaters were turned off. The four-storey building fell quiet as we ran into our rooms and locked the doors.

My brother Joezy, who lived next door to me, was in the restroom. The police walked through the building to find many doors locked. Joezy was unlucky — his door was open.

Police brutality in my dorm in Nigeria

The police stomped into his room and looked around with grins on their faces. “You be yahoo boy now,” one exclaimed. “See as your room fine, you even get TV.”

“No,” Joezy replied. “I am a Law Student of Abia State University.”

My heart started beating faster.  I wanted to unlock my door and go to his room, but my roommate held me back. Tears started streaming down my face. I was scared they were going to hurt him.

They shouted and kicked him. As they carried him to their van, the sound of his voice pleading and their threats sent goosebumps over my body, the kind you get when you hear fingernails scraping against a chalkboard. I felt helpless. I sat crouched on the floor, my eyes fixed on the wall clock as I pressed my ears against the door, listening for any sound. I silently prayed to God to spare Joezy’s life.

After about 10 minutes, Joezy returned. I hugged him tight and did not want to let go. He calmed me down and told me that everything was fine. We followed him into his room, and he told us what had happened at the van. The police extorted a large amount of money from him before they let him go.

I listened with tears of bitterness in my eyes. I thought of how he was spared only because he could pay them and how some youths, with dreams and goals, who had nothing to do with fraud, were killed and their bodies dumped somewhere by the SARS force. 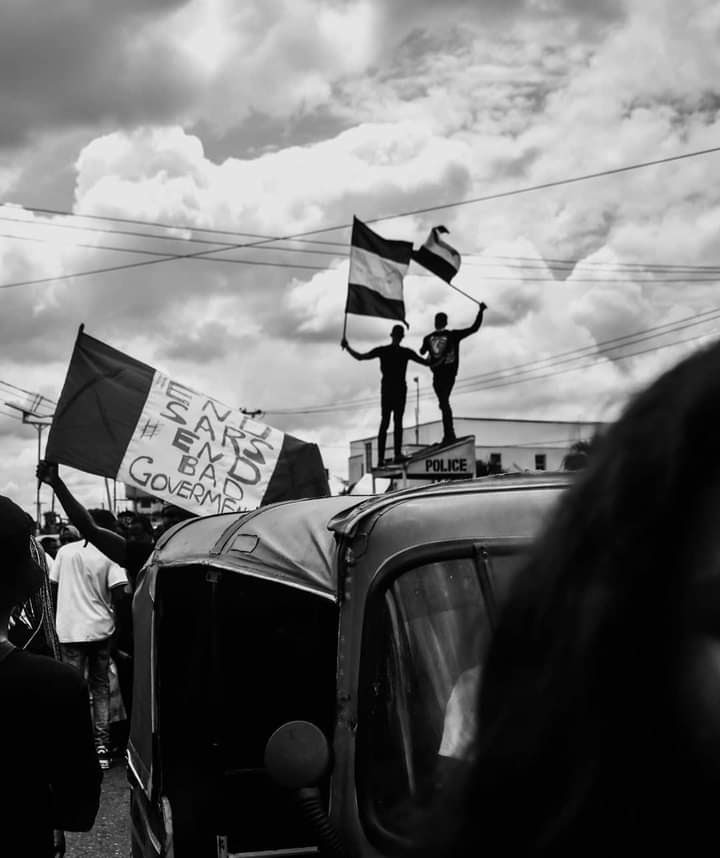 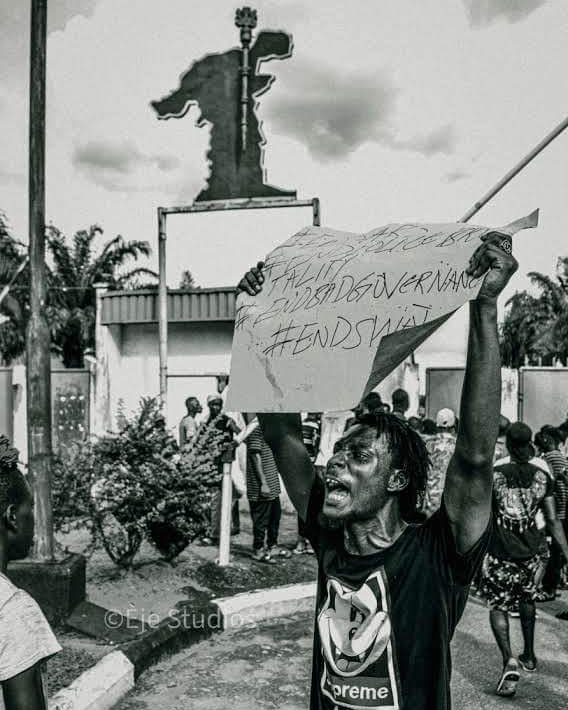 The frightful incident at our student residence awakened me to a reality that was unfolding in my home country of Nigeria. Angry citizens, tired of being mistreated in their own country, were filling the streets of cities to protest against police brutality perpetrated by SARS units.

At first, I did not attend the protests. I remember checking my WhatsApp one Saturday morning after family devotion. I saw messages from people saying, “Hope you are safe,” and “Stay safe.” On the radio in the background, I heard the newscaster keep mentioning “EndSARS.”

I saw a message from Josh, a friend in Ghana, who asked, “How are things in Nigeria?” I paused and realized I did not have an answer to the question. So I replied, “As you see on the news” — even though mainstream media were not airing the full story. I was not ready to send a lengthy reply.

I joined Twitter in 2018, but I have been more active on Facebook and Instagram. But when I started seeing screenshots of people’s tweets on almost everyone’s WhatsApp status, I decided to check it out myself.

For the next few days, I retweeted lots of tweets by people who told stories of how they were brutalized by the police. If you are a youth in Nigeria, you should have experienced it, or at least you should know someone who has. What started with a few people telling their stories became the number one hashtag in the world — #EndSARS — and any celebrity who did not tweet about this was called out. Rihanna, Hillary Clinton and even Tyler Perry all tweeted about what was going on in Nigeria.

What began as a peaceful protest was turning into a war.

So a year after the SARS team entered our dorm, I screwed up my courage and joined a protest, carrying a placard saying, “EndPoliceBrutalityinNigeria” and “‘StopKillingTheFutureOfYourNation.”

The first day of protest was peaceful. More than 2,000 demonstrators turned out in my city, and there were protests across Nigeria.

I went to the protest on the second day, but it was not peaceful, so I went home. After I left, I learned that police fired tear gas at the protesters, and that three people were allegedly shot. I saw the video and could not believe that the government could turn against us when we were just asking to live.

The problem with street demonstrations in Nigeria is that when peaceful protesters come out, thugs and robbers also appear. On the fringes of the EndSARS protests, malls, supermarkets and government warehouses were looted and burned down. In other parts of the country, a tribal war was brewing, as hoodlums from the East burnt down mosques and businesses belonging to members of the Hausa tribe. Hausas responded by going house to house and killing Igbos, who live in the North.

What began as a peaceful protest was slowly turning into a war. On the night of October 20, as peaceful protestors gathered in Lagos, the government shut off security cameras and street lights. Military forces surrounded the demonstrators and opened fire. Protesters, holding hands and singing the national anthem, fell dead.

It has been a painful youth awakening.

I did not want to die at age 17, so I prayed for a miracle. Things kept escalating as militants and terrorist groups who had been in hiding for years resurfaced. Then the President decided to address the nation on October 22. There! That was my miracle.

I sat down that night like many other Nigerians in front of the TV, anticipating an apology or a word of hope. In 12 minutes, he managed to suck the hope out of Nigerians and make us feel like squatters in our own country.

So much so that an hour after his speech, #InternationalPassport and #LastPersontoLeaveNigeriaShouldOffTheLight became the new hashtag trends.

It is Saturday, October 24, and many Nigerians are feeling hopeless. There is no war, but a revolution is brewing in our souls. Youths have realized that somehow, Nigeria is not worth saving and have withdrawn from the protest. Thugs continue to break into government warehouses, and life is slowly going back to the usual.

What was a peaceful protest almost became a war. It has now become a painful awakening.

(For another story on the EndSARS protests in Nigeria, click here.) 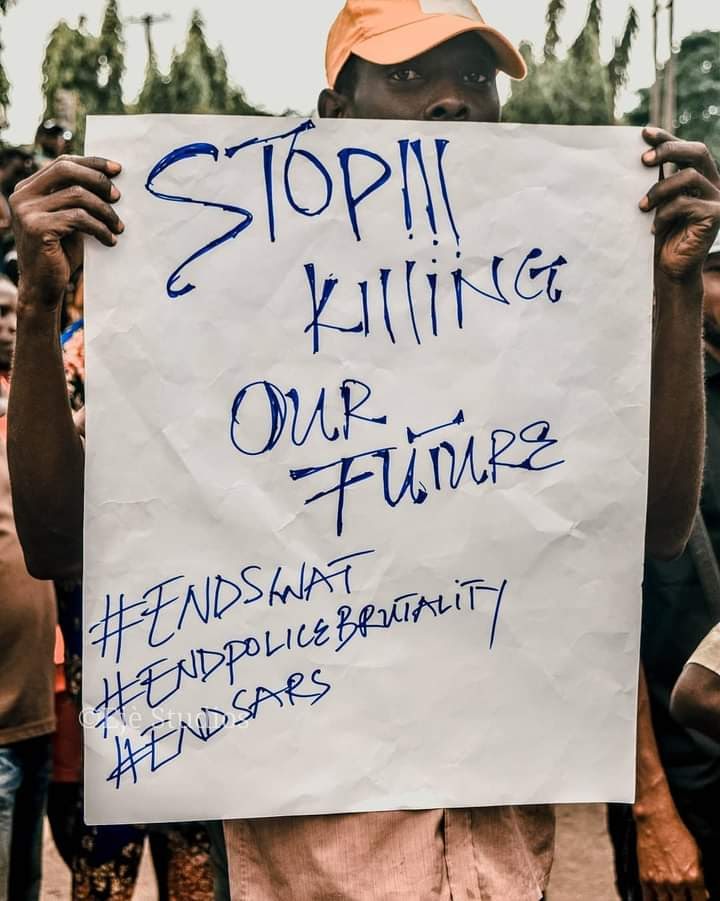 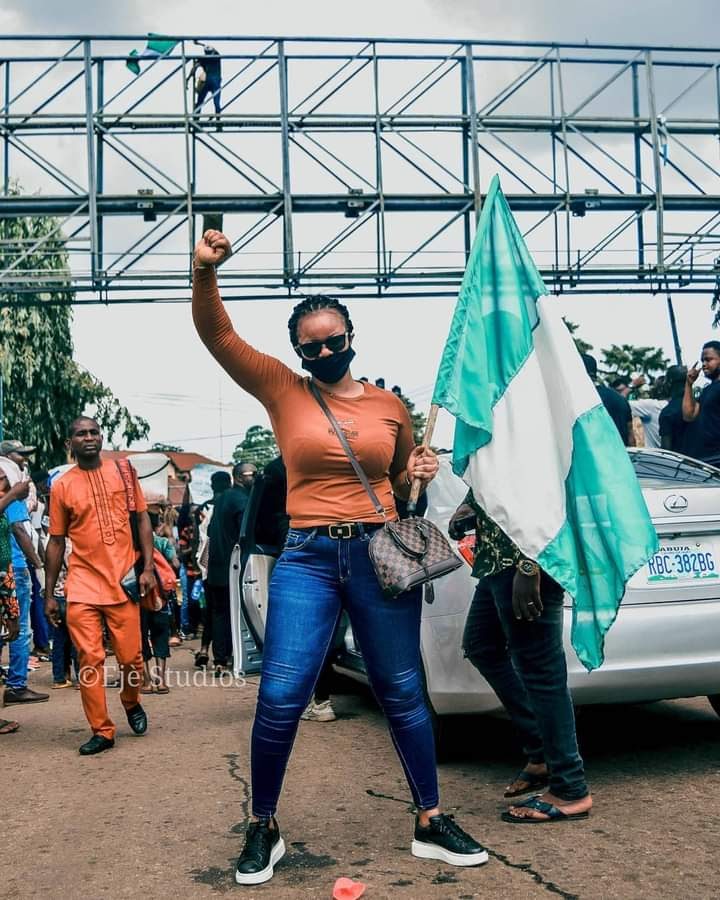 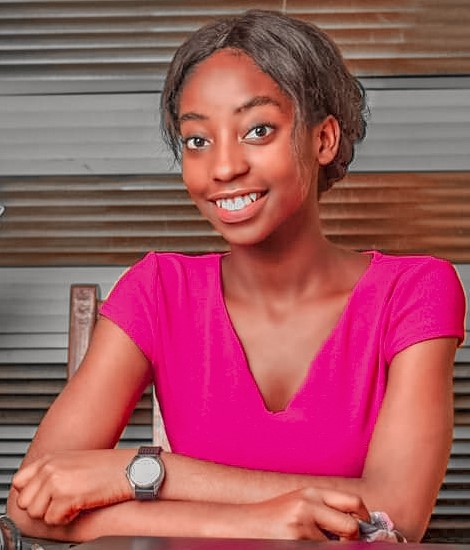 Joy Chinaza is a first-year student at the African Leadership Academy from Nigeria. She is a content creator, freelance photographer, First Teenage Governor of Abia State, Nigeria, and the current National Public Speaking Champion after emerging as the Best Public Speaker at the All Nigerian Universities Debating Championship (ANUDC ’19).