France and U.S. have tackled COVID-19 differently. I know.

COVID-19 has hit France and the U.S. to a similar extent. But their approaches to tackling the pandemic have been radically different — as I’ve seen. 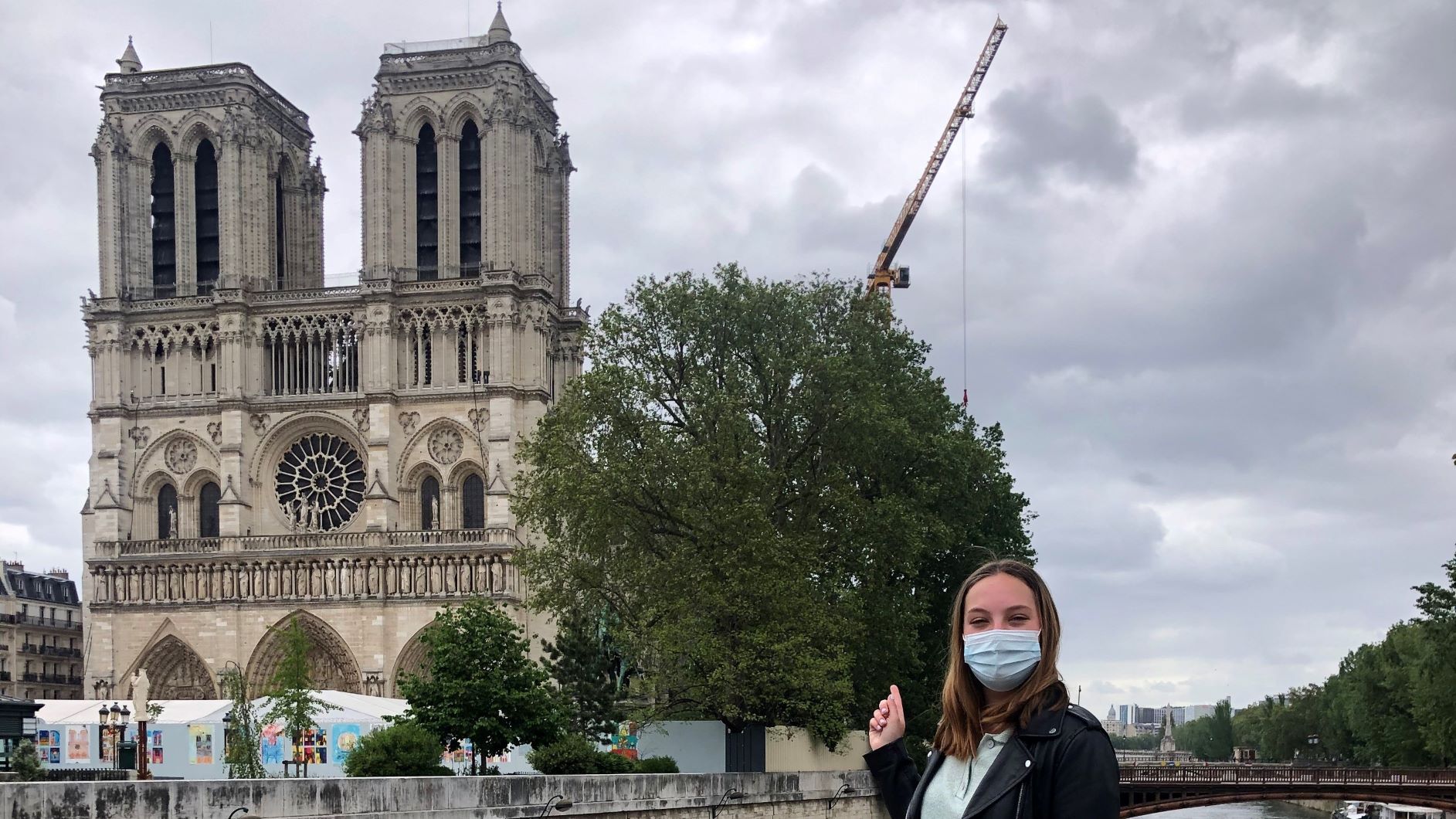 Elisabeth Wachtel in front of the Notre-Dame de Paris Cathedral

In January, I moved from the United States to France amid the coronavirus pandemic that has deeply affected both countries.

The disease has taken a similar toll in both countries. As I write this, some 10% of Americans have contracted COVID-19, compared to 9% of the French. In both the United States and France, about 0.2% of the population has died from the disease.

Yet, each country has taken a different approach to confronting the pandemic, reflecting contrasting politics, healthcare and culture.

After an initial lockdown in my home city of New York in early 2020, I was able to dine outdoors, visit museums and shop in person. But my high school graduation was virtual, and I started my university studies at Georgetown University online. It made for a confusing work-life balance.

In Paris, there has been an overnight curfew starting in the early evening, restaurants are shut and non-essential businesses are now closed. But I attend classes in person at the American University in Paris, can meet my classmates and have a much better overall mental state and routine.

France has kept schools open, unlike most of U.S.

Although both countries suffered a surge of COVID-19 cases in the last half of 2020, France has kept most schools open while the United States has not.

“Europe made the right choice” regarding school openings, said Jeffrey Levi, a professor of Health Management & Policy at George Washington University. “We have more than enough data that the risk of transmission in schools is lower than in adult workplaces.”

According to the U.S. Centers for Disease Control and Prevention, in-person learning in schools has not been associated with substantial community transmission. “Some studies have found that it is possible for communities to reduce incidence of COVID-19 while keeping schools open for in-person instruction,” the CDC said in a recent report.

School closures affect not only the academic performance and mental health of students, but they can punish parents and family earnings.

Both countries have also taken different approaches to testing for COVID-19, which Levi called “incredibly important for monitoring the pandemic.”

The U.S. testing rate, at 1.38 tests per person, is 14% higher than in France, where each citizen on average has had 1.22 tests. In New York, there is an emphasis on getting tested regularly, whether or not one has symptoms. In France, you must have a reason for a test. A few weeks ago, I was a “contact case of a contact case” but was denied a test at five pharmacies since I was not showing any symptoms.

Still, many Americans cannot afford to get tested. The average cost of a COVID-19 test in the United States is $127, according to the Kaiser Family Foundation. The cost is beyond the means of many people, meaning wealthy Americans are receiving a disproportionate share of tests.

In France, thanks to the nation’s universal health care system, COVID-19 testing is free for everyone.

Another difference relates to masks, which according to the Lancet journal can reduce the rate of transmission by more than 80%.

In France, people are required to wear a mask in public and run the risk of a fine for failing to do so in an indoors public setting. In the United States, 25 states have no mask mandate for any indoor public setting. Only in February did the federal government require masks on the U.S. transportation network.

U.S. vaccination rollout is ahead of France’s.

Because the United States is a federal system, the central government cannot implement a national mask mandate, which Levi said gives states leeway to tailor policy and restrictions to local needs.

“There were times when different parts of the country were facing a more difficult situation and required more stringent rules,” Levi said. “One rule would either be too weak or too strong.”

While France has experimented with some local restrictions, in general measures have been at the national scale.

However, France does not have full control over its vaccine rollout since the European Union controls the procurement and distribution of vaccines.

Fortunately, France is speeding up vaccinations, and next month every adult will be eligible for a COVID-19 shot.

By then, I’ll be back in the United States to resume my studies, and every student at my university will have been vaccinated.

Elisabeth Wachtel is an undergraduate student at Georgetown University’s School of Foreign Service who served as a News Decoder intern in 2021. In high school, Elisabeth spent a year abroad in Rennes, France, with the School Year Abroad program. She spent a semester studying at the American University of Paris during the coronavirus pandemic.

Share This
WorldAmericasFrance and U.S. have tackled COVID-19 differently. I know.