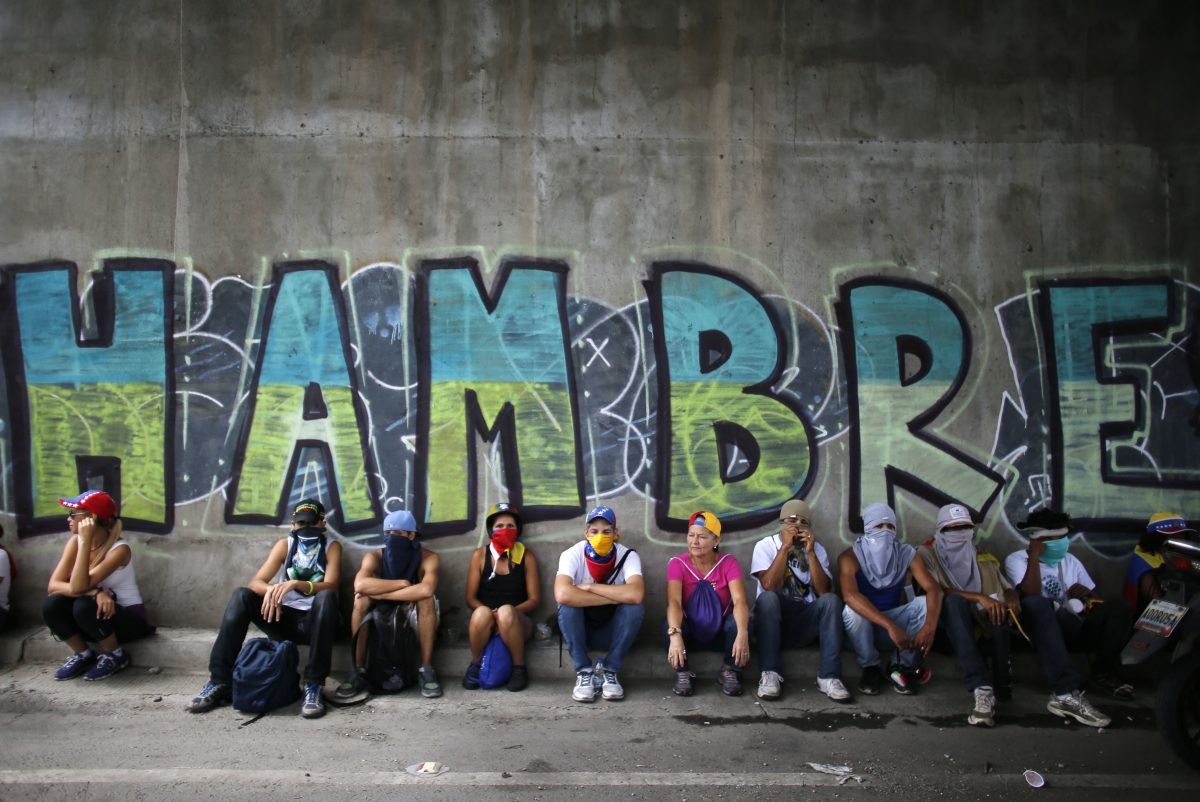 Most countries including the United States are failing to fight corruption. And corruption is contributing to a crisis of democracy around the world.

Case in point is the United States, which slid four points in the rankings – a “dramatic” decline in the report’s words – to drop out of the 20 least corrupt countries for the first time in seven years.

“The low score comes at a time when the United States is experiencing threats to its system of checks and balances as well as an erosion of ethical norms at the highest levels of power,” the report said.

It cited growing nativist populist sentiment in the United States, a rise in hate crimes, political polarization and the longest government shutdown in U.S. history. “All of these factors combined only exacerbate the loss of public trust in America’s foundational institutions,” it said.

Since 2012, most countries have made little or no progress in combating corruption. Only 20 have significantly improved, according to Transparency International, while 16 have weakened badly.

Denmark and New Zealand were perceived to be the least corrupt, although both countries’ scores have weakened since 2015. At the bottom of the table were Somalia, Syria and South Sudan. Estonia, Cote d’Ivoire, Senegal and Guyana improved their scores in the past year.

Corruption is more than dishonest public servants and business people illegally pocketing money and goods. In a vicious circle, corruption undermines democratic institutions and human rights, and then weak institutions are less able to control corruption.

The problems do not stop with the United States.

“The key finding is that, unfortunately, many countries continue to fail to significantly control corruption,” said Transparency International spokesperson Ferenc Gaál. “This contributes to a crisis in democracies around the world.”

The watchdog singled out both Hungary and Turkey, whose scores have weakened considerably over the past five years. “These ratings reflect the deterioration of rule of law and democratic institutions, as well as a rapidly shrinking space for civil society and independent media, in those countries,” it said.

Just how does corruption undermine democracy and basic human rights?

Public corruption refers to dishonest or illegal behavior by individuals who serve in public office. It encompasses a wide range of behavior, including bribery, diversion of public funds to private hands, nepotism and state capture – where governments serve the interests of small groups rather than the public at large.

While Transparency International does not measure actual corruption in the 180 countries it ranks, it does measure perceptions of public corruption. It draws on 13 data sources from 12 independent institutions that specialize in governance and business climate analysis, and is informed by interviews with experts and business executives from around the world.

Perceptions of corruption absolutely do matter.

Bryson Hull, a senior manager at Synoptos, a U.S.-based media monitoring and intelligence company, said perceptions of corruption affect businesses’ decisions about where to invest and carry on activities.

And there is a link between corruption and the health of democracies, Gaál said.

“Where corruption seeps into the democratic system – particularly at higher levels of power – democratic institutions suffer as corrupt leaders actively work to protect themselves from prosecution and use their power for private gain,” Gaál said.

Lebanon is a prime example of a country that has suffered democratic decline on account of corruption, according to Lama Fakih, deputy director of the Middle East and North Africa division of Human Rights Watch.

“If we take the example of Lebanon’s most recent parliamentary election in 2018, fewer than 50 percent of those eligible to vote participated,” she said. “People said, ‘It doesn’t matter who we vote for, the system is corrupt.’”

Anti-corruption laws are not enough.

Corruption undermines citizens’ access to basic services and interferes with their human rights. “For example, when public funds that should have gone to primary education don’t find their way there, that affects basic rights,” Fakih said.

Similarly, if a country is failing to provide clean water or ensure a clean environment because public funds have gone elsewhere, that impacts individuals’ right to health.

Countries can take steps to prevent or limit corruption. For starters, they must have laws prohibiting corrupt conduct such as bribery or theft, or conflicts of interest legislation that governs how and when public officeholders can do business with interested parties.

But laws alone are not enough. Accountability is critical, Fakih said.

“In Lebanon, there are laws that clearly ban corruption. But we haven’t seen prosecutions of individuals for corruption. When citizens can see that persons are held accountable for stealing or mismanaging funds, then that improves trust in the political process and in the government.”

Hull agreed that it comes down to strong enforcement.

“In countries where there’s a real corruption problem, there’s no penalty for it. You might get arrested, but you’re not going to go to jail. You need to bust people.”

Lauren Heuser is the managing editor and strategy officer of News-Decoder. She previously worked as a deputy editor and columnist for the National Post, a national Canadian newspaper. Heuser has a master of business administration from INSEAD and a law degree from the University of Toronto.