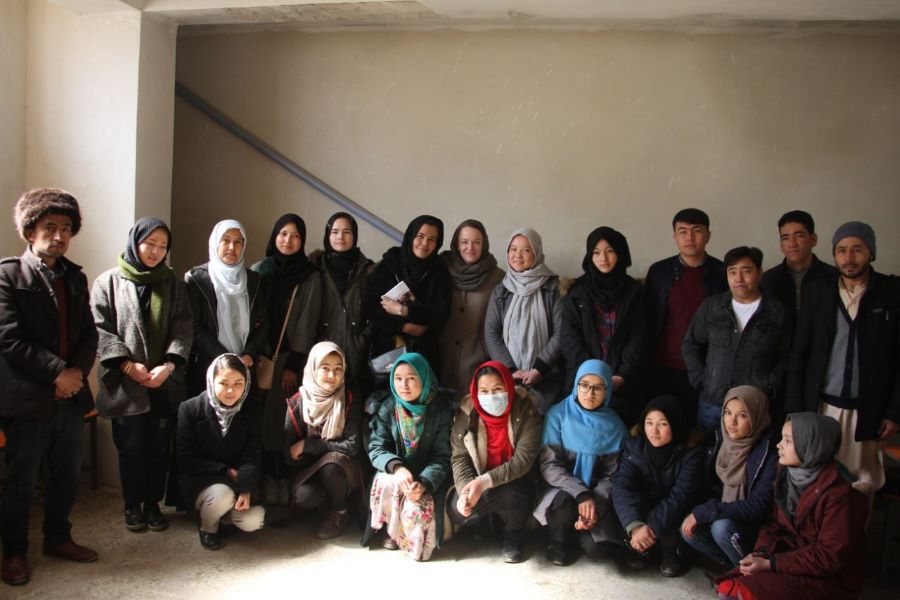 The Taliban have barred girls from schools in Afghanistan. So some of them gather secretly in homes in Kabul, drawn together by a former teacher. Hassan Adib leads a discussion of “Memories of a translator” by Mohhamad Qazi in Kabul, April 2022. (Photo by...

The Taliban’s takeover of Afghanistan means millions of girls cannot attend school. Many young people outside of the country know this, but it is difficult for them to conceive just what this means for a young Afghan girl their age. In his story, Jalal Nazari, an Afghan now living in Canada where he is a Global Journalism Fellow at the University of Toronto Dalla Lana School of Public Health, takes us inside Kabul homes, where about 30 teenage girls meet secretly twice a month to improve their reading and writing skills. To hear the girls and their teacher speak adds a highly personal dimension to a conflict that for many young people remains distant and abstract. The courage they show in the face of Taliban strictures is a reminder to young people everywhere that education is a privilege not to be taken lightly.

Exercise: Ask your students to interview their parents, asking them why education is important, and then to write an essay quoting their parents and adding their own thoughts. 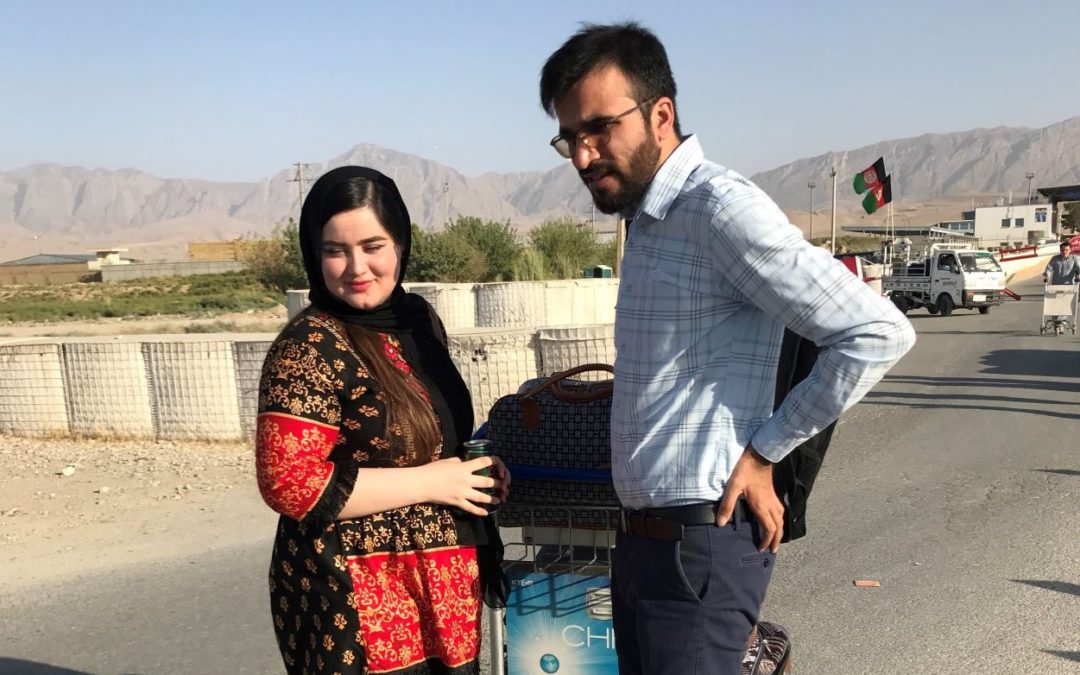 How I fled danger in Afghanistan for refuge in Ukraine

My pregnant wife and I were lucky to escape Afghanistan after it fell to the Taliban. We have swapped danger for refuge and bewilderment in Ukraine. The author and his wife bid farewell to their families at the entrance to Mazar-e-Sharif airport in Balkh province,...

Journalist Zamir Saar delivers a first-hand account of his and his wife Kamila’s experience escaping Afghanistan after the country fell to the Taliban in August. Grateful for refuge in Kyiv, Ukraine, far from the violence and downward economic spiral that face their native land, Zamir and Kamila — five months pregnant at the time they fled — now find themselves unsettled by makeshift living arrangements and uncertainty about their future. As Zamir notes, the hardest part has been leaving the familiar spaces in their home towns and finding nothing so far to replace them in their new environment. But there’s also recognition that there’s only so much a receiving country like Ukraine can do.

Exercise: Ask students to think about what makes them feel most at home and how they might recreate those things in an unfamiliar environment. 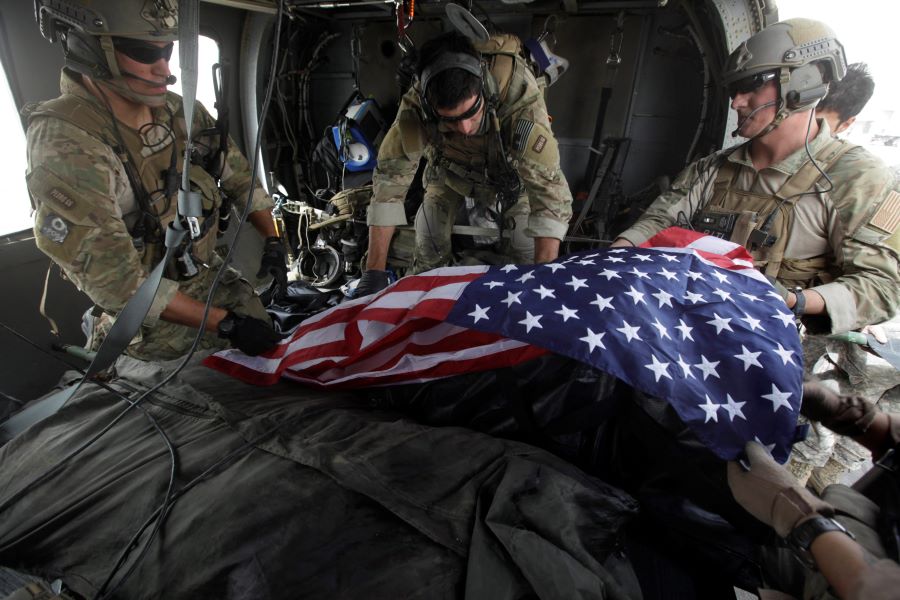 We knew some Afghanistan lessons long ago. Others need time.

Many of us sensed a doomed U.S. mission in Afghanistan years ago and had drawn lessons. But the final costs of the invasion are still being tallied. U.S. soldiers drape a flag over a fellow serviceman killed on 29 July 2010 in Kandahar province, Afghanistan. (AP... 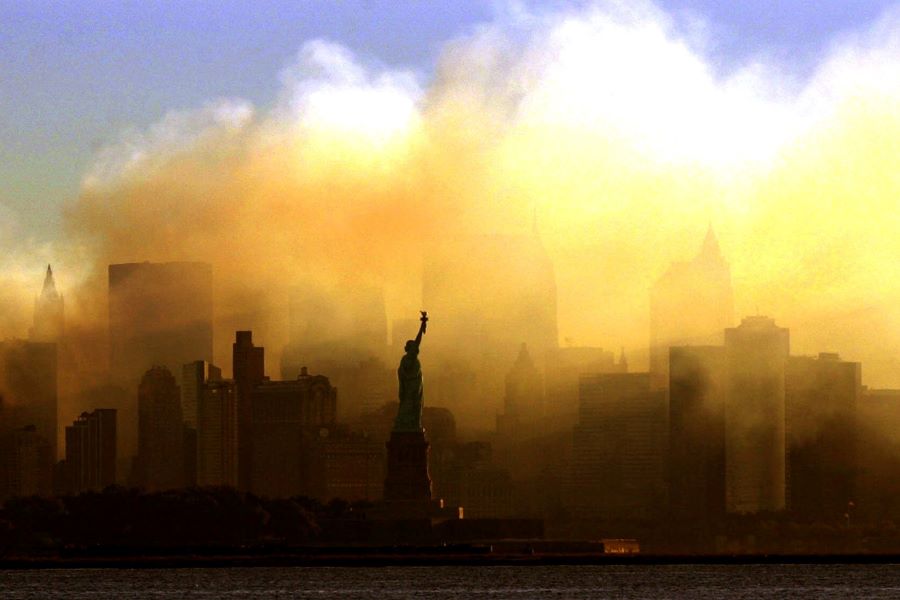 Is the U.S. superpower decaying as the Roman Empire did?

Primitive tribes helped topple the powerful Roman Empire. Did attacks on the U.S. by Islamist extremists 20 years ago augur the end of a superpower? The Statue of Liberty and New York City’s skyline as smoke rises from the ruins of the Twin Towers, four days...

We often hear that history repeats itself. A core tenet of News Decoder’s mission is to help students place current events in a broader historical context. Correspondent Gene Gibbons looks beyond today’s headlines all the way back to ancient Rome to show how pride, corruption, strategic overreach and other political mistakes have contributed to the decline of superpowers, then and now.

Exercise: Ask students to debate the question in the headline, providing evidence for their position. 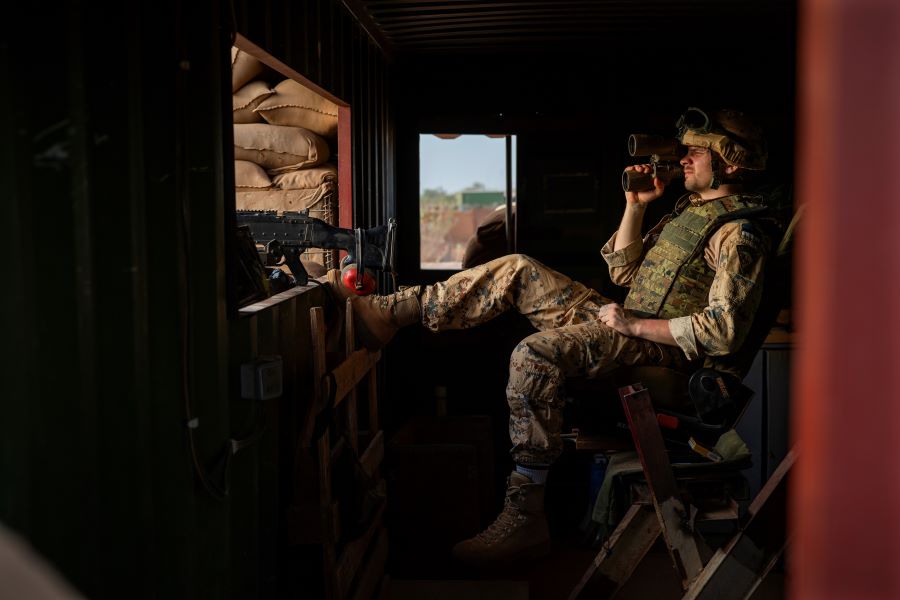 Islamist extremists are threatening fragile nations in West Africa. Will Afghanistan’s fall to the Taliban yield lessons for France in the Sahel? A soldier guards a Western military base in Gao, Mali on 6 June 2021, days after France announced the end of its...

When it comes to world politics, major news outlets often focus on one place at a time, obscuring important events unfolding elsewhere that can cause geopolitical ripples. In this article, News Decoder’s Jessica Moody shines a light on extremist violence plaguing West African nations in the Sahel, the semi-arid region below the Sahara. She draws parallels between French military involvement in the region and the United States’ recent withdrawal from Afghanistan, highlighting the global challenge of preventing extremist groups from proliferating in fragile states.

Exercise: Ask students to search news sites or newspapers for a global story that is not on the front page, then have them share their findings and explain why we should pay attention.