Ukraine has had two revolutions and a war since 2004 but is still mired in conflict and graft.

Four years ago, the then nascent war in eastern Ukraine suffered its most spectacular tragedy.

A Malaysia Airlines Boeing 777 flying to Kuala Lumpur from Amsterdam exploded over rebel-held areas of the Donbass mining region on July 17, 2014, killing all 298 people on board.

The disaster added unwelcome drama to the first weeks in office of the new Ukrainian president, Petro Poroshenko, an oligarch known as the “Chocolate King” for his Roshen chocolates, still made in both Ukraine and Russia, and as the owner of the TV news channel 5 Kanal.

Ukraine accused Russia of downing flight MH17, while President Vladimir Putin said Kiev was at fault, not least for not banning flights over a war zone.

Ukrainian channels aired a video in which a mobile Soviet-designed Buk anti-aircraft battery, minus one of its missiles, appeared to cross into Russia, pointing the finger at regular Russian units, not at pro-Russian rebels.

On social networks, the Russian claim was ridiculed: the airliner in the TV images was not a 777.

Then in May of this year, the official investigation led by the Netherlands – 196 of the dead were Dutch – charged Russia, saying the Buk missile was fired by the 53rd Anti-Aircraft Brigade based in the city of Kursk.

The armed conflict still drags on.

Poroshenko took office in June 2014 after an election was called when President Viktor Yanukovych fled to Russia amid protests over his decision to favor a Russia-led customs union over closer ties with the European Union.

With Yanukovych gone, Russia annexed the Crimean peninsula, and in April, rebels in the Donbass broke away from Kiev, sparking the conflict that still drags on.

Last September, the Office of the United Nations High Commissioner for Human Rights put the total war dead at 10,225, fighters and civilians, from 2014 to mid-August 2017.

The “Euromaidan” was the second upheaval in Ukrainian politics in a decade.

In 2004, the Orange Revolution prompted a re-run of the second round of that year’s presidential election after charges that ballot box fraud had given Yanukovych victory.

Both revolutions, centered on Kiev’s Independence Square, or “Maidan,” flared against a background of public anger at political elites seen as corrupt and at a judiciary and police open to political pressure and bribery.

With Poroshenko now in the last months of his term before elections next May, little has changed.

Poroshenko is accused of favoring his business interests over affairs of state and of using the war as a pretext to delay essential economic and institutional reforms, a situation that only benefits oligarchs.

Graft threatens Ukraine as much as war.

A Kiev International Institute of Sociology poll of 2,005 respondents in June put Poroshenko’s support at 8.5 percent, far below the 54.7 percent that swept him to a first-round victory in 2014.

Leading the poll with 19.5 percent was Yulia Tymoshenko, the firebrand of the Orange Revolution. But several political analysts doubt the victory of established politicians in 2019, saying they expect fresh candidates to emerge and change the picture.

One Poroshenko detractor is Mikheil Saakashvili, former president of Georgia, who studied law with Poroshenko in Kiev.

Poroshenko named him governor of the Odessa region in May 2015. Saakashvili quit after 18 months, saying Poroshenko condoned corruption, making efforts to clean up Odessa pointless. Saakashvili was expelled from Ukraine in February.

Another is Valentyn Nalyvaichenko, a former diplomat who served as head of Ukraine’s SBU security service after both revolutions. Poroshenko fired him in mid-2015 after Nalyvaichenko said he had uncovered financial crimes committed by officials.

For Nalyvaichenko, graft threatens Ukraine as much as war, and he heads an association to fight corruption, claiming a membership of 10,000, and another to bring medical care to the Donbass.

It may be Nalyvaichenko, or someone similar, who takes the presidency next year. 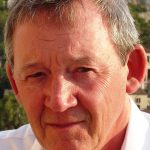